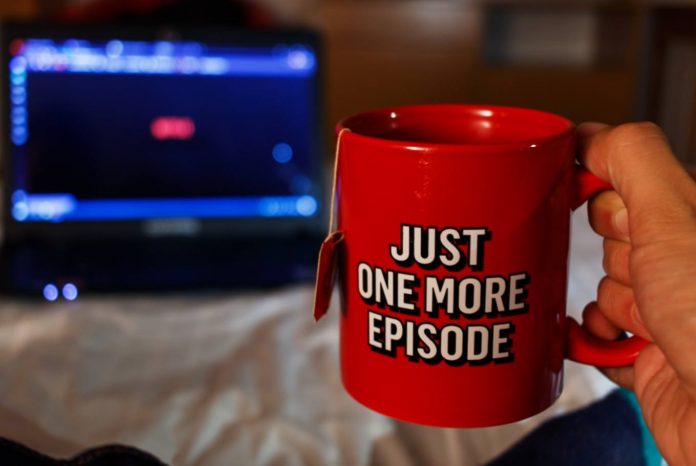 2019 was a great year of brand new releases and follow-ups to some of our favorite shows. But 2020 is already looking to be another one packed with full-throttle action, romance, laughs, and spine tingles as we welcome a new stack of TV pleasures to our monthly subscriptions. Here are a few that have been the talk of the online world so far.

Inspired by the sci-fi novel The Old Axolotl by Jacek Dukaj, Into the Night is an upcoming series about the sun suddenly and irrevocably destroying everything in its path. The story revolves around a flight of passengers from multiple ethnicities, ages, and backgrounds, and their desperate attempts to survive the world-eating catastrophe that is imminent. The show is the first original Belgium series and is produced by the creator and writer of the hit series Narcos.

Steve Carell is well known for his antics in TV and movies like the 40-Year-Old Virgin and Evan Almighty. The comedian is due to crash land another comedy show on Netflix in 2020, as a parody inspired by Trump’s decision to establish a military branch called ‘Space Force’. News of dates and the plot synopsis is yet to be released, but it’s said to be a workplace comedy -meaning it’s probably quite similar to The Office. If that’s the case, it’s bound to be a winner!

Ghost in the Shell 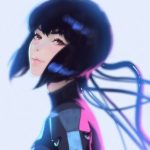 The latest series of Ghost in the Shell features the same heroine Motoko Kusanagi as it does in the Shirow Masamune manga, TV shows, and movies. More excitingly, this is the first-ever take on the fictional cyberpunk world made entirely in CGI.

And although not much is yet known about how the plot will unfold, anime fans are already feeling the suspense from the first trailers that were released at the end of last year. 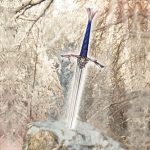 Co-produced by Sin City writer Frank Miller, Cursed is a series based on the Arthurian legend. The story is told through the eyes of a strangely gifted teenage girl called Nimue, alongside her young mercenary friend, Arthur. The plot sets the pair on a quest to find Merlin the magician to deliver an ancient sword. It looks exciting, to say the least. And with the recent release of The Witcher, it seems to be a prime time for historical fantasy in the series world.

Netflix hasn’t announced a release date for this 6-part series yet, but the brief details that are known already give off some unnerving vibes. The series is about a single mother named Louise, who has a heated affair with her psychiatrist, David. In a strange twist of events, Louise ends up meeting David’s wife Adele, and forming a friendship, and some dangerous secrets start to surface. Make sure your nails are cut short for when this one arrives!

Messiah is based on a modern-day concept of a Middle Eastern man who claims to be the Son of God. A female officer within the CIA soon catches on to the news and begins to conduct an investigation into whether he is the genuine Messiah or a plain deluded clip artist. The first season was up on Netflix on January 1 and received a good response from critics. Season 2 is now in the making and likely to be released in 2021. 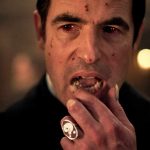 In a sadistic and slightly humorous 3-part series, a man is prized with the task of dealing with Count Dracula’s real estate affairs. However, his assistance to the Count (who at the beginning appears to be no more than a frail and decrepit old soul confined to his castle) comes at a great cost to others and his own mortality. It’s a tale that unfolds in the most gruesome way, and it’s a brilliant twist on the original story from Bram Stoker.

Killer Inside: The Mind of Aaron Hernandez

Killer Inside is a docu-series that gives insight into the former New England Patriots tight end Aaron Hernandez. The story delves into the timeline of his life, including his violent and abusive upbringing, his transition into the world of NFL stardom, and how he was later convicted for the murder of his brother-in-law before committing suicide in 2017. It’s a gripping 3-part series that features real trial footage, along with interviews from close sources. 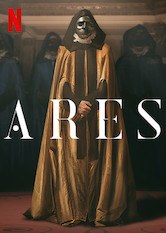 The new series is the first original Dutch production on Netflix, and features two friends who become involved in a secret student society in Amsterdam called Ares. But things aren’t what they seem when they discover that the cult-like group was founded on some of Amsterdam’s most dark and disturbing secrets.

Before they know it, the pair is entangled in a nightmare, offering little chance of escape. The 8-part psychological horror is set to raise a few hairs when it airs on January 17.

Self-Made is a series inspired by the biography of Madam C.J. Walker, an African American hair-care industry tycoon who went on to become America’s first black, self-made female millionaire. It illustrates the struggles she faced in her lead up to success, including family troubles, dysfunctional marriages, and hostile competition. It also depicts her contribution to society and her philanthropic attitude, which earned her a reputation as one of America’s greatest female entrepreneurs.

These are just a few of the new series on Netflix in 2020 to get excited about, but the streaming giant has also confirmed new continuations and seasons of popular series to come this year too, including Stranger Things, Big Mouth, The Crown, Glow, Lucifer, and possibly season two of The Witcher.