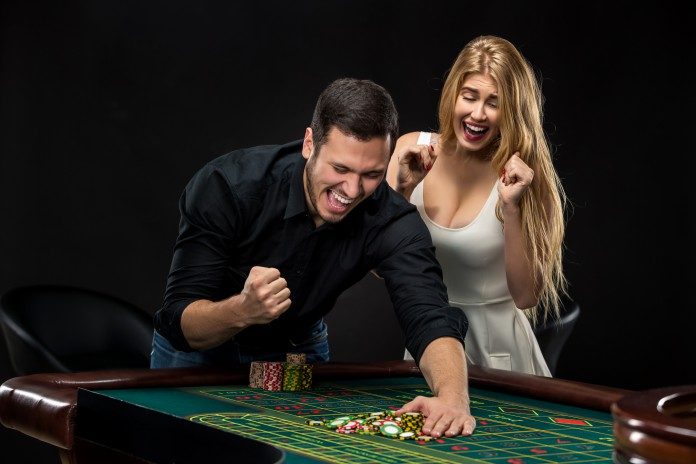 If you’re getting a little bored of placing the same old wagers on the Super Bowl or on the outcome of your favorite team’s latest season, you’re probably looking for something a little more unusual to capture your interest.

One of the most bizarre wagering topics for this year is likely to be on the fate of North Korea and its leader, Kim Jong-Un. Just some of the strange bets you can place include odds on which destination Jong-Un will visit next or the method by which he will eventually be removed from power. As you might expect, the outside shot is on the leader tendering his resignation. But, if you are looking for a sure bet, you can get odds of 1/10 that the only way he’ll be leaving his post is when the Grim Reaper comes for him.

North Korea appears to have inspired a number of other betting scenarios, too. Will an NBA game likely be held in North Korea at some point over the next decade? Will the country bid to host the Olympics? Will it offer the United Kingdom a trade alliance after Brexit? Will Kim Jong-Un will try to emigrate to the United States? Will Kim Jong-Un challenge the U.S. president to a round of golf in an attempt to resolve their dispute? Even more weirdly, you can get odds of 100/1 on Kim Jong-Un demanding to have his face added to the famous Mount Rushmore or odds of 66/1 that a Donald Trump statue will be put up in North Korea during 2018!

While it may seem to be a bit of a pointless wager to make, since we’d all be dead and unable to claim our winnings, the odds of the planet being destroyed during 2018 currently stand at 500/1, and if you’re keen to bet on the macabre and don’t care about never being able to cash out should the worst happen, this could be a good choice for you.

Since we are discussing macabre wagering topics, in Taiwan there has recently been a new betting craze with wagers being placed on how long people who are sick and in local hospitals are likely to survive. A membership fee is charged to enter the game, with bookies then going into hospital to assess the chosen patient’s chance of making it through. Shockingly, most people are placing wagers on their own family members’ survival, with winnings being spent on the funeral!

Slightly less grim, No. 4 on the list is a wager on whether we are alone in the universe. Wagers on whether alien life will be discovered is becoming big business for bookies and begin with odds on whether first contact will be made this year, and stretch up to 2020 and beyond.

If you’d rather restrict your wagering to sporting activities, how about placing a bet on one of the weirdest sports there is – cheese rolling. Yes, this bizarre activity involves participants rolling enormous cheeses down a hill, with the winner being the first over the finish line.

Apparently, officials for the sport once actually applied for it to be officially recognized for inclusion in the Olympic Games. But, tragically for them, the application was turned down, thus denying the rest of the world the opportunity to experience this thrilling sport. Nevertheless, there are plenty of punters who still like to take a flutter on its outcome.

Ever heard of bog snorkeling? If not, you’re probably not alone. That hasn’t prevented some crazy betting fanatics from taking a punt on it in the United Kingdom. Each year, when Britain’s notoriously poor weather is at its absolute worst, competitors from all over the world come to the U.K.’s marshlands, put on snorkels and flippers, and participate in the world championship of this unusual sport.

The winner is the participant who manages to complete two lengths in the shortest possible time. In fact, not only is there a thriving betting market in this sport but, in the past, the event was even sponsored by a gambling company!

Another sport that most people are completely unaware of is Pesapallo, the Finnish national sport. Not only popular in Scandinavia, it also has a surprisingly large following in Switzerland, Germany, and Australia and is a popular sports market. Similar to baseball, Pesapallo involves hitting a ball with a bat and the outcomes of the biggest events can often be wagered on with Scandinavian bookies.

Another lesser-known sport, floorball is a form of hockey that has overtones of lacrosse about it. First developed in the 1960s in Sweden, this game is often found being played in Europe, especially in Denmark, the Czech Republic, Norway, and Estonia. It is now also spreading further afield to Australia, the United States, Canada, Singapore, and Japan. Its increased popularity means that more bookmakers are now starting to offer competitive odds on the organized matches. So, if you haven’t already placed a wager on this activity, now would be the time before it really takes off in the next few years.

Recent years have seen some very odd animal-themed bets, with Boo the Monkey and Paul the Octopus having been used to predict the outcomes of various events, such as the 2016 Presidential Election and the 2010 World Cup. However, the most recent trend has been to use ferrets for wagering.

It works by placing a ferret in a cage that has a number of exits, each with its own number. The tunnel chosen by the ferret is then the winning number. Those who have wagered on it get their pay-out. Although there were originally tales of tampering with the tunnels, it hasn’t put people off betting on these animals!

Of all the sports that could be accused of being sexist, wife carrying really does have to be at the top of the list. And, yes, it really is recognized as a sport! Once viewed as more of a comedy activity, these days things have taken a more serious turn and there are now yearly championships held around the world. One bookmaker has started offering odds on the outcome of the event, so watch this space because where one bookie goes, others are sure to follow!

These are just 10 of the oddest wagering opportunities out there. But, there are plenty more unusual betting markets to choose from. From the predicted outcome of the final “Game of Thrones” season to the possible name of the next Kardashian baby, you’re sure to get a kick out of the odds you can be offered and just as much of a thrill from your wager as you would get if you were betting on the Super Bowl!