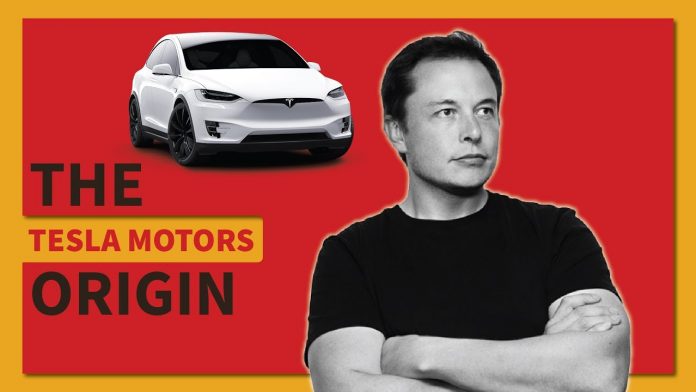 What do you get when you combine cutting-edge technology and alternative energy ideas, with a pinch of altruism thrown into the mix? Silicon Valley’s first auto company, Tesla, Inc., is the juggernaut company powered by engineer and tech icon Elon Musk. With its expanding network of subsidiaries involved in electric cars, batteries, power walls, and solar panels, Tesla envisions a world free of fossil fuels, powered by the sun.

The Man behind the Name

Tesla Motors was founded in July 2003 by engineers Marc Tarpenning and Martin Eberhard. The inspiration for the company name was derived from genius inventor Nikola Tesla (1856-1943). The Serbian-American inventor was best known for his discoveries and inventions, which were created for the purpose of helping humanity. Most of his ground-breaking inventions were patented and popularized by Thomas Edison, who largely received credit for Tesla’s best work. Tesla was also one of the earliest pioneers in the fields of radio (credited to Marconi) and x-rays (credited to Roentgen).

Nikola Tesla’s forward-thinking, futuristic inventions in the Industrial Age led to the most important advancements in the Information Age. Without Tesla’s pioneering work in alternating current and transistors, you would not be reading this on your electronic device right now.

Engineers Marc Tarpenning and Martin Eberhard created Tesla Motors in 2003 after GM recalled and destroyed its EV1 electric cars. The EV1 never went into production, and it was only tested by a few dozen members of the public. People were enthusiastic about the idea of a zero-emission car, but GM decided that it was not profitable enough. This led to speculation that the world’s leading oil companies quashed the production of anything which could potentially replace their oil-guzzling products.

Tarpenning and Eberhard heeded the call for a better car; they created Tesla Motors with the sole purpose of creating and innovating a fully electric commuter vehicle for the public. Part of the public’s concern with electric vehicles was their poor speed performance and the need for constant recharging. People wanted to keep their fast cars and drive them longer distances, so they were not ready to fully embrace the electric automobile. With this in mind, Tesla Motors set out to create a car which would surpass all expectations and set new records. And in 2006 that’s exactly what they did. 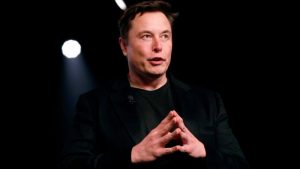 In the early years of Tesla Motors, the road to success was potholed with financial and power struggles within the company. Billionaire tech cowboy, physics scholar and entrepreneur Elon Musk entered the scene to kick some tires. The former PayPal magnate and novice rocket scientist (SpaceX) joined Tesla with his eye on the future. After conceiving of a Mars colony to insure the future of humanity, Musk created the cost-effective Falcon rocket systems to propel us to our future home. In the meantime, back on Earth, mankind needed a faster electric car.

With backgrounds in physics, tech, electrical engineering, and computer science, Musk, Tarpenning, and Eberhard were not setting out to reinvent the wheel—just the motor that moves it. Musk eventually took over the CEO role in the company and devoted his time and energy to product development and design. After various rounds of capital investments and private funding, Musk decided that the fastest way to move electric cars into the mainstream was to design them to be the fastest cars in the world. 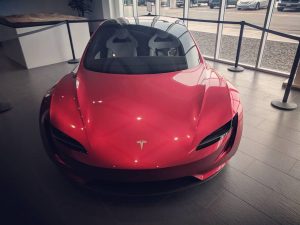 Elon Musk decided that building an electric sports car was the best way to get the public’s attention. He wanted to build an electric motor capable to leaving fossil fuels in the dust. The Tesla design team was primarily concerned with developing a high speed, high-efficiency electric engine to power the car of the future. In order to achieve this, they partnered with the Lotus Group car manufacturers. Lotus would produce the sleek, luxurious ‘glider’ cars (shells with no motors or power train), Tesla would supply the motor to move it.

Weight, power, and surface area are the three major factors affecting the top speed of any given automobile. Sports cars are fast because they combine a powerful engine with a sleek, lightweight body. In order to compete with the big boys, Tesla would need to reinvent the entire concept of power distribution. With a sleek body supplied by Lotus, Musk and company needed to design the entire power train of their concept vehicle, including the motor, transmission, batteries, and drive system.

Rather than designing the entire Roadster from scratch, Tesla partnered with existing high performance auto companies to manufacture the basic parts. Lotus supplied the body, BorgWarner built the transmission, and Tesla developed and expanded on the provided materials. The electric motor weighs only 70 pounds, but the battery system—over 6,000 lithium ion cells arranged into 11 sheets—tips the scales at nearly 1,000 pounds. But with its lightweight carbon fiber body and motor, the Roadster is still much lighter than the average oil-guzzling auto.

Regardless of how powerful your engine is, torque is king. Internal combustion engines need to burn fuel, pump pistons, and transfer all that energy to the wheels via shifting gears and a drive train. The Tesla Roadster’s 3-phase, 4-pole, 288 horsepower induction electric motor immediately delivers a maximum torque of 295 pounds-feet straight through the powertrain to the wheels. The transmission is locked into a single gear, eliminating the need to fumble through 5 gears for speed.

In its final version, the mighty Tesla Roadster left the most powerful gas-burning sports cars in the dust, and set new records for speed. The Roadster zips from zero to 100 km/h in 3.7 seconds, and its top speed is electronically limited to 201 km/h (125 mph). It has a driving range of 400 miles on a single charge. But with a price tag of over $125,000, the Tesla Roadster was still out of reach of the average driver. 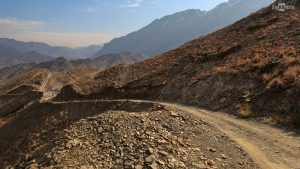 Despite several investment rounds and solid partnerships, Tesla had a tough time maintaining profitability, as sales figures were not high enough to guarantee a strong future. However, a loan from the US Department of Energy infused Tesla with $465 million. To further cut costs, Tesla began manufacturing more of their own proprietary components, thus reducing the company’s dependence on supply partners. On June 29, 2010, Tesla launched its initial public offering on NASDAQ. 13,300,000 shares of stock were issued at $17.00 per share, raising $226 million. At this point, Tesla began working on early models of affordable electric cars, the Model S and Model X. 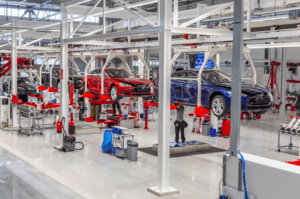 Starting in 2012, the Model S and X Tesla cars rolled out of the Tesla factory to an increasingly hungry public. By September 2018, the Model S reached global sales of 250,000 units, making it the world’s second-best-selling plug-in electric car in history. Tesla plans additional electric car models, including a Tesla Semi for trucking, and a Model Y full-sized SUV for families. To meet the demand for charging its electric vehicles on the go, Tesla has installed nearly 1,400 Supercharger stations around the world, with a total over 11,000 supercharging units.

Due to the massive amount of batteries, battery racks, and charging devices needed to power a fleet of electric cars, Tesla opened separate factories to produce these components. Known as Gigafactories, these powerhouses produce Powerwalls and Powerpacks in addition to battery cells. Not satisfied with simply driving the public electrically, Tesla also manufactures electric power solutions for smart homes and solar panel energy networks. Gigafactory 1 is located outside of Reno, Nevada, and Gigafactory 2 is located in Buffalo, New York. Tesla manufactures its autos at 2 factories in Fremont, California, directed from corporate headquarters in Palo Alto and Amsterdam.

Tesla acquired SolarCity to advance the dream of a society powered by the sun. The solar energy division of Tesla designs, manufactures, and installs solar panels, solar roof tiles, Powerwalls, and Powerpacks. When installed as a network, the average home becomes a mini power plant which produces, stores, and distributes its own energy—absorbed entirely from the sun.

Tesla is devoted to a clean energy future, and Elon Musk also has his eye on a Mars colony in the not-so-distant future. Powered by his company SpaceX, Musk has already launched several of his Falcon heavy rockets into space on a series of test runs. But to really drive the space travel point home, Musk launched a publicity stunt of galactic proportions. He strapped his personal Tesla Roadster onto a Falcon 9 rocket and launched it into space, where it is now sailing smoothly through the cosmos.