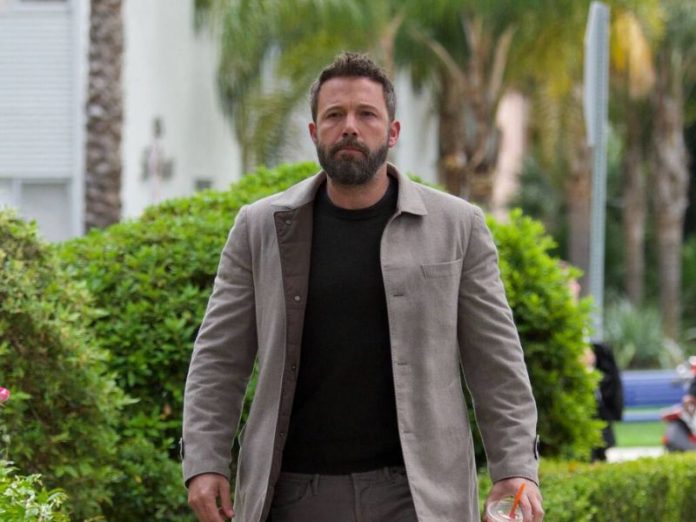 Recovering alcoholic, blackjack menace, and A-list Hollywood actor Ben Affleck was spotted visiting a commercial casino on October 27. According to sources at TMZ, he entered the casino at around 1AM after walking out of the UNICEF Masquerade Ball in a clearly inebriated state just hours before.

The 47-year-old then sat down to a poker table with $20,000 worth of chips and his blonde accomplice (believed to be his new woman, Katy Cherry). Although the table was full, the dealer allowed the pair to pull up chairs and sit down anyway. After 12 minutes, Affleck allegedly won $1,500 on the game, then left the casino with Cherry immediately after.

In spite of his mini success, the actor has admitted to an alcohol addiction in the past, which he sought treatment for in a 40-day rehab program last year. He was also thought to be suffering from a gambling disorder in recent years, after getting banned from a blackjack table at the Hard Rock & Casino Las Vegas in 2014. He openly told the media that he was chucked out for counting cards, but this was not the case and he just happens to be “really good at it.” Security and staff stopped him from playing any other blackjack games, but welcomed him to try their other table games including Chinese poker.

“That is a true story. I mean, that took place,” he said. “I took some time to learn the game and became a decent blackjack player. And once I became decent, the casinos asked me not to play blackjack. I mean, the fact that being good at the game is against the rules at the casinos should tell you something about casinos.”

Affleck says he doesn’t partake in any other games of chance, nor does he ever bet on sports or casino games –but he really likes blackjack. And when he split from ex-wife Jennifer Garner, tabloid rumors spread that the end of their 10-year marriage came as a result of Affleck’s compulsive gambling and drinking habits.

“They completely lie. I mean, I can show you 10 articles of Star and OK!—those magazines feel totally comfortable absolutely fictionalizing every single element of the story. And there’s nothing you can do about that. My only hope is that people with any common sense recognize that those stories are false. And, I don’t know, there are worse stories…”

In the Game for Decades

What didn’t help his defense in the lead up to his divorce was the fact that just a few days before the court papers were signed, the father-of-three was seen playing a high-stakes poker game at a casino on 2 separate occasions.
Before the pair met in the early 2000s, Affleck was regularly seen playing in the poker rooms at Beverly Hills Hotel, hosted by the legendary Molly Bloom – the real life inspiration behind the blockbuster Molly’s Game.

On one occasion, Affleck bought into one of these games for $50,000. He was accompanied by fellow celeb Leonardo DiCaprio at the table, alongside Tobey Maguire who is also known as one of the world’s celebrities with a big gambling problem. Both actors apparently had their own unique and slightly unorthodox playing styles according to Bloom. In her book she writes how “DiCaprio had a strange style at the table…almost as if he wasn’t trying to win or lose,” she writes. “He folded most hands and listened to music on huge headphones.”

Maguire, on the other hand, was apparently “greedy and moody” and unpleasant to Molly throughout a number of games. Even though he was frequently the winner, he would only give her a very small tip. On one occasion, he allegedly asked her to “bark like a seal” for his entertainment and when she refused, he threw a complete hissy fit.

Even if Affleck truly does have a gambling problem, at least he’s not forgotten his manners in the thick of it.