Think back for a moment about your favorite logos from your childhood. What were they? Were they for a kid’s cereal or a fun drink? Maybe it was for a place of entertainment or a restaurant? There is a reason you remember a logo long enough to bring back good memories, and casino logos are no different.

For all the great casino logos out there, some logos chosen by casinos have not been as good as they could have been. Read on to find out what makes a good logo, and which logos made the cut as the best casino logos of all time.

What Makes a Good Logo?

In order for a logo to be good, it has to have certain characteristics that make it so. First, the logo must be simple. Simple logos let people know what the brand is, or what it represents without too much clutter to confuse the consumer. This is especially true if the logo has been around for a long time. In addition, the logo needs to be recognizable, and, again, this is especially true of companies that have been around for a long time.

For example, the logo above really needs no introduction. You do not even have to have the name to know that this is Coca-Cola’s logo, even though no words, cans or bottles are present. The logo is simple and recognizable.

With regard to Coca-Cola, its logo also fulfills another requirement– functionality. Logos are placed on everything from hats to T-shirts to web advertisements, and it must look good in all those different media. Finally, logos have to be relevant. While Coca-Cola has not changed its basic logo, it has changed how the logo is presented on packaging over the years to remain relevant.

Here are some casino logos that represent the best logos possible for the industry. 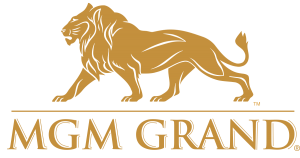 Two of the most easily recognizable logos in gambling are also two of the best logos in the industry. The MGM Grand Hotel and Casino in Las Vegas has been operating in the city for 25 years, but the company itself was recognizable before as a movie studio in Hollywood. The casino boasts 171,000 square feet of gaming space and nearly 7,000 rooms, making it one of the largest on The Strip. In addition, Caesars Palace is one of the oldest casinos in the area. It is more than 50 years old. The resort has nearly 4,000 rooms and 125,000 square feet of gaming space. 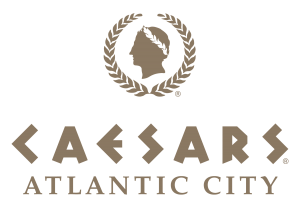 Since gold is associated with wealth and luck, it makes sense that two casinos would use gold as their primary logo color. They kept their designs simple and did not try to clutter up the logo with details they did not need. Although both logos have changed a little over time, the essential color and logos themselves haven’t changed. Lions denote royalty and power, and the Roman Empire was considered one of the wealthiest in history. So, it makes sense that the casinos would want to be associated with wealth and power.

Like the other two casinos in Las Vegas, the Bellagio uses a simple logo with a touch of elegance, which reflects the elegant décor and expression of taste the casino offers its clients. While the Bellagio is owned by MGM International and has gold in its logo, the logos are different. The Bellagio has nearly 4,000 rooms and 116,000 square feet of gaming space. The Bellagio, with its fountains in front and its amenities, is considered one of the most elegant casinos in Las Vegas. So, the elegant logo is fitting.

In contrast to the elegant gold logos of Las Vegas, one of the most interesting new logos in the market is from a casino that has not even opened yet. The Ocean Resort Casino, which opens at the end of June in Atlantic City, uses the water as its theme, which is also demonstrated in its logo. While it does not exude elegance and gold the way the Las Vegas logos do, the logo is striking nevertheless in its use of repeating blues in the background and on the logo itself, which gives it the impression of a luxury cruise.

The Ocean Casino Resort, which is on the Boardwalk, is designed to blend in with the water. It is an elegant jewel that sits on top of the ocean, with over-the-top service and amenities. All the rooms feature a view of the ocean, and the theme throughout the hotel is luxury understated—which is why this logo is sure to be a winner.

The Venetian Macao, modeled after its sister casino in Las Vegas, has another logo that demonstrates gold and power, which speaks to wealth and luxury. Although this logo is a little more complicated than the others demonstrated here, it is worth noting that it is the logo for the largest casino in the world. The resort features 3,000 hotel suites, and 500,000 square feet of gaming space — which includes VIP rooms, table games, and slot machines. The resort also boasts a separate area with shops and an arena for entertainment that seats 15,000 people.

The area of the resort, just like the logo, is imposing. It is done all in gold, which reflects the lights from the area, as well as sunlight. It is meant to be marveled at, and the logo appears to be designed in the same manner. Although the lion has been used on other casino logos, Chinese culture notes that lions are protectors, and winged lions have been used as guardians in front of buildings. This logo, while cluttered, is nevertheless guaranteed to be memorable.

And For the Small Casino Entry

Bear Claw Casino, a First Nations casino in the Canadian province of Saskatchewan, has 30,000 square feet of gaming space and a small hotel. The casino floor boasts 132 slot machines, four gaming tables, and space to camp out in tents or RVs. As a representation of the tribe’s heritage and beliefs, the Bear Claw casino logo is instantly recognizable. The bear is not only sacred to the White Bear First Nations Tribe, which owns the casino, but to other First Nations tribes. The logo is simple and reproducible, and T-shirts with the logo on it have become a staple in the area.

Logos not only represent one part of a casino’s operation but many different parts as well. They have to be combined into one singular aspect, which represents the casino as a whole. When you are thinking about logo designs for a casino you have visited in the past, or will visit in the future, what logos stand out for you? What logos are forgettable? Are you happy to get products from a particular casino with the logo on it, and not so much from others?

Logo design is an important part of casino branding and sets the casino apart from its competitors. Casinos that want to attract more customers to their properties know that branding is important, which is why you can’t look anywhere in a casino without seeing a logo.