Are you planning to surprise a tech geek this Christmas? Whether it’s just a Lego set, a smartwatch or a new pair of headphones, you will need to pick wisely. Fortunately, you cannot go wrong with the Christmas gifts mentioned in this article.

This assortment of geek-friendly gadgets covers the entire range of great inventions from 2018. They vary from the Bose’s sleep-inducing earbuds to the PlayStation Classic, as well as other amazing tech essentials. If you want to widen your gift-giving horizon to a tech geek this festive season, then look at this compilation:

Some people consider “Yellow Submarine” to be a good movie. On the other hand, it makes for a fantastic turntable design. Basically, Pro-Ject The Beatles Yellow Submarine is a tribute to Ringo’s biggest hit. It is an ideal gift for a Beatles fanatic who simply has it all. Its designer Pro-Ject is an Austrian audio equipment company that has taken the industry by storm. Therefore, it means this gadget, which comes with a glass platter, will have the best sound on Earth. It is quite affordable if you must get it online. 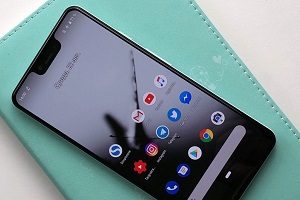 If you are planning to upgrade a tech geek’s handset this Christmas, here is an option for you. Forget about the latest iPhone or Galaxy. Not only is this Google’s greatest handset, but it is also the latest Pixel on the market.

There are so many reasons why this gadget serves as the best Christmas present for a tech geek. To start with, its camera will upgrade his or her socializing game to the next level. This has been made possible by the amazing algorithm-related trickery Google installed in the camera. If the person likes to take selfies, there will not be a problem. The phone comes with a wide-angle camera in the front. 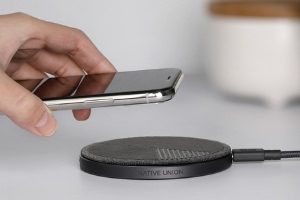 There are so many things that seem so simple but are very tedious. One of these is fumbling around for a phone charging cable, especially when you are about to go to sleep. Have you ever imagined if your tech friend is going through that? Well, the best gift to give him or her this Christmas would be the Native Union shiny wireless charging pad.

A great thing about this gadget is that its fully compatible with leading phone brands, such as the Samsung Galaxy S9 and iPhone XS. If your friend has other handsets, this gadget will work immediately after he or she puts a phone on it.

It is the best Christmas present you can give your tech friend. It will opt him or her out the daily farce of looking for a phone charging cable.

Just five words can command this gadget to turn on the TV as quickly as possible. You don’t need to scramble around looking for the TV’s remote control. Just say, “Alexa, turn on the TV.”

It works much easier and better if you connect Fire TV boxes or sticks by Amazon to the same television. You just use your voice and jump straight into your favorite Netflix show. Isn’t it amazing to give a tech geek such a cool gift?

And, do not forget that this is a Sonos speaker. Sonos is a brand that is inseparable with a high-class audio game. 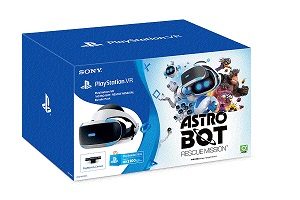 Sony manufactured the PlayStation 4 virtual reality headset two years ago. That means the gadget is slowly starting to come of age. One advantage of this is it contains some of the best classic titles a tech guru will love.

However, there has been a surplus of great titles released this year. Key among them have been Astro Bot, The Persistence’s space-age horror, and Moss, the Disney-like fairy tale. Astro Bot is a giddy platformer and it can rank higher than great titles, such as Red Dead Redemption 2.

Astro Bot Rescue Mission and PlayStation VR are the best choices to give a tech person this Christmas. This is especially true if the person is looking forward to enjoying his or her favorite classic video games.

Honestly, this is one of the gadgets that many people have dreamed of owning. And, so, if you have a tech geek in mind, you know what to give him or her. While he or she might not really stop you from snoring, the Bose’s Noise-Making Sleepbuds can block it.

The gadget will direct soothing ambient sounds into the lugholes of the person using them. Above all, the Noise-Making Sleepbuds are entirely wireless. For an easy fit, Bose designed them in three sizes. They can also work as alarm clocks.

This is one of the best presents for a tech geek this Christmas.

Much like the tenure of Jose Mourinho at Manchester United, the reports of Polaroid’s demise have been greatly exaggerated. The Polaroid’s Mint 2-in-1 combines a 16-megapixel camera with a printer. This makes it work so easy.

It basically mirrors the way a smartphone snaps a picture. And, it obtains a physical moment of each shot afterward. If the tech geek loves to document Crimbo, then the Polaroid’s Mint 2-in-1 is the best for him or her.

Originally, Nintendo and Sony partnered to roll out PlayStation. That is why the console cribs from the SNES Classic Mini devices and the popular NES by Nintendo are inside. PlayStation Classic by Sony is one gift that any tech geek will appreciate.

The device comes with a full-sized re-creation of the DualShock controller and other classic titles. The titles here include Tekken 3, Ridge Racer Type 4, and Final Fantasy. Operating this gadget is very easy. A person can just connect it to a TV’s USB and HDMI slots.

This is a special present for a special group of tech geeks. It also acts as a fitness tracker. So, it will also work great for someone who wants to shed a few pounds. Instead of getting the person a real fitness tracker, Apple Watch Series 4 will carry out the role perfectly. 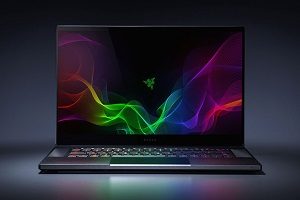 There have not been many good gaming laptops in the past. They were just huge slabs of plastic with a vacuum cleaner-like fan. Not anymore. Now, there’s the Razor Blade 15.6in.

The Razor Blade 15.6in is a sleek gaming machine that rivals the Apple MacBook Pro with its slimness. This is the kind of present you can even give to a working tech geek friend or partner. With it, he or she can play Fortnite in the office without other co-workers noticing.

The cost could be a bit high. However, it would be worth it if you have a true tech enthusiast friend you have wanted to surprise.

Gifting a pair of headphones is one of the best things you can do for a tech geek. When it comes to serious headphone deals, this Sony-designed pair is the best. They are relatively cheap, so you can easily get them for a friend.

When it comes to noise-canceling skills and fitness, the Sony WH-1000XMS can hold its own against the QuietComfort II by Bose.

These are some of the best Christmas presents for a tech geek.