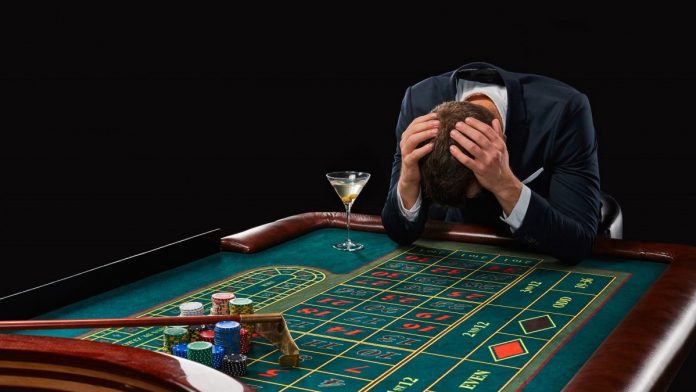 Gamblers travel from all over the world to visit and play at casinos. While the majority of players are happy to comply with the house rules and policies, there is always a handful who like to see how far they can push the boat out.

Whether this is in the form of cheating, getting completely pie-eyed beyond their senses, or just being a general nuisance in the eyes of the casino, more often than not these people can face some tough consequences as a result of their choices and outlandish behavior.

Orthodox people choose to terminate their casino membership simply by cutting it up and refraining from going back to the venue. But for a minority of individuals who can’t help but go out with a bang, there are various other ways of getting thrown head-first out of a casino joint. 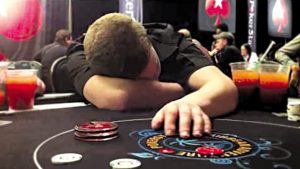 Drinking beyond control is naturally the number one cause of why people get asked to leave a casino. Depending on the severity of their actions and how much disruption they cause to the status quo, the customer normally ends up being banned from the establishment. If they decide to try and come back, however, this kind of behavior is known as “trespassing” in the United States and can result in a fine or prison.

A great example of someone getting dangerously drunk at a casino is the Ronald Turkington incident that happened in 2014. The Newcastle-born man decided to get obliterated at the Aspers casino one night and was eventually asked to leave by staff when he became too abrupt. Reluctantly agreeing at first, Turkington was later seen driving past the front entrance in his vehicle with a revolver hanging out the window. There were six shots let off that night, but fortunately, not a single person was hurt.

Mr. Turkington was sent to prison for three years over the escapade and remains on the UK’s casino player blacklist.

Abusing Staff and Others 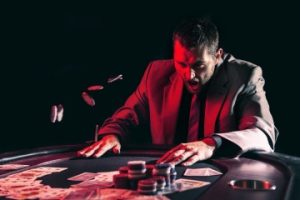 While many players are known to get fueled up on booze before having an outburst at casino staff, some people are just generally a bit too hot-headed. As disheartening as it can be when you’ve experienced losses, targeting the dealer, croupier, or other players with your pent-up frustration, is a solution that will only result in you being lifted briskly and single-handedly from your seat by security. Then chucked out.

Some casinos won’t even tolerate halfhearted jokes with the staff, especially if they think you’re trying to soften them up so you can have an illicit advantage in some way. They won’t hesitate to report anyone who they believe is a risk to others or trying to get one up over the casino. They’ll even arrange to have you personally removed if the warnings didn’t sink in the first time.

Being Too Good for the Casino

Card counting in blackjack is a technique that’s frowned upon in almost every casino, despite there being nothing in the rule book to say it’s illegal. Professional blackjack and poker players have had to go through tough court cases with casinos over the years, after players reported having their winnings withheld for this very reason.

Poker player Phil Ivey filed a court case against a London casino in 2016. He is said to have won over £7 million on a game but never received his winnings after he was found to have been counting the cards that were dealt throughout the game. Even though he didn’t use anything to physically cheat other than his clever mathematical mind, he still lost the case and never saw a penny of his rightful earnings. 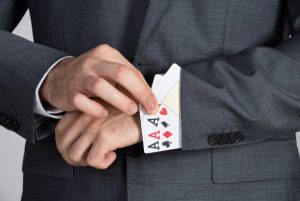 Even if the casino deems card counting as cheating when it’s actually not, real cheating is something that they can easily recognize, and it’s one of the main offenses they are not willing to put up with. If they catch you using any secret device or attempting magic tricks, you’ll be flagged immediately on the casino’s hundreds of CCTV cameras and probably taken into a dark backroom to be questioned.

It’s not just players that can expect to be dealt punishment if they cheat the house, though. Everyone from the dealers, croupiers, and cashiers, to the bar staff, cooks, and security are all potential suspects that can easily attempt to steal chips, money-launder, or work collaboratively with so-called “players” to try and make it look like a real winning situation. 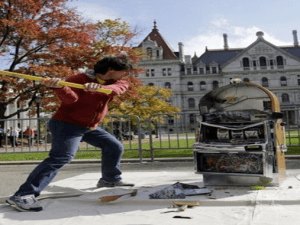 If you’re completely inebriated, counting cards, and harassing a waitress, it seems only logical that the next step would be to smash up a slot machine, or anything else that belongs to the casino. Destroying the property is pretty much the last big button you could press and would see you get kicked out before you could yell “Bingo”.  On top of this, you’ll likely have to pay for every last cent of the damage or pay for it by appearing in front of a judge.

One man called Thomas Waicul dealt with this issue first-hand earlier in the year. He may not have gone as far as groping or shouting at staff, but the 47-year-old did have to cough up $1,500 worth in damages for the number he did on a slot machine at the Rivers Casino & Resort, New York back in February. Another man was charged for causing over $2,000 in damages to a slot machine at an Iowa casino in 2018.

It’s Always Better to Walk Away…

Gambling can be a frustrating affair when it’s not your night; however, it’s never wise to let your emotions get the better of you if you want to avoid having the evening cut short. Online casinos also won’t put up with boisterous or abusive players. They will also ban you from playing at the casino or report you to the authorities if you become a real problem for them. If you can’t gamble responsibly, it’s just better not to gamble at all.