When blockchain was originally created, it was with the purpose of sticking it to the man. In other words, blockchain technology was meant to take banking and ledgers out of the hands of bankers. In doing so, blockchain meant to put power in the hands of the people, the masses. However, with all of this moving, shaking, and protesting, entrepreneurs have stepped in to find new uses for blockchain technology—the funding of a gambling boom on blockchains. Needless to say, experts say that was an unintended consequence. This past month saw the token distribution of tokens exceed billions of dollars in revenue—on one blockchain alone. 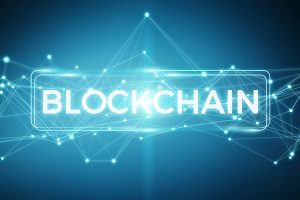 Blockchain is a decentralized ledger system. It is used to record any kind of transactions across multiple computers. Each transaction on the ledger is recorded simultaneously as it is completed. That also means that the record cannot be altered or changed by someone else. Each entry can be looked at as an independent unit. Blockchain has been judged to be a secure way to transact or exchange money online.

Blockchain technology was invented in Asia about 10 years ago, and has been increasing in popularity. Along with the importance of security in online exchanges, people were interested in finding an alternative form of currency, so that they can conduct transactions on the web with relative privacy and maximum security.

The Uses for Blockchain

Blockchain was first used as a method of transaction: part transaction and part game with the use of Bitcoin. Bitcoin was one of the first applications to make a game out of finding money. Miners looked for clues to help them mine some money, which they could hold on to or sell. Bitcoin, like most of the other blockchain currencies, varied in value from day to day.

Blockchain technology has been used recently as a way for people to gamble, from wherever they are, and are paid in blockchain currency.

Examples of Blockchain uses in Gambling 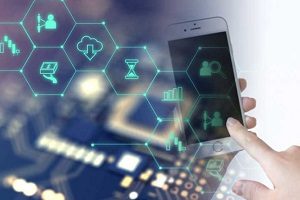 Although several companies have been using tokens built by blockchain to gamble, some of the games are more popular than others. For example, EOS, a newer blockchain, surpassed another blockchain company, Ethereum, as the most active blockchain in the United States. Out of the $4 billion in token distributions, over half of those tokens were traded on decentralizing gaming apps, called dApps. By January of 2019, dApps accounted for over 55% of accounting volume. Tron, another blockchain, accounted for 38% of dApp volume, while once-unstoppable Ethereum accounts for only 6% of volume of tokens on dApps. Unlike regular computer games, the dApps run entirely on the blockchain.

Lately, the most popular games on blockchain technology are dice games. For each dice game, players select a number from one to 100. For each number they pick, the player decides whether the random number generated will be higher or lower than the number, they chose. As soon as the player chooses, they see their odds advertised on the screen to help them make a better decision.

Many experts believe that the reason the gambling dApps are so popular with players is that they feel safe and secure playing on the blockchain. They feel that they are safer playing with a blockchain than they are playing in a casino. In addition, patrons of online casinos like the probability games, and they feel that they will be able to play the way they want without government interference.

If the trend continues, it is possible that at some point gambling in cryptocurrency could become as profitable as gambling at a casino. Many gamblers might say that gambling is more fun as a social activity.