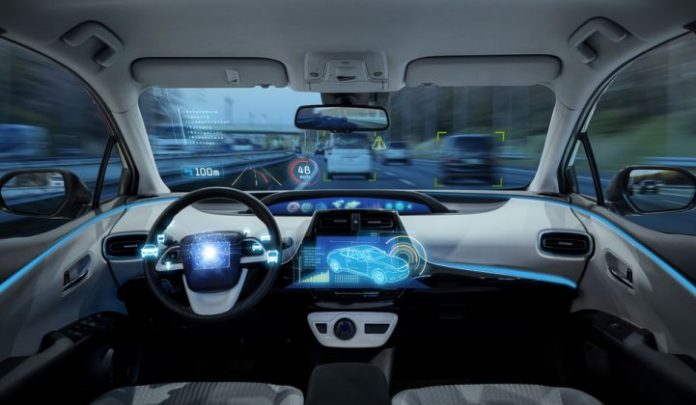 Modern technology is advancing rapidly. From artificial intelligence to robotics to advances in genomics, it is fascinating to watch developments as they unfold. Some of today’s most epic developments are in the automotive industry. Electronic vehicles and autonomous cars have already been introduced. And (gasp) flying cars appear to be next. If that sounds hard to believe, read on to find out about all the latest advancements in automotive technology, including five examples of cars that fly, cars that drive themselves, and cars that talk to the driver. Hello, future!

1. Kick Back. This Car Drives Itself. Welcome to The World of Autonomous Vehicles 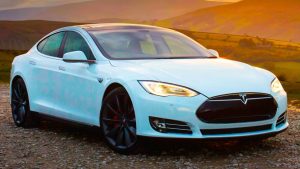 Self-driving, or autonomous, cars are all the rage right now and make news headlines on an almost daily basis. And, no wonder! These vehicles can navigate and sense what is in the surrounding environment without any input from a human being. Their extra sensory perception stems from their use of lasers, radar, global positioning systems, and odometry. An installed system processes the input and comes up with solutions that will select the best route, avoid obstacles, and interpret road signs. These cars even tell the difference between the various cars around them.

Tesla is the best-known purveyor of autonomous vehicles. Other companies, such as the ride service company, Uber, are getting on board. Uber did a test pilot program in Pittsburgh using self-driving cars. The company provided a safety net for passengers, however, with a driver still in the Uber vehicle in case something went awry.

Other companies are trying to catch up with Tesla. They include major automakers, such as Ford, Honda, Audi, BMW, Nissan, and Chrysler, to name a few. Some of these car manufacturers are working to further the technology with the addition of scissor doors, virtual assistants, and steering wheels that retract. So, what will the car you are driving look like in the future?

We can’t be 100 percent sure just yet. But, the fact that they will be far different from what you are driving now is indisputable! And, the changes are coming quickly. For example, late last summer, Ford Motor Co. make a public commitment to fielding autonomous cars by the year 2021. 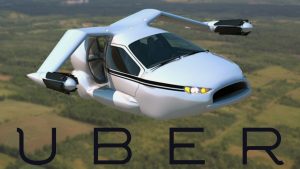 Taking the electronic vehicle craze one step further, Uber has a program underway to make flying cars a reality in the next decade or so. The company has been very public about its plans and has had conversations with big aerospace corporations, such as Embraer and even NASA, on ways to collaborate on the technology.

Justin Erlich, Uber’s guru in charge of policies around Autonomous Vehicles and Urban Aviation, describes the cars as being part helicopter and part airplane. Most likely, early incarnations of the vehicle will travel from rooftop to rooftop rather than taking off from the ground. They’re also likely to be fixed-wing aircraft like airplanes, and this will allow them to smoothly glide and have more than one rotor, unlike a helicopter, which has only one large rotor.

Erlich says extra rotors provide insurance against failure and if one rotor were to fail, the other would kick in. UberAIR has hired engineers from NASA to assist with the development and study how exactly to best propel these vehicles through the air. Yes, he said how not if. That means these vehicles are coming.

3. Excuse Me, What Did You Say? Autonomous Cars That Talk to You 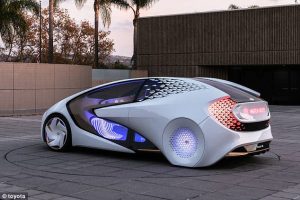 Toyota has a unique new concept for autonomous cars that speak with the human drivers. How? The technology being used is something called deep learning, which lets computers record and analyze a person’s habits, routines, preferences, and even emotions.

The carmaker plans to start testing as soon as 2020. The concept cars are dubbed Concept-I vehicles. They will have a virtual assistant on board that is named Yui. Artificial intelligence, or AI, is a large part of the Japanese carmaker’s plans, and billions of dollars are being invested to develop it. This means your car will listen to you, respond, and get to know you personally so it can better cater to your driving needs. Is that creepy? Or is that epic? You decide.

4. Google Gets Is in on the Trend 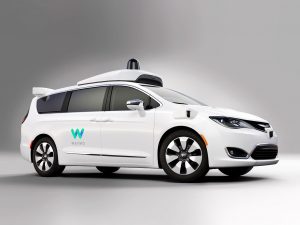 Of course, Google always strives to have its finger on the pulse of what is next and self-driving cars are no exception. Waymo is a subsidiary of Alphabet Inc., the parent company of Google. It has been testing autonomous cars since 2009. Ahead of the curve, Alphabet has said that Waymo is a tech startup company that will enable people and things to move around more easily. The next step is to have trials that test whether these cars can do run-of-the-mill tasks for people, such as running errands or taking the kids to school.

For the first time ever, in November 2017, Waymo began testing the self-driving cars without any other driver in the car as a safety back up. In other words, there were no human beings present. Early this year, Waymo placed orders for 20,000 EV sedans from Jaguar and thousands of the minivan Pacifica hybrids. The end goal is to use these vehicles as a sort of taxicab. Apparently, Waymo expects to be successful, since it has purchased enough self-driving cars to transport 100,000- plus people every day.

5. Tesla Entrant in The Autonomous Car Space Could Change the Trucking Industry 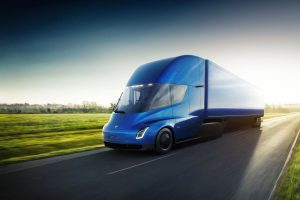 Whenever you drive on the highway, you see them. Large over-the-road trucks with company logos emblazoned on the side, hauling merchandise from warehouses to stores and shopping centers all over America. Trucking is big business in America, and the industry employs more than three million truck drivers.

But, that could change if entrepreneur Elon Musk has anything to do with it. Musk oversees product development and research efforts at Tesla, the company at the forefront of vehicles that feature autonomous driving. If he has his way, the big rigs of the future will use AI and deep learning to navigate the highways.

That could be a real money saver for corporate America because trucking companies would hire fewer drivers. Still, it would displace many workers, so there are people on both sides of the argument. To be fair, truck drivers would not be completely displaced, at least not at first, because initially, the self-driving trucks would require a safe driver as a copilot.

So, there you have it! Five kinds of autonomous cars to be on the lookout for. It sounds like science fiction and fantasy, but the automotive industry is embracing the technology wholeheartedly. Only time will tell what develops in the long run. The National Highway Transportation Authority, or NHTSA, is working to ensure these vehicles are safe and pose no danger to the public. A recent accident has policymakers wondering if the technology is moving too fast, though.

In California, on March 23, a young engineer was killed when the autonomous car in which he was driving crashed into a median on the highway. Tesla blames the accident on driver error, but, for many, the jury is still out.