2019 was certainly a phenomenal year for TV shows and movies on Netflix, with hot endeavors with the likes of a brand new season of Stranger Things, A Series of Unfortunate Events, and Netflix originals such as Godzilla, Friends from College, and Sex Education. If you won’t be looking to sweat out the effects of too much Christmas over-eating in the gym, there’s plenty of worthy couch-potato seasons to sink your teeth into, as well as a multitude of both old and new movies, now up on the site. But with so many choices, and things to look forward to later in the year – where do you start now? Here’s a few recommendations from us which will suit the taste of all audiences. 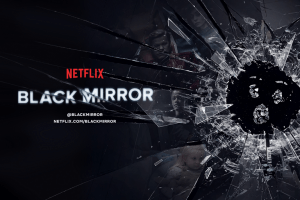 If you managed to catch the surprise one-off episode earlier this year, you’ll be pleased to know that the dystopian TV show ‘Black Mirror’ graced our screens again this year. Netflix and the producers have not officially confirmed when the next season will be aired, and in a recent press releases they stated how the interactive episode of Bandersnatch took them almost a year to put together, and has consequently pushed the planned release date back by quite some time. But, if Bandersnatch was anything to go by, Season 5 is certainly going to top the list, and we can only imagine what kind of futuristic and nerve-wracking concepts they will be come up with for this latest one! 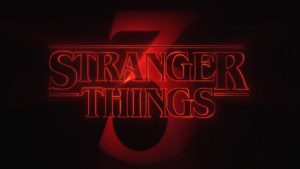 The 1980s Stephen King style TV series is another iconic delight which has had viewers on the edge of their seat since the first season was released in 2016. The kids have fought shadow monsters in the Upside-Down, rescued their friend Will, lost and found Eleven, and managed to close the gates of what can only be deemed as ‘hell’ – all while making new friends and accomplices along the way. With the new season this year, you can only imagine what adventures the squad will have to deal with this time around (no spoilers!). But it’s certainly another wild ride of supernatural happenings for the fictional town of Hawkins, and you can be sure Mike and gang will be around to save the day as always. 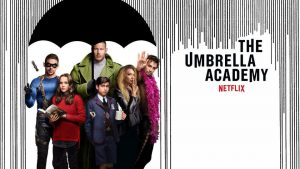 If you’re a lover of superheroes and anything Marvel or DC, you’ll be extremely pleased with this innovative new series based on the book by Gerald Way. Set in 1989, 43 babies are brought into the world, after their mothers mysteriously found themselves pregnant with them only 24 hours prior. 7 of the babies are taken in by a billionaire who believes the babies possess magical powers which will change the world. When the series fast-forwards to present day, one of the babies is dead and the father is no longer alive either. The 6 remaining are then left to piece together how they both died, and are said to be on the brink of facing an apocalypse. Although the synopsis for the series is brief at the moment, we are excited to see how this one unravels! 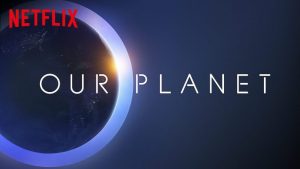 David Attenborough has been the voice of the wildlife world since documentaries became a popular viewing source and way to educate ourselves on the natural cycles and behaviors of our planet. If Planet Earth 2 was anything to go by, this innovative new series entitled “Our Planet” is equally as enticing as the previous few we’ve been blessed with as the ultimate viewing pleasure. This addition looks at never-before-seen footage of ice caps, oceans, deserts and forests found throughout 50 countries, as well as intriguing encounters with different species, mammals, insects, reptiles and birds. All while portraying an important message, which reminds us how the human population needs to preserve its natural resources, to avoid the devastating effects and consequences we as a race could face if we continue to neglect the issues that surround us. The 8 1-hour-long episodes started last April. 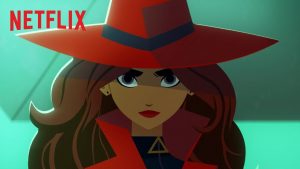 An animated show based on an 80s-style video game, which sees a modern day, female Robin Hood as a young woman in red, who travels the world stealing from an organized crime ring known as V.I.L.E. and giving back to their previously targeted victims. With the help of her accomplices, Carmen (voiced by Gina Rodriguez) will take viewers on an educational adventure, where morals, values and certain perspectives will pose many questions over what could be considered an act of diligence or unethical behavior. The first season was aired from January 18th as a Netflix original, spanning over 20 episodes in the first season, with additional seasons in the pipeline. 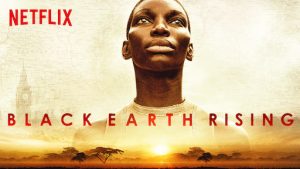 Another Netflix original which follows on from the Emmy-nominated series “The Honorable Woman” in 2014. Featuring icons such as John Goodman as Michael Ennis – Black Earth Rising depicts a London-based legal investigator who is continuously haunted by her past, until one day everything comes to the surface when the woman who adopted her takes on a case prosecuting an African leader. This leads her to uncover some very deep and dark secrets, as she tries to discover what happened to her birth family, with hopes that the latest case will offer some insight into her painful past. The show kicked off on January 25th and will run for 8 1-hour-long episodes.

Tidying Up With Marie Kondo 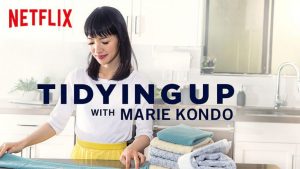 House-proud freaks will rejoice at the all new TV show that makes dusting, hoovering and sweeping look like the ultimate leisure. The show revolves around its host (Marie) who embarks on a stand-alone mission around America, helping families and hoarders to ruthlessly declutter their house of unnecessary items and help them let go of superfluous possessions. As tedious as it may sound at a glance, the series illustrates how these people’s lives and general wellbeing transforms along with their appearance of their living space. The show also provides viewers with useful tips and techniques for achieving a polished and organized home throughout. Just in time for the big spring clean! 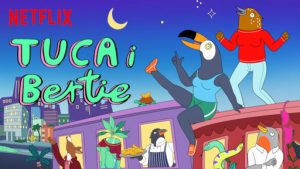 If you’re a fan of animated series such as BoJack Horseman, Rick and Morty, Bob’s Burgers, and other adult-themed comedy shows – we imagine it won’t be long before Tuca & Bertie make it onto your list, as its set to be the next hottest cartoon of 2019! The synopsis surrounds two 30-year-old bird women who share an apartment building together and both equally possess a talent. Throughout the story, Tuca is represented by voice actress Tiffany Haddish; a cocky, care-free toucan, while Bertie is represented by Ali Wong; an anxious, day-dreaming songbird. You can look forward to the adventures the girls get up to in the first 10 episodes! 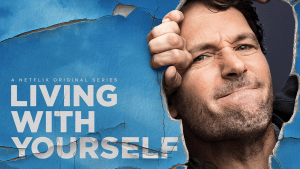 The official Ant-Man (Paul Rudd) has taken a break from saving the world, to instead start a life as a young man known as George Elliot. Burned out by the monotony of his current life, Elliot goes on a soul-seeking mission to become a better person. But, after returning he soon discovers he has been replaced by an imposter who looks, talks, and possesses identical genetics to him, but can only be deemed as a “new and improved George.” The story is told in several different perspectives, but ultimately reveals that George’s worst enemy is actually himself. Who doesn’t love a deep and philosophical comedy with a twist? 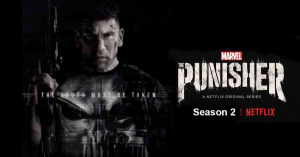 Marvel fans will quite literally marvel at the all-new season of The Punisher! Following on from the adventures of the first season, (which quite like the film – saw John Bernthal, i.e. Frank Castle, take revenge on the mobsters responsible for the death of his family,) and although revenge was taken, in season 2 Frank is faced with an ultimatum after he manages to save a young girl known as Amy Bendix from attempted murder. This leaves him questioning whether he should continue the Punisher legacy, or despite everything, attempt to return to a quiet and normal life. 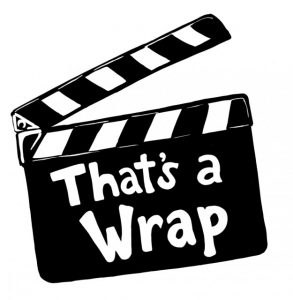 If you haven’t got time to sit through a marathon of series, Netflix have also uploaded a heap of blockbusters (both old and new) for your viewing pleasure! Some which we’re particularly excited about are: Pan’s Labyrinth, The Dark Knight, Black Hawk Down, Indiana Jones 1, 2, 3 and The Addams Family! However, with such a large influx of Netflix originals set to be uploaded before the end of 2019, we’re quite sure you won’t fall short of things to watch in 2019 during the upcoming cold nights!