Casinos have been a part of U.S. history and culture since the 1920s. They opened in Atlantic City before The Great Depression and in Las Vegas around the middle of the century. However, investors did not immediately consider the stock market to be the place for casinos.

Casino stocks, which have been around since the 1990s, are now being seen as good investment vehicles. There is some risk involved, however. Read below to discover how the market values casino stocks. You can also learn how to analyze a stock that is, perhaps, more volatile than most stocks on the stock exchange. But, it’s not as erratic as some might think.

The Valuing of Casino Stocks 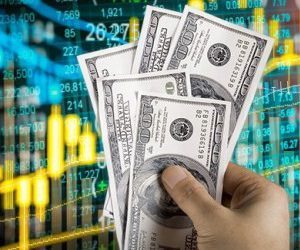 The market values most stocks on the money in their ledgers, a price-to-earnings ratio, and net income growth. For example, Apple stocks cost $22 per share in 1980. An initial investment of right at $1,000 would have netted a person more than a half-million dollars by 2018. That includes stock splits and dividends given to investors. This is the traditional way of making a stock market investment. The growth of capacity within the company means the company increases in stock value.

However, this is not the way to value casino stocks. This is how a casino company works. It offers stocks for sale on the stock market. Then, it turns around and dumps billions of dollars into the building of a casino resort. This lowers the value of the company – for the time being. Once the company has built the casino, it’s rare for the casino to lose money unless it is poorly managed.

How to Use the EBITDA to Value a Casino

Casinos do not use EBITDA to calculate their values. EBITDA stands for earnings before interest, taxes, depreciation, and amortization. But, they should do so. Experts can use the EBITDA to value casinos to try and figure out how much money the casino is making. Instead, investors need to look at how many new casinos the company has decided to build in a specific period of time. For example, the Las Vegas Sands invested billions of dollars into the Cotai Strip of Macau, and its stock tumbled. However, once the strip opened, and the casinos began to rake in money, the stock soared. Currently, the Sands owns six casinos in Macau and makes more money there than the entire Las Vegas market combined. This is an example of why experts should value casinos differently than traditional companies.

After the Ratio, Then What?

Another way to compare casinos is by looking at their patterns of growth. People want to invest in stocks of casinos. So, they have looked at the development of casinos and compared them with other casinos and their growth patterns. While fast casino growth may represent a strong bottom line, that is not always the case. Sometimes, slow and steady growth is a positive. In addition, casinos that are in emerging markets may be growing more quickly than casinos in slower markets. And, that needs some consideration when determining the overall value of a casino. We discuss two examples of casino growth below.

Horseshoe Casino was originally just one casino owned by Benny Binion in Las Vegas. The Horseshoe was prosperous during the Vegas Rat Pack heydays of the 1950s and 1960s. Binion’s son, Jack, took over from his father in the late 1960s and grew the casino brand. It held the first World Series of Poker tournaments. Jack Binion decided to enlarge the Horseshoe brand after a fight among his dad’s heirs. As part of the settlement deal with Binion’s other children, Jack expanded outside Nevada. He immediately began buying and building casinos in Louisiana, Mississippi, Illinois, and Indiana.

While initially, the casinos were successful, and Horseshoe Holdings’ stock began to rise, it did not last. Binion overextended himself through casino construction. He also found himself wrapped up in the kidnapping and murder of his brother. In addition, he also found himself consumed by the trial of the two people who had most likely killed him. Although the casinos were bringing in money, it was not sustainable because of the rapid construction costs. Binion ended up selling all of his casinos to Harrah’s Entertainment, which was later sold to Caesars.

Like Jack Binion, Steve Wynn was a longtime resident of Las Vegas. Unlike Jack Binion, he was not born into a gambling empire. However, he had been part of gaming since childhood. His father owned several bingo parlors in Connecticut. Wynn began small. He took the formula for running a successful casino from his experience running the bingo parlors after his father’s death. He began buying casino properties with financial help from banks. Gradually, he turned them profitable. Rather than grow quickly, Wynn’s philosophy has been to do one project at a time. Then, wait a little while. Then, start another casino.

The shares of Wynn Casino Resorts were initially worth $13 per share. The current value for the Wynn brand is $132 per share. It would appear that Wynn’s idea of slower growth is more valuable than a rapid growth rate. People should also consider that one of Wynn’s earliest properties was in Macau. He foresaw the rapid expansion of gambling in the former Portuguese colony.

The discussion has centered on the fact that casinos that grow quickly have books that look unbalanced. But, it is important to note the debts that a casino has and what it projects its profits will be. Casinos that spend a lot of money in areas with murky prospects (such as the Philippines) don’t make much sense. But, then again, neither does building in a saturated market (such as Macau).

While investing in casinos is not a horrible idea, as with all other investments, you have to do your homework. Be sure you’ve considered all the factors that go into a casino’s profit margin before you make the investment.