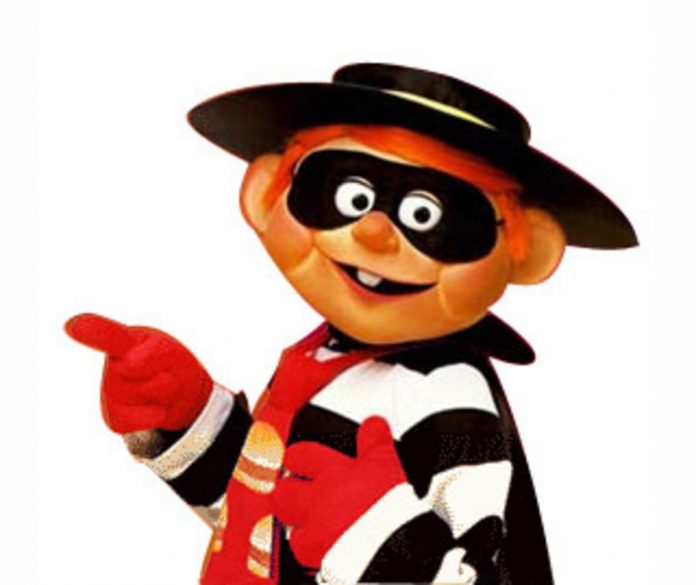 In 1987, McDonald’s launched one of the largest fast food game contests in history: the McDonald’s Monopoly Game. The contest promised millions of dollars in prizes to a few lucky winners, and game pieces were distributed in McDonald’s burgers, fries, drinks, and desserts packages. The odds of collecting an instant win piece worth $1 million was 1 in 250 million. A man named Jerome Jacobson didn’t like those odds, so he stole the million-dollar game piece for himself—as well as scores of other prizes worth over $24 million over 12 years.

With a Little Help From His Friends

So how does one man commit such a massive amount of fraud over such a long period of time? Jerome Jacobson was an ex-cop, so he was able to secure positions of trust with relative ease. Plus he had years of experience dealing with crime and criminal minds. And like any criminal mastermind, he had plenty of underlings to help shift the blame away from him. It would look awfully suspicious if Jacobson won every major prize in the McMonopoly game for 12 years in a row. So Jacobson worked his network of friends, family, and acquaintances to build his list of accomplices.

How One Man Gamed the System

In order to understand the size of the criminal conspiracy, we need to look at how the game worked. The McDonald’s Monopoly game required winners to collect game pieces over a period of time for the contest to function. Customers collected random pieces to complete their ‘Monopoly board.’ Like in the board game, the goal was to collect all the pieces of a series of classic Monopoly properties to win big money, or redeem instant win coupons for food or various cash prizes of up to one million dollars. 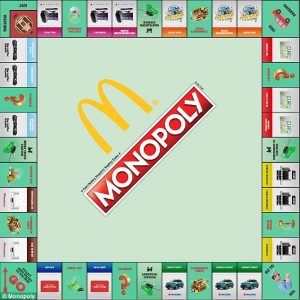 Collections had ascending levels of value, just as in the Monopoly game. Players would collect game pieces like Mediterranean Avenue and its sister properties, all four railroads, or utilities like the Electric Company. The all-time high-end luxury properties were the coveted Boardwalk and Park Place. In each set of Monopoly properties, there was one uber-rare piece needed in order to complete the collection and walk away with the big bucks. And therein lies the crux of the conspiracy.

But to get your hands on all of the ultra-rare, million-dollar game pieces, you needed to know exactly where those pieces would be—and when. Jerome Jacobson had a job working with the very company charged with printing all of the winning game pieces for McDonald’s: Simon Marketing. Impressed with Jacobson’s background in police work and loss prevention security, Simon Marketing gave Jacobson the top position overseeing the production for the $500 million McDonald’s account and the McMonopoly game pieces. After watching the presses printing millions of dollars in prizes daily, he decided to ‘cash in.’ He was in charge of securing the high-dollar game pieces from production to distribution, so he was in the right place at the right time to make off like a bandit.

Jacobson was accompanied by a third party auditor as he flew the high-dollar game pieces around the country to McDonald’s food product packaging suppliers. But when he was sent a shipment of tamper-proof security seals in the mail from Hong Kong by mistake, Jacobson saw his chance to strike it rich. He would ditch the female auditor at the airport men’s restroom doors, open the winning tickets, replace them with common game pieces, and then re-seal the envelopes with his new security seals. And nobody was the wiser.

In 1989, Jacobson gave his step-brother, Marvin Braun, a $25,000 game piece “to see if I could do it,” he later admitted. In 1995, he even gave a million-dollar instant win game piece to the St. Jude’s Children’s Research Hospital in Tennessee. After confirmation, the hospital was awarded the prize. But soon Jacobson’s role as Robin Hood would attract attention among his closest confidants, and everyone started asking for a piece of the pie. 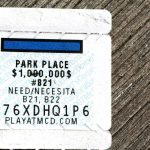 In order to stay far removed from suspicion, Jacobson would make sure that any friends or relatives would distribute the winning ticket to their own trusted friends—preferably in other States, to further divert suspicion. Upon redeeming the cash prizes, Jacobson and his cohorts would each get a piece of the action as a kickback. Eventually, too many people started bending the rules, and several winners started making claims in the same city. One of his co-conspirators even refused to pay him his cut.

Random chance once more worked in Jerome Jacobson’s favor. One day while sitting in the Atlanta Airport, Gennaro Colombo sat down next to him. Small talk ensued, and when Colombo opened a bag full of $100 bills, the big talk began in earnest. Colombo said he was part of New York’s infamous Colombo crime family, and that he was on his way to Atlantic City with the cash. Once Colombo found out Jacobson worked in promotional gaming, a partnership was formed. A few months later, Jerome Jacobson sealed the deal by slipping Colombo a game piece for a new Dodge Viper. And “Uncle Jerry” was soon introduced to Colombo’s ‘family.’

After sharing dozens of stolen game pieces with Colombo’s family and friends, Jacobson really started to strike it rich. All of his generous gifts resulted in kickbacks to Colombo and Uncle Jerry. Soon Jacobson began living the mafia life, wearing expensive Italian suits, driving luxury cars, buying new properties, and taking kickbacks from everyone at his table, just like in the Monopoly game. He gave away so many tickets to his own family and friends that some of them couldn’t handle all the sudden riches. Jacobson’s step brother Marvin Braun, claimed to have given away million-dollar tickets simply because he was getting them too often.

A Change in Luck

No winning streak lasts forever, and Gennaro Colombo’s high life ended due to a tragic car accident. Soon Uncle Jerry found a replacement for his dead partner by random chance once again. While on a Caribbean cruise ship, he met Dan Hart, who quickly became Jacobson’s new partner in crime. Hart was a legitimate businessman who sold his trucking company for a small fortune and was looking for new investment opportunities. Jacobson supplied the game tickets, and Hart used his national network of logistics contacts to distribute them.

Go Directly To Jail. Do Not Pass Go

Years passed, the McMonopoly Game Fraud grew, and many people struck it rich through the largesse of Jerome Jacobson. However, a machine with so many moving parts is liable to break down. And it did. One million-dollar winner was accused of being a fraud, and the FBI got involved in the investigation. All roads eventually led to Jerome Jacobson as the mastermind of the conspiracy. Once McDonald’s had become aware of the fraud, they wanted to pull the contest and save their reputation. But FBI Special Agent Richard Dent wanted to prove the vast conspiracy and sink everyone involved. Agent Dent convinced McDonald’s to continue their gaming in order to allow Dent more time to build a conspiracy case. 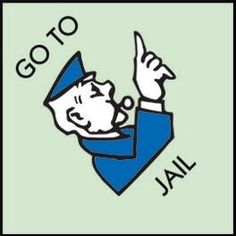 When Dent finally lowered the boom on Jerome Jacobson, he admitted to stealing more than 60 game pieces over 12 years, totaling over $24 million in prizes. The judge sentenced him to jail for 37 months, and fined him $12.5 million in restitution. More than 50 of Jacobson’s partners in crime were convicted of fraud and conspiracy. All of them served jail time and were forced to pay huge fines.

Maybe Jerome Jacobson played the game so long that he couldn’t resist stealing a larger piece of the pie for himself. Whatever the ultimate reason for his crimes, he made the one mistake many long-term gamblers make. You’ve got to play fair, understand the limits of the game, and know when to get up from the table and call it a day.