Home » USA Online Casino Blog » How to Bluff in Poker 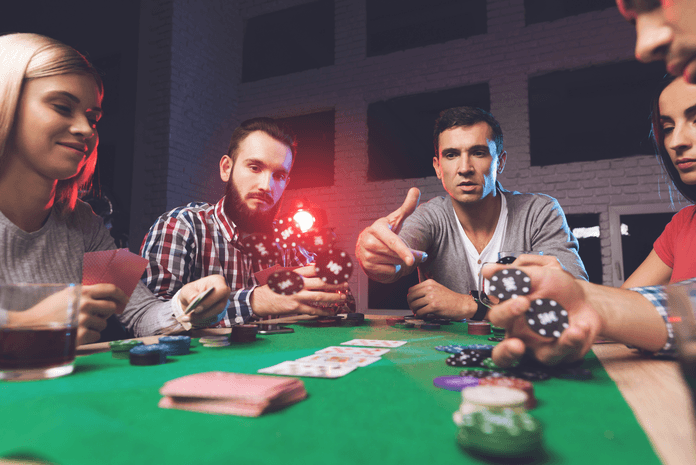 While bluffing can be quite a risky strategy, it is something that all poker players should be able to do. If you want the opportunity to win the pot on poker night with your friends or stand a chance of scooping a jackpot in a casino, it is important to know how to keep quiet but persuade everyone else to fold his or her hand through your bluffing skills. 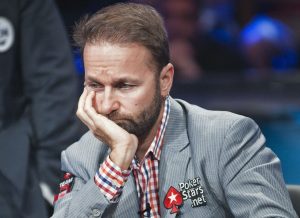 The first step in bluffing at poker is to understand the stakes involved in the game. If you’re playing in a casino, you need to be aware that the game could be No Limit and, therefore, risky.

But, if you’re playing with friends, there’s the potential for everything to go wrong if you bet money despite knowing you have a hand that’s unlikely to win. However, if the opportunity strikes and the other players seem to be “bluffable,” it might be worth taking the risk.

That said, make sure you have a clear strategy, clear limits, and a way out just in case. While the movies may make us think that bluffing is very common, it doesn’t happen as frequently as you might think.

And, if there are lots of players, you’re less likely to be successful with any bluffing tactic since at least one player is always going to want a final showdown. Here are a few golden rules to follow when it comes to bluffing:

• If you’re playing in a tournament, avoid trying to bluff anyone who has a short stack and who will try to win more money by going all in. Also, you should avoid anyone with a deep stack who could afford to call your bluff. The golden rule is to only bluff someone with a medium stack who is likely to be a conservative player.

• Only bluff if the stakes are high and when you have a stack that is middle or higher.

• Bluffing gets better with practice. You need to develop a nonchanging poker face, have a fun personality or keep a constant attitude.

• Avoid getting caught in a showdown. A bluff is only successful when nobody is aware you’ve done it. All your opponents will have already folded before the final opportunity to bet and you will win by default. If it looks like a showdown is on the horizon, use your backdoor option and fold. 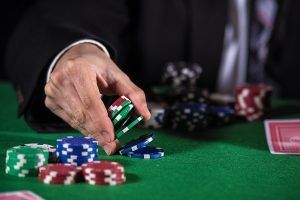 Tells are extremely important and are a key part of the analytical side of the game. Recognizing tells not only lets you know when others are bluffing but also helps you to avoid making unconscious tell-tale signs of your own.

Listen when others say they believe you’re bluffing – if you know what your own tells are, you can use them to your advantage by giving signs that you’re bluffing when you have a fantastic hand. Here are some key tells to watch for:

• If an opponent appears to be very strong, it is possible he or she is bluffing. By staring you out or faking a smile if a card hits, he or she is giving signs his or her hand isn’t as good as he or she says. 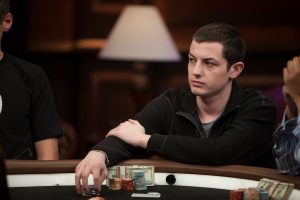 Sharp intellect and instincts must be combined with a keen ability to show no emotions and reveal nothing more than a fun and casual involvement. You can do this by looking carefully, casually, and slowly at the corner of the two cards you are holding while keeping them face down. Your face must stay deadpan, and, if possible, wear sunglasses so your eyes can stay expressionless.

Never express disapproval or approval when you see a good or bad card when playing face to face. One way of maintaining a poker face is to conceal your face or use props. Large hats or glasses can work well along with beards, scarves, and hoodies to hide the neck and face, which could give away relaxation or tension, flushing or a change in breathing pattern.

The Mechanics of Bluffing 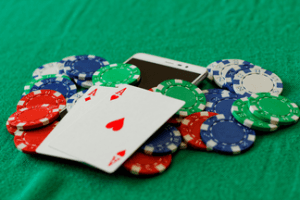 Betting preflop may seem to represent good cards and persuade other players to fold. You can then raise your ante on the flop, and this will press any players who still haven’t folded, committed or bet. However, avoid betting preflop too frequently. This will be a giveaway.

Count the number of players who are placing bets on the hand. If you have fewer opponents, you have a better chance of success since there will be fewer people to persuade to fold. More than three players present a much greater challenge than just one or two.

During the first betting round and before the flop, either bet or raise another player’s bet. Don’t put down too large a wager and avoid raising a bet that is already large. If you suspect another player has a good hand, just fold and then bluff on a different hand later.
The bet on the river or following it is vital and must be intimidating and powerful. This is your best chance to persuade others to fold. 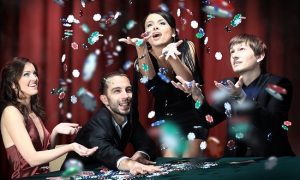 To be most successful at bluffing, you need a consistent and ongoing story that is told throughout your evening of betting. Developing a consistent betting pattern is the best way to get other players to overlook the possibility that you could be bluffing and give you the best possible chance of being successful in your bluff.

Whatever happens, however, one of the key elements in bluffing is always to conceal the fact you’re doing it. If you have a weak hand, always conceal or maintain your bluff. Call the other player’s cards, but don’t reveal your own. Simply discard your cards face down. The other players may suspect you were bluffing but will have no way of knowing for sure whether this is the case. This way, none of the other players will be aware that bluffing is a tactic you might be using. This then gives you the opportunity to try it again later in the game.

Try out these tactics on your next poker night, and begin developing your own poker face. It could help you to become a more successful player and can help to increase your bankroll even if you have been dealt a poor hand.