Home » USA Online Casino Blog » How to Get into the WSOP 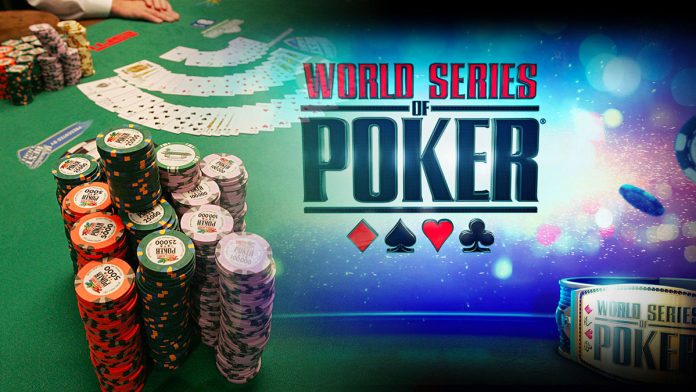 If you want an opportunity to live a poker player’s greatest fantasy, here is information on making it happen. 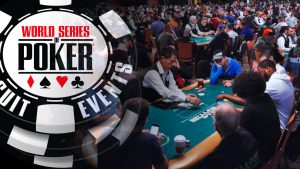 The World Series of Poker is actually several poker events that happen in Las Vegas over the summer and fall. Started in 1970, the poker series will celebrate its 50th birthday next year.

The series began with seven men sitting in a poker room in a Las Vegas casino. A yearly poker tournament was the brainchild of Benny Binion. Binion was a casino owner and a poker fanatic. At the end of the first tournament, the men who participated voted for the person who played the best. He was, then, declared the winner.

The next year, Binion went to a more traditional tournament style. The WSOP expanded to several versions of poker in the 1980s. The World Series of Poker continued to grow steadily, but it wasn’t until 2003 that the tournament exploded. In 2003, ESPN began covering the tournament differently, and an amateur poker player, Chris Moneymaker, won. The next year, the tournament went from 839 entrants to thousands. The WSOP started slowly but has developed into a phenomenon.

The poker tournament attracts more than 150,000 players in 69 tournaments each year. The WSOP Main Event requires a buy-in of $10,000 to start. Players can enter multiple events if they choose. Players can play Texas Hold’Em, Omaha Hold’Em, Seven Card Stud, and other poker games.

How to Get to the Main Event

If you want to play in the Vegas event, you can pay the $10,000 entry fee. That figure guarantees a spot at the table for the WSOP Main Event. However, there are other ways that players can get there.

Many poker players can’t come up with $10,000 on their own. However, they can pool their resources with other players, and buy a seat. When this happens, players usually sell “chances” at winnings. Each person who contributes shares a percentage of the winnings. In one recent case, a poker player and 19 of his closest friends paid the entry fee for Texas Hold’Em. The player and his “team” walked away without a win, but with triple the money they started with.

Satellite events happen in other countries as well. In 2007, there was a WSOP Europe tournament in London. The tournament moved to Cannes, France. The European WSOP awards bracelets and the winner can receive a nomination for Player of the Year. Africa got a WSOP tournament in 2011, and this tournament winner is also eligible for a bracelet.

Many poker players enjoy qualifying online. Many poker sites allow players to play games in order to qualify. And, there are a couple of ways to do that. If you win one of its tournaments, the company may buy you into the tournament. The poker platform might also have a tournament that will cover your buy-in, as well as your travel expenses.

Step satellite tournaments allow players who are just starting out an opportunity to make it to the WSOP main event. Players can play in smaller tournaments first and work their way up to larger ones. You also have the option to buy your way into a more prestigious step tournament. There are several step tournaments available, but the final step gives players a seat at the Main Event. The more a player is willing to buy in, the fewer steps it takes to make it.
Casinos that have satellite tournaments have discovered the popularity of super satellite tournaments. In a super satellite tournament, the number of entries determines the seats in the Main Event tournament. Some online casinos that run super satellite tournaments have participants in the thousands, which means that several players might earn a spot in the Main Event tournament. No matter how low the step satellite tournament is, there is a promise of a seat at the WSOP tournament.
Preparing for the Main Event
The WSOP Main Event is truly spectacular to behold. It takes more than 1,500 satellite tournaments and 200 Main Events tournaments for players to grab a seat. Experts who have been to the tournament multiple times have some ideas for new players.
First, new players need to understand that the WSOP Main Event is a marathon, not a sprint. If you are planning on staying for six weeks of the initial tournament, pack in some time to relax. Perhaps you may want to get outside. People visit Zion National Park or Bryce Canyon National Park or take a trip to the Hoover Dam. The important point is to get out and away from the casino.
Second, practice bankroll management. There are so many games going on during the tournament, it may seem like a fantasy. However, new entrants in the tournament don’t have a never-ending bankroll, and they need to learn management. Many professional players reduce their bankroll loss limits to 15 percent rather than the customary 20 percent or 25 percent. That way, players can make their bankrolls last much longer.
Also, keep in mind that your first time at the WSOP Main Event is a huge learning curve. When you’re not playing, experts say you should be walking around and learning. Watch how the top gamblers play and how they bet. In the long run, this will help you to perform better the next time you play. Have fun, take risks, and give it your best shot.
At one time, people said amateurs could never win the WSOP Main Event. However, Moneymaker proved anyone could win if he or she were smart and kept his or her nerve. If Moneymaker can do it, there’s nothing that says you can’t be wearing a few gold bracelets in the future. After all, every poker player has to start somewhere.