Home » USA Online Casino Blog » How to Get on TV

Although some people really do not like them, let us be realistic. The Kardashians have a billion-dollar empire that they began (for the most part) when they became reality TV stars. In addition, whether people like them or not, many people want what the Kardashians have—fame and money. If you are one of those people who really want to be on television, we have some tips for you to make your small-screen debut.

The New, the Novel and the Bold Sells

Maybe you have a new product to sell, and you think that trying to get your product to market would make a good reality show. You may also have received some notoriety because you have a political platform that you have been promoting, or you have a podcast where you give your political viewpoint. Television loves anything new and novel, so you may find yourself on TV promoting a new angle.

You may be able to make it on TV just by shameless self-promotion. Sometimes, people can promote themselves enough to make appearances on TV, just by making press packets promoting a blog or a website and handing them out to publicists. Often, when TV producers are looking for a new personality or a talking head, they sift through the press packets on their desk. Your name is far more likely to be on their brains if you keep calling and sending information.

It is not a mistake to say that smart people are not often on television. In fact, TV does not favor intelligence. In fact, it favors those people who are quick on their feet, and who can deliver a statement or a punchline and look good doing it. If you can cultivate a look and a personality, you can design yourself for TV. The TV persona is not your actual persona, but it is a façade you have to be on television. The television will especially love you if you can talk about interesting topics in new and different ways.

However, if you overthink it, or if you need time to formulate your answers, TV may not be the medium for you. You can improve with practice over time.

TV Is an All-Encompassing Medium

You need to understand that all TV is important. Whether you are on a small, local show with a small following, a network show, or a streaming show, people are watching and commenting. Once you are able to make it on TV, it is almost like a golden ticket to Willy Wonka’s factory—you are in a select club.

For example, a post-feminist and her friend started a blog on post-feminist topics. As their blog becomes more famous, the women are asked onto a local TV show, where they discuss feminism with other women. Gradually, one of the women who wrote the feminist blog becomes a rotating “talking head” on a local and then a national talk show. She also began a regular feature for a television station about topics related to women and sex. The woman continues to work on TV as a spokesperson for feminism, and is able to freelance her talent to other shows. Her TV features get her notices. She now writes articles for magazines, blogs, been interviewed and graced the cover of newspapers. She has interviewed celebrities and has been interviewed for magazines. By far, the parts of her resume that people are most interested in are her TV spots. 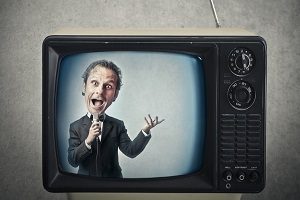 Many celebrities got their start as guest stars on current reality TV shows. For example, one contestant whose father was a television star in the 1980s was able to secure a spot on the reality TV series “The Bachelor.” She won the show, which means that she was engaged to be married to the man she met on television. Although they broke up just a few weeks after the show, the woman had become famous due to the enormous press coverage, and was able to get further guest spots on other reality shows. She began a blog, was interviewed for TV, and stayed in the spotlight talking about dating, engagement and marriage topics.

Reality television is one way that previously unknown people become known people. Think about all of the people you know or are familiar with because they were on reality TV. If they can do it, so can you. Find out the requirements for those reality shows that sound interesting to you and get busy.

In the past, casting calls would only take place in Los Angeles or New York. In order to work in television, you would need to go there. However, because the movie industry has dispersed over the United States and Canada, you may be able to find a casting call near you. Casting calls can be for movies and TV shows. While at first, you may only get a small, non-speaking part in a show or a movie, gradually your resume may be padded enough for you to get larger parts. Many actors began by doing commercials and other small parts in movies and television shows. 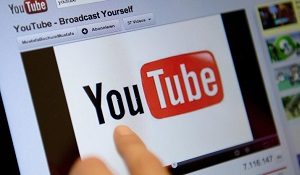 If you want to be on television, it never hurts to be on YouTube. Several examples exist of YouTube stars who also found fame on other mediums as well, especially Millennials:

As the examples above describe, there is no end to what you can do with the right mix of boldness, tools, and skills to get on TV. Whether you decide to go to casting calls, send press packets to interested parties, or start a YouTube channel or a podcast, you can make it onto the small screen. As with other forms of media, if you have something to say, and you say it well, you can make a career out of television appearances. Who knows, if you have enough skill and talent, you might even get to work as a “talking head” on TV. Reality shows could come calling, or it is possible you will see yourself launched in a new series. The sky is the limit.