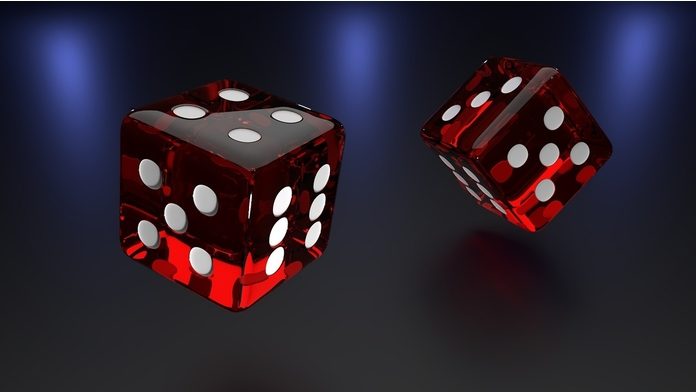 Although Sic Bo is a very ancient game, it’s one of the least-known games in Western casinos. Many gamblers have never heard of it, let alone played it. So, there are relatively few gamblers who know its rules. If you’re keen to learn about this popular Chinese game, you can find out more here.

The History of Sic Bo 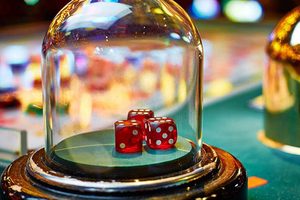 Sic Bo, which is pronounced See Bo, is a Chinese game with very ancient origins. Having been popular for centuries, it’s very similar to a European game called Grand Hazard. The rules of both games are virtually identical. Despite this, Sic Bo has only recently been added to Western casinos, although it can often be found in online casinos.
The words “Sic Bo” translate as “Dice Pair.” However, this is somewhat of a misnomer since the game is not played with two, but three dice that are shaken inside a container. Once the shaking has stopped and the dice have come to stop, a value will be shown. There are a few other names for Sic Bo, including Dai Siu (which means big/small) and Tai Sai (which means Lucky Dice).

The Basics of Sic Bo

The primary goal of this game is to correctly guess the value that will be shown when the three dice are shaken. Players put wagers on the table in a similar way to betting on roulette. Following all bets being placed, the dice will then be shaken, and the outcome determined. At first glance, a sic bo table might look complicated. In fact, if you ensure you are familiar with the game and the table before you play, you will be fine when you start to place wagers. Just practice a few times in a free-play casino first before placing your first real-money bet.

The Basics of Betting on Sic Bo

When playing Sic Bo, there are several bets from which punters can choose. Every bet offers a different cashout, which takes its basis from probability. And, just like roulette, there is no limit imposed on the number of bets players are permitted to make. The choice of bets is as follows:

This is, by far, the simplest bet. When players go for this wager, they are betting on the total of the three dice. The range is between 4 and 17, with 18 and 3 being covered by Triple 6 and Triple 1. The payouts will always be displayed clearly on the board. As an example, if the dice total 4, the payout will be about 60:1, while a total of 11 or 10 cashes out at 6:1. 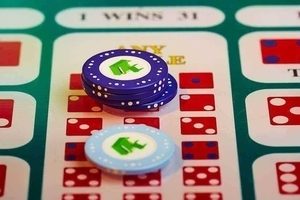 Another betting option is to bet on the dice total being either Big (in the range of 11 to 17) or Small (in the range of 4 to 10). When betting on Big and Small, the payout is 1:1. Basically, it is the equivalent of betting black/red in roulette – an even-chance bet. This is a great low-risk choice for players who want to limit their risk but maximize their chance of winning. One thing to be aware of when betting Big and Small is both bets will lose if a triple appears. Therefore, 18 and 3 will never be included in a Big and Small bet. Think of this “triple rule” as being like the zero when playing roulette. It ensures 50:50 bets are just under an even chance so the house edge remains in favor of the casino.

A double bet is like a single except you are betting that two of a number is going to appear on the three dice. So, if you bet, for example, on a double 3, you would be a winner if the three dice show 6, 2, and 2. It’s possible to wager on any two matching numbers between 1 and 6, and payouts are always at 10:1. Unlike triple bets, however, you cannot wager on any double. Players are required to choose a specific number pair, although it’s possible to bet on multiple doubles, as well as any other bets.

When a player chooses a triple bet, he or she is betting all the dice will land on the same number. It’s possible to either bet on any triple appearing, or, alternatively, a specific triple that could be any number between 1 and 6. Payouts are either 30:1 for any triple, or an enormous 180:1 on specific triples. This makes it by far the largest payout possible in the game, and certainly a bigger payout than 35:1, which is the amount awarded for betting on one number when playing roulette! Unfortunately, the odds against a specific triple turning up on the dice is 216:1, which aren’t great! However, if you’re a high roller who is keen to risk it all, it could be an attractive option!

Although the Sic Bo board may appear to be complex, it’s actually a very simple game to learn and involves no learning curve or skill. That makes it much easier to bet on than many other casino games. Once you are familiar with its rules and gameplay, you’re sure to find it is rewarding and fun to play.