1. Counting the pot even when not in hand

When you are playing online, the pot is displayed on your screen at all times so that you do not have to count it after every session. In a land-based casino, it helps to count the pot size when relaxing because it may help you during the game. You may be faced with a difficult decision during the game that requires careful consideration. You’ll want to avoid stalling as you may ultimately give away your intentions to your opponent. Taking too long to make you move is unwise because the opponent will learn to anticipate your moves before you make them. Always take time to count the pot size when relaxing so it’s easier to strategize at the game table.

2. Keep track of the tendencies of the opponents 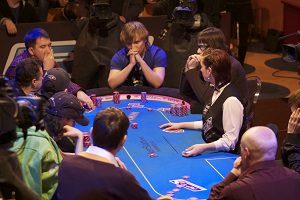 In the land-based casino, it is always harder to keep track of opponents than in the online game. When playing online, it’s possible to gather many pieces of information about the opponent, especially when using a heads-up display. Take every opportunity of the sessions to gather information on the way that your opponents play in different situations. It is impossible to statistically categorize your opponents, but you can cluster them based on the way that they play. You can put them into two categories such as deceptive players and straightforward players. Then you can put them in wider categories based on the behaviors that they exhibit during the game. These wide categories can help you make decisions when playing against them. It may not be exactly accurate but it may be of help in making your decisions.

3. Keep notes about your potential opponents 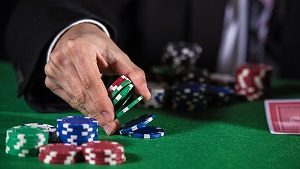 It is always wise to keep notes on the way that your opponents play. When playing live, visual displays and recordings are not present, making it harder to have updated information on opponents. You have to do the work yourself during the live games. The best time to keep tabs on your opponents is in between sessions. In the past, people used to take notes using a pen and a piece of paper. In the modern world, there are less conspicuous ways of observing and taking notes on your opponent. With your smartphone, you can type notes as you move across other apps without drawing attention to yourself. When playing, then you can take out your phone and act like you are not paying attention by texting. This will throw off your opponents who think you are not concentrating. Instead, you are reading their next move from the notes you have made while they were playing previous games.

4. Make rapport with your opponents

Talking to the other players is a really nice way of relaxing while not taking part in a session. Engaging the players is an effective way to discover which players are focused and which ones have already switched off. Get the players to talk about previous tournaments, games they’ve won or lost, as this offers insight into your opponents. People that engage with you and have a lot of financial pressures may be preoccupied, making them favorable opponents. These individuals may give you a signal when they are ready to leave, or some indication of what they’re playing for. These interactions give you important clues for how the players may react to certain moves or their general mood. You can exploit this information when you face your opponents, perhaps even profiting from it.

5. Note down the difficult decisions that you have made

It is wise to write down the difficult decisions that you had to make during the game. When you record the situation, it becomes easier to deal and easier to remember in the future. You can record the information on your phone or notepad so that you remember whenever you play. The memories of past gameplay will inform choices on the table.

6. Record the way that you play

The most important person on the table when you are playing is you. The way you play decides if you will be successful or fail. You should record the way you perceive yourself to be playing at any given time. This will ensure that you get to know where you have weaknesses and where your strengths lie. It is important to have objectivity about yourself because this is how your opponents see you. If you have this information it will be hard for opponents to use this against you.

7. Replay a play in your head

When you visit the casino, take a break in between sessions to stay fresh for the next set of activities. You can chat with other players in the competition as well as reflect on moves you’ve made in the game. You should also record the way that you play so you’ll know how to use your strengths to your advantage. You can also take notes about opponents to ensure that you have the edge over them.