Home » USA Online Casino Blog » How to » How to Scam Casinos 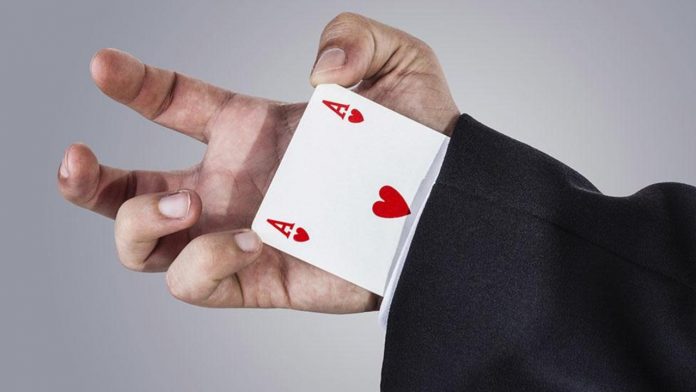 Casino scams have existed as long as casinos themselves. Some cheats are complicated. Some are simple. But, they all have the same goal: Cheat the house and take home more than your fair share of winnings. Be aware that casino floor managers are on high alert constantly and on the lookout for scammers. But, when you see that high roller in the corner, you must wonder if he or she is playing the system to his or her advantage illegally.

The Art of Distraction 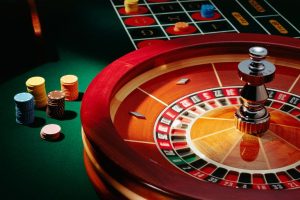 If you want to scam a casino, bring friends. Big heists are seldom made by one player. A group of 50 people involved with a criminal gang in New York ran a roulette scam, according to the Casino Control Commission in Ohio. The criminals visited casinos all over the country and entered the game with bets as low as $1 per chip. Then, when the other player was distracted, they would put chips of a certain color in their pockets. At the same time, an accomplice would slyly try to distract the dealer.

Excusing himself or herself from the table, the player with the colored chips would secretly pass them to another gang member. That player would then hit the next table where that chip’s color had a higher assigned value and cash in. After running the scheme in four cities in the state of Ohio, the gang was finally caught.

Four gang members pleaded guilty, but it was quite clear to authorities most of the people involved evaded law enforcement. The state commissioner said the gang got away with a couple thousand dollars per scam, even though assessing the real damage is nearly impossible.

Computer experts probably have the best chance of scamming casinos, and everybody else, for that matter. We’re all painfully aware of the power of hackers. Lately, data breaches and hacks into corporate, and government computer systems have made headlines on almost daily. But, hackers are nothing new. In 1995, a couple of criminals calling themselves the Roselli Brothers got more than $37 million by getting into gambling systems in Nevada, Puerto Rico, and New Jersey. They didn’t even spend a dime! How did they do this and get away with it for so long? Read on.

The gang employed a hacker to steal people’s credit card data. The victims were people with only the best credit scores. Then, the Rosellis opened an account using their names and funded the accounts with $50,000. Within months, they were given big lines of credit with major casinos. Over the next five years, they led casinos to believe they were occasionally losing money while some of their friends won big, thanks to the way they scheduled gambling activities and offset procedures for betting. These guys were so good, they had incredible markers and the casinos increased their credit lines to more than $1 million.

It all came crashing down during the weekend of New Year’s Eve 2000 in Las Vegas. That night, they were running bets upwards of $100,000 a hand in multiple casinos and collecting win after win. Then, poof! They disappeared, never to be seen again. The FBI took six months to figure out the casinos had been scammed, but that didn’t matter. The brothers with the last name Roselli did not even exist. They had died several years previously! The real identity of the crime ring remains unknown to this day.

Some of these casino scams are legendary. But, maybe you’re not part of a crime ring and don’t want to be. Now, we are in no way suggesting you try any of the following moves. However, there are some common ways to cheat and come out ahead, some are well known, and some are not.

One of the best-known scams is card counting. It is a strategy usually used in blackjack. Players count the cards and try to predict the other player’s next hand to gain an advantage. A good card counter will be able to determine what cards are remaining and then base his or her next play on that knowledge. It is not necessarily illegal, but if a casino floor manager suspects that you’re card counting, you will be asked to leave in a hurry.

This scam sounds like something out of a science fiction movie. Card marking is nothing new. But, special contact lenses that can see invisible ink used to mark the cards only came about in the last decade. At the Cannes Les Princes in 2011, four criminals played high-stakes poker and got away with $88,000. Of course, it helped that one of the scammers was a casino employee. The mistake they made was going back to the same casino to play again within one week. Casino officials discovered that the Aces had markings with a single line and the Kings were marked with a cross that was invisible to the naked eye. The group might have gotten away with it if they hadn’t returned to the scene of the crime.

The infamous Phil Ivey, a pro player, might well be the best-known edge sorter in the world. In 2014, at the Borgata Hotel Casino & Spa in Atlantic City, he won a whopping $9.6 million that the casino refused to pay because it accused him of edge sorting. It’s used by observing subtle differences on the backs of some playing cards, helping the player determine if the playing card that is face down is either high or low. The goal is to trick a croupier into sorting the cards into high and low.

Courts sometimes have a hard time discerning whether the player just took advantage of an irregularity that pre-existed on the back of the cards. In Ivey’s case, the huge winnings were a tip-off to authorities. It’s best to avoid edge sorting, but those who try it should keep a low profile.

Is That Just A Pack of Cigarettes? 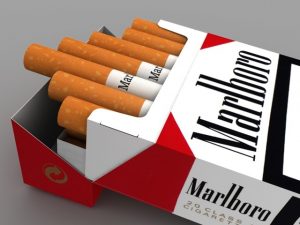 Packs of cigarettes that contain radio transmitters have been used to scam casinos. This one is a little hard to believe, but, apparently, it has worked for some.

At a casino in France 1973, a roulette dealer built a real radio transmitter and installed it inside a cigarette pack. Then, a tiny receiver was installed inside of the roulette ball. You can probably guess what happened next.

The ball would fall within certain sections of the playing table. Nobody realized the placement of the ball was being manipulated by the transmitter! Of course, it took more than one person to pull off the heist. A casino worker was involved in this plan, as well. Casino officials uncovered a well-run scam involving the dealer and a couple of family members … but not before the group made off with $1 million, which at the time, was a significant win.

They were caught when the owner of the casino (romantically interested in one of the female family members) started monitoring her behavior. The owner ordered security to investigate and the scam was uncovered. Again, the lesson here was to keep a low profile and leave that attractive sister or brother home so he or she doesn’t flirt with the casino owner. D’oh!