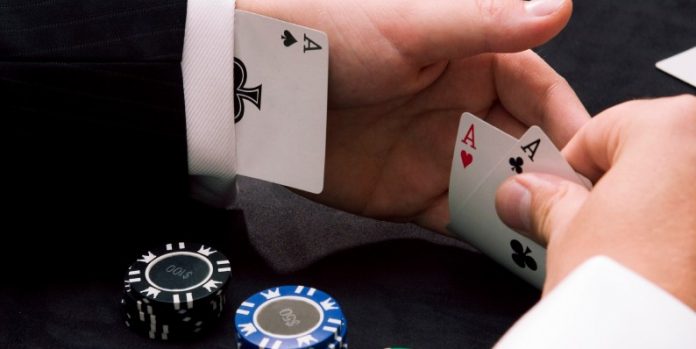 Cheats in casinos are glamorized in Hollywood films. The reality, however, isn’t pretty. So, how can you spot a card cheat in a casino? As an individual, there are also tell-tale signs you can be watching for. Thanks to technology, casino detection methods are improving all the time. In fact, before you walk in the door, the casino has its eyes on you.

Technology That Reads Your License Plate

Some casino cheats are well-known and an automobile’s license plate can tip off officials they’ve arrived before they even walk through the door. It is very basic software that takes a photo of the license plate as a vehicle pulls up. Numbers and letters on that license plate are converted into text using optical software that recognizes the characters and then translates them. The number is run through a database of known gambling addicts and other offenders. If a suspected troublemaker arrives, he or she is not allowed in and will be escorted off the property.

I Am the Eye in The Sky

Like the song says, “I am the eye in the sky,” and while it cannot read your mind, cameras are another way to catch cheaters. All four corners of the casino are being watched and there is no escape. You have nothing to fear if you’re honest. In fact, these cameras are installed to make sure you don’t get cheated out of your hard-earned money, too.

Most cameras are covered with a round plastic globe that makes it virtually impossible for players on the floor to know in which direction the lens is facing. The modern eye in the sky is either controlled by operators manually or work on automatic by motion sensing. TV monitors display the action while a security team watches. If a player appears to be cheating, he or she is watched even closer. Security teams can catch scammers by watching behavior patterns, such as expressions on the face or patterns of betting. While card counting is not illegal, casino owners do not tolerate it and the eye in the sky keeps a close watch on players who might be card counting.

The eye in the sky is very high-tech these days and casinos are increasingly using cameras with biometric recognition of facial features. Thanks to social media platforms, such as Facebook and Instagram, your mug is probably already in a database. All the casino security team has to do is run the image through software, and if a scammer is uncovered, he or she is shown the door.

The Angel Eye was put into use in Asia, after a major crime spree involving card switching. In this case, a sensor is installed in the dealer’s shoe. It tracks the cards being dealt. Unbeknownst to the players, those cards are infused with barcodes using invisible ink. Once the baccarat cards are dealt and revealed, a button on the shoe is pressed by the dealer and the results displayed. If the computer determines that the hand’s results do not match what should be there, security is called, and the cheater is out the door. But, even regular people can spot a cheater if you know what to look for.

A High Roller? Or A Criminal?

One of the most glaringly obvious giveaways is when a player tries to set himself or herself up as a high roller. A team may switch bets or past-post a $1,000 chip, for example. But, these players are not stupid. So, before making the fake bet, they will make a legitimate one with the same denomination chip. The manager and dealer will probably not be suspicious if the same player claims a bet switch that has another $1,000 chip. But, you might see it and wonder about him or her, right?

Bet-back involves purchasing the needed chips from a different table than the one he or she is trying to make a move on. Say a cheater won $2,000 and then moves on to the next table and bet-backs $200. He or she still wins $1,800 in the long run but employs this move to get the heat off his or her back, thus throwing off any suspicious onlookers or security personnel. Crafty. 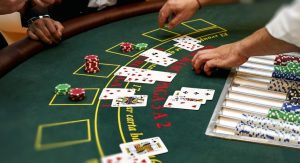 A lot of casino cheating is psychological, so watch a potential perp carefully. You might seem him or her physically reach out to the dealer. In a live casino, dealers are almost never touched by players, so one way a cheat might try to beat the system is by distracting the dealer with the simple act of touch. The cheater with the switched bet gently taps the dealer on the forearm to make him or her aware of the move to cheat and speedily get paid. Shocked at this behavior, the dealer loses focus and can completely forget what he or she saw. Therefore, he or she can’t argue the claim coming from the cheat because he or she doesn’t remember what took place.

Cheaters leave big tips. That is a fact of life. If you see a player you suspect may have been cheating and he or she leaves a ginormous tip for the dealer that is a bit extravagant compared with his or her take, then you might have caught him or her. The theory is dealers who are not happy might call security, so scammers will try to pay them off. This happens more often than you may think. But, remember, everything is being watched by the eye in the sky. So, if the dealer is in on the shady deal, he or she will be caught sooner rather than later.

So, you suspect the guy or gal next to you is cheating but he or she is sticking around way too long to be dishonest, right? Not necessarily. You might think the cheater wants to make a quick exit from the table after his or her shady move or dishonest bet-back. Smart crooks don’t color out their chips to a higher denomination immediately, however. If they did, they would be tipping off the casino they’re heading back to the cage to get paid and leave. In staying put for a while, they’re giving the impression that sure, they might have just been paid, but they’re just another schmuck who is still ready to go for more gambling.

Criminals know a good way to control a table is to be socially convivial. Laughter and small talk are huge distractions, and nobody would suspect foul play when everyone appears so happy, right? The cheater rakes in the cash while talking about what he or she thinks will interest the other players, engaging them in lively banter while he or she is essentially picking everyone’s pockets. Nice guy or gal! (Not really.)

This type of cheat will also often be seen chatting up the casino floor manager or supervisor, trying to drum up a rapport with casino staff. The supervisor will be the main target because it is up to him or her to decide if a player is cheating or if he or she has a legitimate win. Supervisors customarily greet high rollers with enthusiasm and rate play to qualify the player for complementary perks. In this scenario, the cheater gets a big payoff and then is even wined and dined on the casino’s tab afterward! Bottle of Krystal, anyone?