Even the most adamant critic of gambling has at some point fantasized about winning the lottery. Imagine the house or the travel the money can enable you to afford; or is it to help a loved one or donate part of the pickings to a charity?

We’ve all been there — and I can confidently defy you to find someone who hasn’t.

While a vast majority of us will never live to have that kind of money dropped in our laps, there exists some lottery winners that have realized the fantasy. It could be out of luck or out of trying out a few tricks in the book. Either way, they still won and we got something to learn from them.

The first lesson we can glean from their victory is that, the lottery is no scam as some skeptics love to assume. However, the small the number is, there exist many people who have managed to turn their life around after winning the lottery. This goes to show that you also stand a chance to bring this big free money home. Of course, the odds of it happening are teensy-weensy, tiny as it can get — but what if we told you that there exist a few pointers that you could apply today and get to increase your chances of landing the lottery money someday?

Read on to find out about them:

Luck only favors those who try. Therefore, success isn’t going to come knocking at your door. You have to go out and find it or at least make an effort to get it to you.

Starts with you being strategic with how you approach the lottery. How? You ask.

1. Be Purchasing More than One Ticket 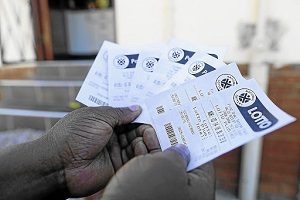 Winning the lottery is all about odds. Only one out of hundreds of millions gets to head home with the money. You have to be that one person that the lottery falls on to secure the bag. By purchasing more than one ticket, what you’ll be doing is raising your odds of winning. It’s simple math: the more tickets you buy, the more you stand a chance to win the lottery.

More interesting is that there’s no limit as to the number of tickets you can buy. If it were any possible, you could buy all the cards and be the definite winner. But since it isn’t, the only way you can get yourself closer to winning is by purchasing as many tickets as you can afford. 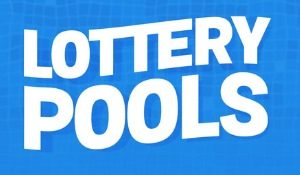 Of course, the payout that you receive at the end of the day will be less compared to what you’d have made had you chosen to fly solo. But it works by ensuring that you have an even greater possibility of winning.

3. Keep in mind that the number of tickets doesn’t affect your odds of winning

It’s erroneous to believe that you have a better chance of winning if fewer people bought the ticket. When you look at it, the lottery doesn’t operate like a raffle, where the winning ticket is singled out from all the entries made. So regardless of the number of people that end up buying a lottery ticket, you have the same chance of winning.

Here’s one way to look at it: imagine a situation where only one person got to buy the ticket. Does it mean that that one person is a definite winner?

4. Focus on One Play at a Time 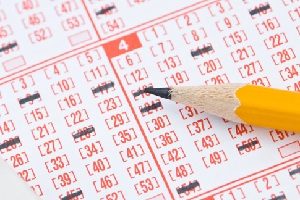 You don’t have to play so often. But the few times you get to play, don’t shy off from investing much. Buy more of the tickets and raise your stakes, which is better than playing so often but with low stakes. This strategy isn’t there to increase your chances of winning the lottery in your lifetime, but it does affect which jackpot you choose to bet on.

Instead of going big on small jackpots, you can choose to reserve the resources for the big prize to come so that you can go heavy on it. And if by any chance you end up winning a jackpot, you can be sure of winning big money.

There isn’t any logical sense in buying the same ticket number over and over again. Hollywood has well publicized this trick, but it’s all a false belief.

When you look at it, every draw starts with a clean slate, and can’t be therefore affected by a previous draw or a future one. If anything, it’s possible to have the same number winning over and over again, while the ticket number you’ve been buying lives to win. 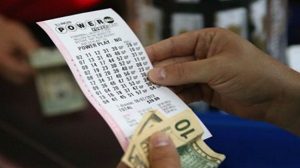 Don’t just assume your ticket is lost. Go through it at least twice to confirm that you indeed lost. In the history of the lottery, there have been some people who missed the lottery because they didn’t bring themselves to reading their tickets right.

Winning the lottery is a once-in-a-lifetime opportunity, and which may never come, so don’t let the opportunity escape you when luck finally comes knocking at your door.

Don’t bank all your hopes on the lottery. But there’s no harm in setting up a small budget for it. In which case, you stop playing once you’ve exhausted the cash while avoiding dipping into your main account.

When drafting your monthly budget, just set aside a small amount that you will be using to buy the tickets with. Whatever you do, try to avoid the temptation of getting the cash from elsewhere to buy more tickets. 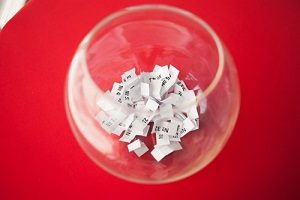 A lot of people have won using quick picks. But one thing you’d want to consider is that quick picks are pretty ordinary and more people as such use them.

Statistically, as far as the lottery goes, the odds don’t change regardless of whether you opted for a quick pick or made your own. So whether or NOT you chose lucky numbers, at the end of the day the winner will be randomly determined based on the random number the machine generates.

So apart from raising your winning odds by buying more tickets, nothing you do hinge you closer to winning the lottery.

The only limitation with self-picks is that we tend to think pretty much the same as humans. Speaking of which, you might be surprised to find that your lucky numbers are probably the same lucky numbers to a dozen other people out there.

Meaning, after winning, you’re likely to find yourself sharing the pickings with several other people out there.

Smaller rewards are much easier to bag. A typical scratch card will have odds that range from 1:2.5 to 1.5. It’s therefore crucial that you consider this while picking out a scratch card.

You’re even allowed to ask the clerk about the kind of cards that have returned the highest count of winners. Another trick would be to pick a game that has been mostly losing — that way, there’s a fair chance that a win could be on the road. 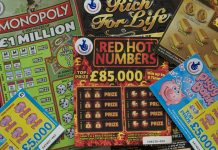 How to Cheat on Scratchcards Using the Singleton Method 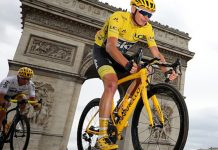 Your Guide to Betting on the Tour de France 2020

6 Ways Playing Poker Can Help You in Business