Huawei recently surpassed U.S. tech giant Apple as the world’s second-largest maker of smartphones. This is the first time since 2010 the iPhone maker has been knocked out of the top two positions. The Chinese giant first ventured into the handset market in 2003 and unveiled its first smartphone six years later. Since then, its smartphone division has rapidly expanded to dominate the global smartphone market.

The International Data Corp. (IDC) reported that Huawei delivered 54.2 million units of smartphones in the second quarter of 2018. This is 15.8 percent of the global smartphone market. Huawei’s phenomenal growth has left many analysts scratching their heads because the company is largely locked out of the U.S. The company’s biggest challenge is its links with the Chinese government.

Ryan Reith, program vice president of IDC’s Worldwide Mobile Device Trackers, said: “The continued growth of Huawei is impressive, to say the least, as is its ability to move into markets where, until recently, the brand was unknown.”

The lead may not last

However, Huawei’s dominance may be temporary if historical trends are anything to go by. Apple may yet claw its way back not just into the second slot, but to the very top. That has happened before and there is no reason it won’t happen again.

“It is worth noting that Apple moved into the top position each of the last two holiday quarters following its product refresh, so it’s likely that we’ll see continued movement among the top-ranked companies in 2018 and beyond,” Reith said.

But, it’s not just Apple and other top competitors that Huawei has to worry about. Smaller mobile makers, such as Xiaomi and OPPO, are increasingly making a larger dent in their market shares.

“For most markets, the ultra-high-end competition is largely some combination of Apple, Samsung, and Huawei, depending on the geography, and this is unlikely to change much in the short term. At the same time, Xiaomi, OPPO, and Vivo are all slowly pushing their customer base upstream at a price tier slightly lower than the top three. This is an area they should all watch closely as the builds in this segment are getting increasingly more advanced,” Reith added.

Anthony Scarsella, research manager with IDC’s Worldwide Mobile Device Trackers, added: “The combination of market saturation, increased smartphone penetration rates, and climbing ASPs continue to dampen the growth of the overall market. Consumers remain willing to pay more for premium offerings in numerous markets, and they now expect their devices to outlast and outperform previous generations of that device which cost considerably less a few years ago. To contest this slowdown, vendors will need to focus on innovative features and form factors combined with incentives and promotions to drive growth in many of these highly competitive markets moving forward.”

IDC is a provider of market intelligence and advisory services for telecommunications, information technology, and consumer technology markets.

Huawei is largely unavailable in the U.S. and Australian markets 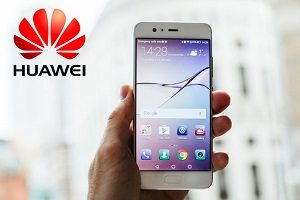 Huawei’s connection to the Chinese government is the company’s biggest obstacle to growth in the international market. The U.S. and Australian markets have been particularly tough nuts to crack for the Chinese giant. Both U.S. and Australian intelligence officials have raised questions about the safety of data. They fear that storing data on the company’s networks and devices will be like inviting the Chinese government agents to a party.

The defense departments of both the U.S. and Australian governments do not allow their personnel to use Huawei mobile devices. The company is trying to persuade the Australian government that it is safe to use its products and networks. For the moment, it is looking like knocking against a wall. But, things may change in the future.

Being denied access to a large portion of two of the world’s biggest smartphone markets doesn’t deter Huawei. The company is growing stronger by the day. If it can open the door to the U.S. and Australian defense departments, it may surpass the current champion Samsung. That day may come sooner than expected.

Here is a look at the top five smartphone companies in Q2 of 2018 compared with the same period in 2017.

As you can see from the table, Huawei has seen an impressive 40.9 percent growth in just one year. Xiaomi has seen a bigger growth of 48.8 percent. At the same time, Apple has not had any appreciable growth.

The competition among the top smartphone makers is cutthroat, to say the least. Will Huawei knock Samsung out of the top or will Apple or Xiaomi knock it out of its second position? That’s hard to say now.