Whether you visit in spring or winter, there’s never a bad time to head to the U.S. gambling capital. It’s a city that never sleeps, after all. You could visit in the months when there is blistering hot sunshine, top concerts to attend and lots of cool outdoor activities to try, or you could go at Christmas time to catch the Winter Wonderland shows, drop in to meet Santa, and do some ice skating on the Strip.

No matter when you decide to head to Vegas, here’s what you can expect in terms of weather, getting there, and things to do throughout the year.

You might expect Vegas to be packed out in summer, but that’s actually one of the best times to go because the city doesn’t see as many visitors. This is because the weather hits sweltering temperatures — which can be a downer for some people who don’t handle intense heat well.

Fortunately, there are plenty of places to get shade, along with air-conditioned indoor attractions to visit where the heat isn’t going to bother you. You can also expect shorter lines at buffets and you won’t have to put up with large crowded areas. 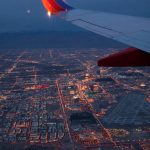 As Vegas relies mostly on tourism, cheap fares to McCarran International Airport tend to be provided all year round. Airlines have been known to offer one-way tickets for less than $15 from some states and booking sites offer affordable flight deals from around the world during the low season.

The cheapest time to fly to Vegas is in the summer, but if you’d rather go when the weather is cooler, aim for September-November or January-April to secure an affordable flight deal.

Summer is also a good time to book your accommodation. You’ll find an abundance of discounted penthouses, suites, and hotel stays, but again, if you don’t want to sweat profusely during the entire trip, it’s much better to visit around September-November and January-April. If you are going to book your stay around the start of the year, it’s best to avoid spring break and times when major sporting events are taking place.

If you’re an avid sports lover, the best time to visit Vegas is in February and March. February is typically when the Super Bowl starts if the city is hosting that year. If you’re planning a longer stay, you can also catch St Patrick’s Day celebrations and the start of March Madness.

Be sure to grab yourself a table at the MGM Grand or Venetian to witness the games on hundreds of HD screens, or head to some of the city’s top sports bars to enjoy a few beers and keep tabs on the scores. 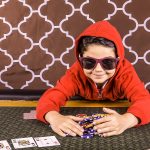 Easter, Thanksgiving, and Christmas are all great times to visit Vegas if you have kids or just want smaller crowds. Most people are spending time with their own families or with relatives during these periods, so it’s a good opportunity to take advantage of big discounts and take in the festivities.

Easter is an especially good time to visit venues like the Mandalay Bay and Eiffel Tower Restaurant for Easter Brunch. You’ll also find Thanksgiving menus in restaurants all over the city, plus early Black Friday deals in all the shopping malls this time of year. 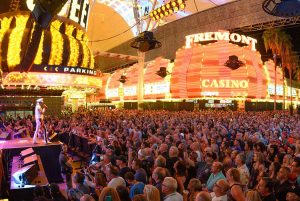 Concerts and big-name shows are held throughout the year in Vegas, but June is when you can expect to see top artists and bands. There is always a packed schedule of other great performances to see during the summer months too, including Cirque du Soleil, Criss Angel’s MINDFREAK at Planet Hollywood, The Rat Pack, and the Beatleshow.

Between June and July, the renowned World Series of Poker tournament also takes place. If you’ve got $10,000 to spare for the buy-in, there’s $10 million up for grabs as prize money!

While the best festivals like Helldorado Days and the EDC dance festival are in May and June, there is something for everyone if you head to Vegas for its fall festival period. Life is Beautiful takes place in September, and features a full lineup of musical styles ranging from rap, punk, and country to dubstep, ska, and an array of other genres.

For those who want to experience the culture and art of Las Vegas, be sure to head to Art in the Park in October. It’s one of the world’s largest art conventions that sees over 100,000 attendees come to admire the beautiful concepts and installations put there each year. 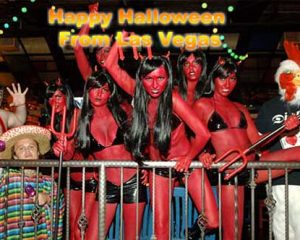 If you’re less inclined to act out dark fantasies with strangers, you can always opt for a less-edgy-but-still-entertaining kind of night out at the Fright Dome. It’s full of stomach-dropping roller coasters and scary amusement park rides that will give you all the Vegas thrills and chills you’ll ever need.

There really isn’t a bad time to visit Las Vegas, because the city is constantly adapting to the seasons and the clientele it sees throughout the year. Summer is ultimately the best time to go if you want to miss the hustle and bustle of other tourists, and take advantage of cheap fares and accommodation — just don’t forget to pack your shades and a gallon of suntan lotion!