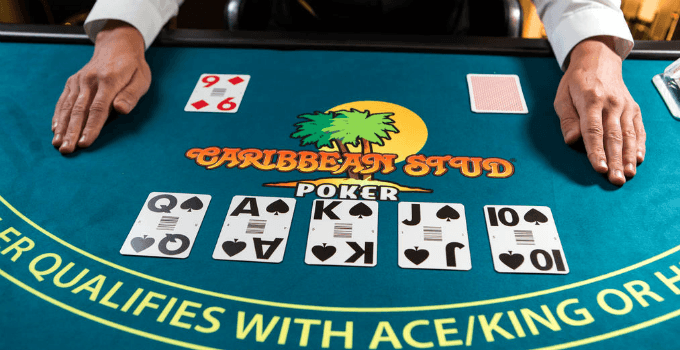 If you’re looking for a game that will give you the best odds possible, you’re not alone. Many gamblers are looking for any edge that will help them fatten up their bankrolls. Want a way to give yourself an edge the next time you visit a casino? Here’s some information about playing the games at a casino that give you the most opportunities to win.

What Is A House Edge?

All casino games have a set long-term advantage in favor of the casino — or house. Usually, the more skill you need to have as a player, the smaller the house edge is. Many of the skill games played at a casino have low percentages for the house edge. Unlike the odds, where there’s a short-term bet placed, usually on sports, a house edge is constant. Over time, the house edge gets larger. However, if you understand the house edge, you should be able to use your skills to reap some rewards.

Understand that the house edge means that those games with lower edges make it more likely for you to win. You’ll also lose less money over time than if you play games with a lower house edge. Here are the top 10 lowest house edge games. 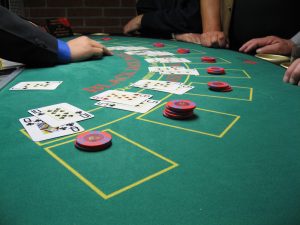 Blackjack played with a single deck has the lowest house edge of any casino game. The house edge in blackjack is .5 percent to 1.5 percent. The only reason the house has an edge at all is because the dealer plays last. The dealers themselves don’t influence the game. If the player is skilled, he or she can make a significant amount of money at blackjack. This is especially true if he or she learns how to count cards. However, blackjack is most definitely a skill game. If a player makes a mistake, he or she increases the house edge significantly.

Blackjack is a popular table game. The object of the game is to collect cards and get as close to 21 as possible without going over. If you can do this, you will win.

Craps is not a game of skill. It relies on the roll of the dice instead. Players place bets, and the dealer rolls the dice. Players win if they correctly guess the outcome of the dice rolls. The house advantage in craps is nearly zero when a player plays the odds. That is because, in craps, the advantage is evenly split based on the number rolled. Overall, the house edge for craps is 1.5 percent. The house maintains a slight advantage overall because many people take risky bets during craps. For example, multiroll bets, when the player tries to guess how the dice will fall, are extremely difficult to win. 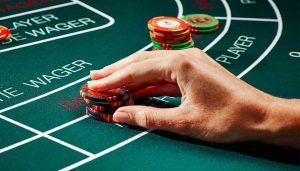 Baccarat also has a house edge of 1.5 percent. The casino considers baccarat a game of skill, and it’s difficult to win. In baccarat, players bet on the outcome of a hand. They either bet on the player’s hand or the dealer’s (bank). The outcome depends almost entirely on the skill of the player. If the player is good at baccarat and betting on hands, he or she will have the advantage. If the player is not good, he or she will lose often. It’s difficult to guess the outcome of baccarat until the game ends. Therefore, it’s necessary to have skill to win. 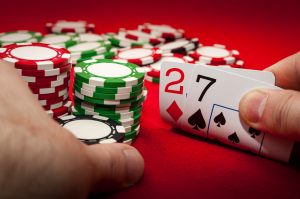 Three-card poker has the same odds as baccarat and craps. It has the lowest odds of any poker game. In three-card poker, the dealer and the player play with their cards face up. They are trying to get the highest hand possible. The dealer plays last, and only if the player has a Queen high game. Otherwise, the game pays out the odds at 1:1. Three-card poker started appearing in casinos 25 years ago. Players wanted to play a poker game that was as fast as other table games. The house edge in three-card poker comes from the dealer having the opportunity to play last. 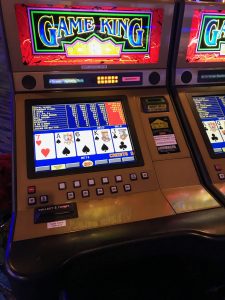 If you’re going to play video poker, check the odds before playing. You want to find a video poker game with good odds, so you have more opportunities to win.

Like video poker, slots have a wide variety of house edges. The odds on each machine vary. You will need to check the pay tables and odds on the slot machine before you start playing. Slot machines can either be true mechanical machines, or they can be video slots. In slots, the player places a bet, and, then, moves a lever or presses a button. Like some of the other games on the list, a slot machine isn’t a skills game. A random number generator determines the winner. The house edge in slots can be anywhere from 2 percent to 10 percent. 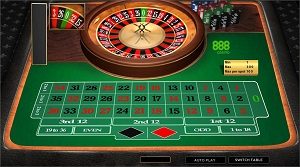 There are two types of roulette played in casinos. The single zero roulette game is more common in Europe. And, you’ll usually find the double zero roulette game in the United States. Because there is only one zero in the European version, the edge is lower than in American roulette. The house edge varies between 2.5 percent to 5 percent. In roulette, players can bet on what number they believe will come up. Players can bet on a single number, a group of numbers, or a whole side of numbers if they choose.

These poker games all have a house edge of between 2.5 percent and 5 percent. The skill of the players determines the house edge. Pai Gow originated in Asia. Originally played in China with playing tiles, much like mahjong, the game is usually played by five people. Each player wants to beat the dealer. So, he or she bets his or her hand against the hand of the dealer. The object of pai gow is to create two winning poker hands. Players must make a winning hand at both five-card poker and two-card poker. Those hands must be able to beat the bank’s hand.

Texas Hold’Em is one of the most popular poker games. The object is to get the highest rank of cards to win. The game has very specific rules. Each player gets two cards face down. Then, the dealer distributes three more cards face up to the group as the game progresses. Players can draw and discard the cards they need. Texas Hold’Em is a variation of the traditional five-card straight poker game.

No matter which game you play, make sure you consider the odds and the house edge. Remember, the lower the house edge over time, the more likely you are to win money from the house. Casinos must post odds and house edges, either on the machines, their property or their websites. This gives customers the information they need to bet wisely.