Most people don’t fully realize the extent of influence that casinos have on the tourism sector. While it’s no surprise that places like Macau sees millions of people visit their casinos each year, other parts of the world also see exceptionally high numbers of tourists looking to gamble around peak seasons.

Take Australia for instance. You might think that the Sydney Opera House and its 7.4 million annual visitors would be the main attraction for most, but it’s the casinos in Down Under that are thriving as a result of foreigners who love to gamble. This is the reason why Australia’s casino industry also sees 26% more visitors every year than the continent’s most famous landmark!

Casino Tourism Across the World

Some countries truly have it easy when it comes to managing casinos and the people who visit them. For the gambling and tourism industries in some other places, crime, mother nature, and debt collecting companies make it much more difficult. 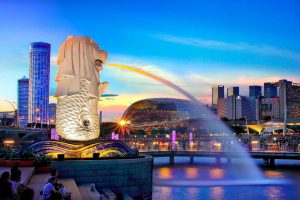 Singapore is a nation dependent on casino tourism, even though it’s better known for being a shopping destination. Almost 3.25 million out of the 17 million gamblers who visited in 2019 were Indian, Taiwanese, Malaysian, and Chinese, according to studies.

You would imagine it to be a more popular gambling spot because of the large numbers of China’s high rolling clientele who visit frequently. Unfortunately this isn’t the case, because the casinos here do not have the same lines of extended credit that most worldwide casinos have. This means that instead of using an organization to collect any debts from players, they have to do it themselves. This can be a challenge if the players are reluctant to pay up. 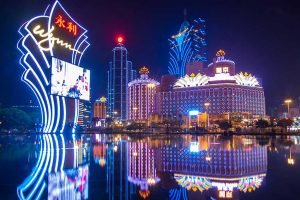 Despite Macau holding a reputation for being the world’s number one gambling mecca, in the last few years the crown has slipped considerably due to lack of visitors and ongoing tension between China and the U.S over trade negotiations. Gamblers visited Macau casinos 51.5% less in 2019 compared to 2016; the lowest drop ever recorded.

2020 has been the worst possible year for the region so far, after gaming revenues barely reached $95 million in May as a result of Coronavirus lockdown measures. Compared to the same month last year when Macau’s casinos collectively raked in over $3 billion, this equates to an unbelievable 97% decline in revenue.

On the positive side, analysts don’t believe Macau will be hit by recession, and expect it to bounce back from the global crisis by early summer. This will of course, all be dependent on infection rates, whether the freedom of movement will no longer be restricted, and providing share prices have improved by that point.

As residents aren’t permitted to gamble, Monaco’s small casino industry heavily relies on foreign gamblers. The four famous casinos; Casino de Monte Carlo, Casino Cafe de Paris, Sun Casino, and Monte-Carlo Bay Casino all became regulated under the Commission des Jeux Gaming Act in 1987. Since then they have been one of the top economic resources in Monaco, contributing to 4% of the 11% general tourism that makes up the GDP numbers.

Casinos in Monaco are also exempt from paying income tax because of the gambling revenue they collectively create each year. According to SBM, 2019 saw revenues total over $569 million in 2019, up year-on-year by 11% according to the report. This is another reason why tourists are vital in maintaining a steady cash flow in Monaco. 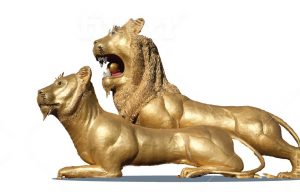 Cambodia is set to one day become the Sin City of the East, however, there is a mass of crime and untoward corruption in the country’s casino landscape. You only have to check the headlines to see how it continues to cope with Chinese triads almost on a daily basis, including extortion, robberies, kidnappings, and stabbings.

Approximately 300,000 Chinese nationals moved to Cambodia for its casino scene in the last year. During this time, a big number of these people were arrested at Cambodia’s airport after police confiscated several suitcases filled with millions of dollars. Even though police have had some success at maintaining order in Sihanoukville, they’ve struggled to keep up with the rapid acceleration of crime in places populated by casinos.

This has created a hostile mentality in most that live there, as well as in those who have ever thought about visiting in the last few years. Online casinos have seen a surge in players because gamblers simply do not want to take the risks at Cambodia’s brick-and-mortar venues anymore. Although IGamiX Management and Consulting estimate that 80% of gaming revenue in Cambodia now comes from online Chinese players, the prevalence of online scams and illegal gambling sites are just as much of a problem, and an ongoing battle for the police and the authorities. 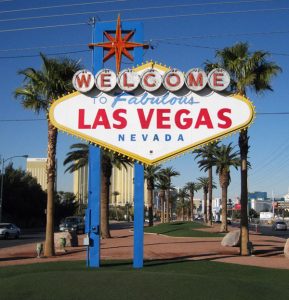 Last but not least, and Las Vegas being the world gambling playground that it is — it shouldn’t come as much surprise that Nevada alone pumped out $12.03 billion in gaming revenue in 2019. The 240-billion-dollar-a-year industry employs approximately two million workers to staff the casinos in Sin City. This is one of the key reasons why gambling plays such an integral part in the economy and U.S. tourism sector, and another reason why America is more driven by land-based gambling as opposed to online casinos.

While the legal framework for online gambling is still a topic being drilled out by officials in various states, more are beginning to discern the idea of billions more in revenue just from allowing gamblers to legally bet online. Numerous ones have decided to follow in the footsteps of New Jersey, Delaware and Pennsylvania since the U.S. Supreme Court gave regulatory oversight to individual states. Experts believe that by 2025, more than 75% of all states would have legalized every form of gambling online and offline.