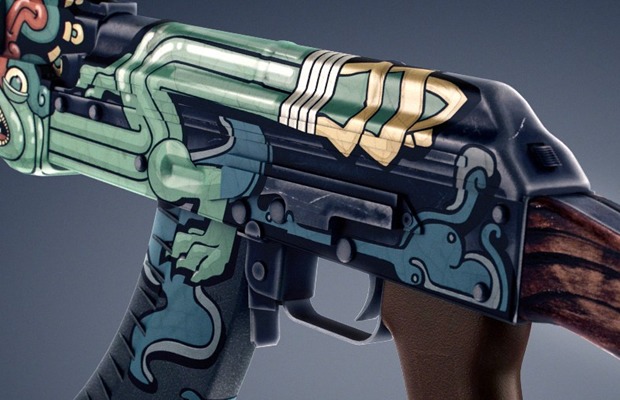 At first glance, the words ‘skin gambling’ might come across as confusing and may conjure up all sorts of strange imaginations. The uninitiated may even find the explanation baffling. However, skin gambling is a rather controversial topic among online gamers and has been on international regulators’ radar for quite some time now. They have tried to put an end to it, but it still lives on with millions of gamers globally participating in it. So read on to find out what skin gambling means and issues related to it. But first things first;

The skins are graphics or audio downloads that change the appearance of video games’ characters or items. For example, a gun used in a video game can have different ‘skins’ to make it look different. But, it’s good to note that the skins are purely aesthetic, that is, they do not impact the outcome of the game in any way or increase a character’s abilities or make you a better player.

Skins can be earned either within the game, or you can purchase them in the game store. Some skins are hard to find compared to others, which gives those players with the rare skin some kind of recognition – almost the same way as branding clothes.

So skin gambling is when these skins are used as tokens to bet or for gambling. 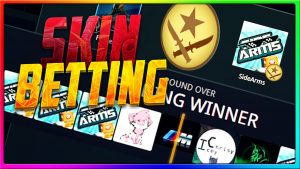 In 2000, Counter-Strike, the first-person game, was released. The game involved players fighting terrorists in war zones across the globe and its design’s striking realism made it an instant classic.

In 2012, as a way of rejuvenating the game, Valve released the popular CS:GO (Counter-Strike: Global Offensive). While the game remained basically the same, players were now able to win or buy decorative covers for their weapons as well as designs or costumes to enhance the characters. These new features were called ‘skins.’

To purchase skins, players have to deposit money into an account on Steam. Steam is a Valve’s multiplayer gaming platform. The cash is then converted into credits, and it’s good to know that this process is not reversible. Players now use the credits to purchase skins for CS:GO and for also other games available on the Steam Market. The more popular the skin is, the more expensive it gets. The player’s personal Steam library stores the skins.

How skins are used for gambling

As the quality and look of skins, improved, their demand increased, and so was their rise as an online currency began. Steam operates on an Open Application Programming Interface (API), and third-party sites that unaffiliated to Valve sprang up to allow players to buy skins with detailed designs outside of Steam with the use of online payment tools such as PayPal and even Bitcoin.

Also, developers have enabled players to log in to their Steam accounts and get access to their skins and use them as virtual currency for other third-party site activities such as gambling – the most popular activity.

Battles between players in games such as CS:GO can be streamed online for people to watch on video sharing sites like YouTube. Third-party sites use these opportunities to promote upcoming battles by allowing players to use their skins stored in their Steam library to wager on the outcome.

Players can use as many skins as they want to gamble. While the game is live, the skins used as stakes are taken out of their library and locked. If the bet wins, the player gets back all their skins in their library together with the skins their opponent staked and lost.

Over time, players started to become frustrated because they couldn’t cash out for real money their growing Steam credit balances due to winning on gambling sites. This led to the development of unaffiliated sites that enabled skins to be used as ‘true’ virtual currencies with cash exchange value. Sites such as skin.cash allowed players to withdraw their Steam credit balance by having it paid back through PayPal or onto their credit/debit card.

Skins are now also used as currency to wager on casino-style public pot games of chance such as roulette and coin flips. Players deposit their skins to be converted into jewels or coins of different value and are then used in place of casino chips to wager on games of chance. The chips can also be used to purchase skins and place more bets.

Virtual coins can also be used to gamble and can also redeemable as cash. Players can purchase coins by buying through a credit/debit card, referring friends to play the game as well as exchanging their skins for their value in coins – the Steam market determines this.

Earning money through skin gambling is not that easy; it’s actually not different from conventional online gaming. The only real difference is that one uses in-game skins, and the other uses real money; therefore, the gambling principles, as well as everything else, are basically the same.
Valve’s Steam marketplace is the most popular and not forgetting the most profitable since it basically holds almost the entire skin gambling segment. As far as skin gambling is concerned, the two most popular esports titles are Valve’s CS:GO and Dota 2. They are the leading franchises currently with the active marketplace community. Thousands of ‘skins’ are purchased and sold in Steam marketplace daily, and a huge portion of that goes solely to skin gambling.

As mentioned earlier, skin gambling is quite a controversial topic. While there is a lot of debates concerning the practice globally, there are still no specific laws or regulations that govern it.

So far, Valve has distanced itself from the unaffiliated sites that facilitate the practice stating that it doesn’t facilitate gambling, nor does it support players who encourage the activity. In 2016, it sent cease and desist orders to about 23 skin gambling sites, but only 11 of them shut their services while the rest either removed the gambling element temporarily or chose to ignore the order completely.

Many countries across the globe deem the practice as illegal and for various reasons. First of all, the third-party sites do not have an age verification process on them; therefore, there is nothing to prevent underage players from skin gambling. Also, in most cases, their user privacy and level of security is non-existent, which causes more problems with regulators. Additionally, in some jurisdictions, for in-game items to be traded for other items of value or converted into cash, they require a gambling license. Therefore, in that context, skin gambling can be classified as unlicensed gambling. However, as long as the sites that offer the service are licensed, and the players are over 18 years, skin gambling can be considered a legal gambling practice.

However, in most of these countries worldwide where skin gambling is considered illegal, it is not uncommon to find that they lack regulating bodies to enforce the laws. Valve is actually the one doing most of the work, hence the unsurprising presence of these skin gambling sites. But despite the moral outcry and legal confusion surrounding skin gambling, it is still a very popular practice across the globe.