The History of Tattoos 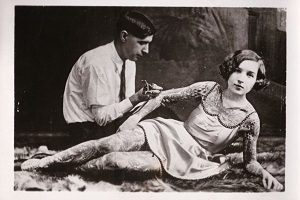 Tattoos have been around for a very long time — thousands of years in some aboriginal tribes in Asia, South America, and Africa. While many people have tattoos for religious or cultural reasons, tattoos have been seen in the West as something relegated to circus freaks, the military, and criminals. However, in the last 30 years, tattoos have entered the mainstream. Many people now have tattoos based on a family connection, a love story, historical context or for religious or cultural reasons.

For example, during the American Civil War, soldiers asked to be tattooed before they left because they (or their families) were concerned the only way they could be identified if they were killed during a battle is through a tattoo. While this form of tattooing does not have a bad connotation (relatively speaking), there are other forms of tattooing that do. For example, criminals were often branded or tattooed and then banished to a colony, especially from the United Kingdom. During World War II, prisoners at Auschwitz were also tattooed with a number on their arms, sometimes with a Star of David, and sometimes without it. 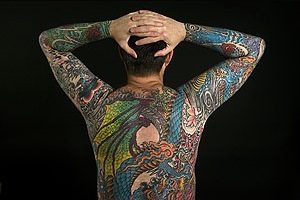 Tattoos have recently been viewed as an art form. There was an emphasis in Asia of tattooing as an art form, which was conducted on a large scale in the royal houses and with soldiers. Many Asian men had large murals tattooed on their backs in brightly colored patterns, which were considered art forms, and the pain involved in the tattooing was seen as a rite of passage. In the 21st century, tattoos are also viewed as art forms, with many people receiving elaborate tattoos, even if tattooing is not part of their heritage.

Tattooing has gained prominence in the West as an art form because of celebrity tattoo art and artists, the prevalence of social media, and the exhibitions of tattoos and artists on reality TV shows, such as “Inked.” Tattoo artists who have become famous can earn as much as $1,000 per hour of tattooing, not including a sitting fee for the artist. Elaborate tattoos can take hours or days to complete, and the expense can run into the tens of thousands of dollars.

Tattoos as a Meme or as Comedy

For all the amazingly decorative and/or artistic tattoos, there are also horrible ones that have ended up as memes or photos on Facebook, Pinterest, Instagram or Snapchat. There are websites dedicated to tattoo failures, including horrible art and poor spelling and grammar. Other tattoos are posted because they were supposed to be in a specific language, such as Chinese. But, because the person being tattooed did not check for any mistakes – perhaps because he or she does not speak the language –some people have been tattooed with takeout menus, curse words, or names of a girlfriend or boyfriend. There are even television shows that specialize in fixing bad tattoos.

Getting a Bad Tattoo on Purpose

One of the artists who has created her own genre of tattoos is from Salvador, Brazil. Helena Fernandes is 26 years old, and until a couple of years ago, she worked a 9 to 5 job and doodled in her spare time. Admittedly, she is not a good artist – and she is the first one to say so — but people are flocking to her to get tattoos. 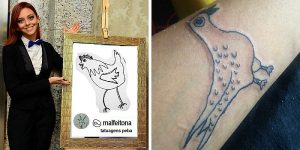 Fernandes began her tattoo journey about two years ago when her boyfriend asked her to ink his arm with one of her bad doodles for fun. She got a simple tattoo kit from the Internet and did his tattoo as he requested. However, when people saw her boyfriend’s tattoo, they loved it because it was bad, and began to ask him where he got it. Although at first, she did not charge for her bad tattoos, when she upgraded to a more expensive tattoo set and had to keep buying ink, she began to charge money. While most tattoo artists do not earn money from bad tattoos, Fernandes has achieved notoriety for how bad hers are.

Over the last year, Fernandes has bought more and better quality equipment and has opened her own studio. Tattoo artists in the United States usually go to a tattoo school and must receive hundreds of hours of training under an established and licensed tattoo artist. They also must pass an exam to be licensed by the state. Fernandes has done none of those things in her home country, yet people have managed to find her. Fernandes now has 50 tattoo designs that her clients can choose from, or they can ask her to draw an original design, which she says she has done a few times for friends and clients.

Fernandes has said that people started coming to her through word of mouth because she does not advertise. She does post pictures of her work on social media, under an Instagram account called “bad tattoo artist.” People have been calling her and coming to her house looking for something that looks natural, childlike or primitive or just for something different.

Fernandes admits that she draws poorly, and is not a trained tattoo artist, but people still like her tattoos. Clients have specifically sought her out because she is a unique designer, and they do not want the same old thing. Fernandes listens to what the client wants – or sometimes she draws what she wants. Then, she draws an image on a piece of paper, which she uses as a guide to tattoo the image on the client’s skin. She does not retry a tattoo, and she does not touch it up. The tattoos look like childish doodles, but that is what her customers seem to want.

When she started posting photos of her bad tattoos, the pictures went viral, and Fernandes began receiving requests for tattoos. As the notoriety of her tattoos began to sweep the Internet in Brazil, she began to receive criticism from other tattoo artists in the country, especially those who take their work seriously, and think she is making a mockery of their profession. But, Fernandes said that she is not making fun of them, she is just working in her own way. And, people who want her tattoos know up front what they are getting from her. If they wanted an artistic, detailed tattoo, they would go to someone with art and tattoo experience, she said. Fernandes said she cannot tattoo in the same way as other artists do, and she cannot copy other people’s work, because she only has the experience to do her own drawings.

And, to think, all of Fernandes’ fame, infamy, Instagram pictures, and the new job started because, one day, she decided she would draw and then ink a funny-looking bat on her boyfriend’s arm as a joke.