A few months ago, Harvey Weinstein was indicted and charged with sex crimes in New York. The New York Times reported the Manhattan District Attorney’s Office prosecutors are having a hard time holding their case together against the producer. Weinstein was charged in May 2018 with first and third degree rape. The charges were connected with an incident that occurred with a woman in 2013. Weinstein was also charged with forcing another woman into oral sex in 2004. He was also charged in July 2018 for three more felony sex charges for assaulting a third victim. The third woman claims Weinstein forced her into performing oral sex in 2006. Harvey Weinstein, a notable Hollywood producer, pled not guilty to the charges. 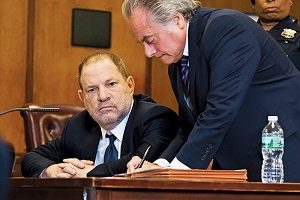 At one of the earlier hearings in the case, Judge James Burke dismissed Weinstein’s 2004 charge. This decision came after it was reported that prosecutors and police withheld evidence from the grand jury. The evidence contradicted the account of the incident that the alleged victim, actress Lucia Evans, provided. In May, Evans testified before a grand jury that Weinstein forced her into giving him oral sex during a casting meeting. The incident allegedly took place at Miramax’s Manhattan offices, where Weinstein was CEO. However, three month before Weinstein was indicted, while the NYPD was investigating a series of harassment and assault accusations against Weinstein, one of Evans’ friends told lead detective Nicholas DiGaudio a slightly different story. The friend stated that Evan described the interaction with Weinstein as consensual. Evans allegedly told her friend she performed the sexual act for an “acting job.”

Joan Illuzzi, lead prosecutor, said the DA’s Office initially learned about Evans’ friend’s account of the incident when the friend contacted the office directly. Prosecutors sent a letter to the court that was opened after the hearing. The letter stated DiGaudio “failed to inform” them of “important details” that were included in the interview. Prosecutors also advised the friend that she wasn’t obligated to oblige them and told her that “less is more.” Allegedly, DiGuadio told one of Weinstein’s other accusers to delete any compromising information from her phone before giving the device to prosecutors. The accuser did not, due to advice from her lawyer.

The letter further explained that Evans maintains she never agreed to have any form of sexual contact with Weinstein. Prosecutors also found a letter Evans sent to her husband three years ago. In the email, she described her 2004 encounter with Weinstein. However, the details in the email were different than the ones that were shared with police. When Weinstein’s lawyer asked Judge Burke to dismiss the charge connected to Evans, Illuzzi did not object. 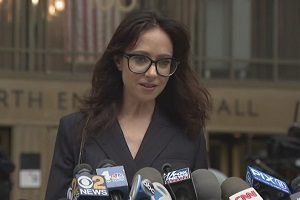 Carrie Goldberg, Evan’s attorney, criticized prosecutors for the way her client was treated. Goldberg emphasizes that the statements Evans made to authorities, both before and after the grand jury, were consistent. Goldberg told the Times, “The first challenge they faced, rather than fighting for this case, they just dropped it. It’s disingenuous to claim that this dismissal was based on anything other than procedural mistakes.”

DeGaurdio communicated through a union representative that he “disclosed all of the information in the question.” Since Evans’ hearing, he has been removed from the case. Prosecutors are now deciding whether they should contact him to testify.

According to Illuzzi, the court is “moving full-speed ahead” with the case. She also states that her office is continuing to interview other women who may have been victims of Weinstein. Attorneys who are defending Weinstein are still attempting to unravel details of the case to maintain Weinstein’s professed innocence.

In August 2018, more than 100 emails were released between the alleged victim and Weinstein concerning the 2013 incident. These emails were allegedly withheld from the grand jury. The May indictment reveals that the anonymous victim says she was trapped inside a hotel room. Weinstein detained her at a Doubletree Inn and raped her. However, attorneys for Weinstein state the emails are proof the alleged victim and Weinstein had a “consensual and intimate” relationship, and that the relationship went on after the alleged rape.

The Integrity of the Case 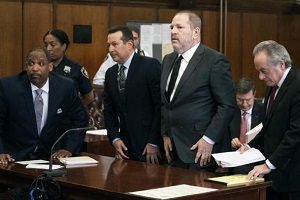 Defense attorney Benjamin Brafman states, “This case is not what it was cracked up to be when it was first announced.” Brafman says that the case is tainted because of the information that was not readily disclosed. DiGaudio’s integrity concerning the case is also questionable.

The NYPD and prosecutors haven’t fully agreed on how Weinstein should be punished since 2015, according to the Times. This confusion came mainly after Manhattan District Attorney Cy Vance chose not to press charges when model Ambra Battilana Guitierrez recorded Weinstein apologizing for groping her. Guitierrez was working with the NYPD and captured Weinstein on tape saying he was sorry for feeling her breasts. Elkan Abramowitz was Weinstein’s lawyer at the time and was one of Vance’s former partners. Abramowitz also contributed to Vance’s DB campaign. One prosecutor who wanted to remain anonymous spoke to the Times and stated this conflict of interest “sowed a deep distrust between the two agencies.”

Despite these factors, over 80 women have accused Weinstein of sexual harassment or assault. Advocates for the victims say police investigators and prosecutors need to put their disagreement aside so the case can be handled fairly. Sonia Ossorio, president of the New York chapter of the National Organization for Women stated, “He can’t get away with it again” during an interview with the Times. 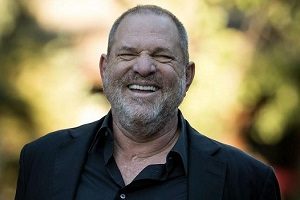 Harvery Weinstein was once a popular film producer in Hollywood. He started Miramax with his brother Bob Weinstein. Miramax produced a number of well-known movies, including The Crying Game, Heavenly Creatures, Pulp Fiction, Shakespeare In Love, Flirting With Disaster,  and Sex, Lies and Videotape. Weinstein won an Oscar for producing Shakespeare In Love, and earned seven Tony Awards for several musicals and plays, such as Billy Elliot the Musical and August: Osage County. When Harvey and Bob left Miramax, they formed the Weinstein Company, their own mini-major film studio. Harvey Weinstein was co-chairman of the Weinstein Company from 2005 to 2017.

In October 2017, a number of sexual abuse allegations were made against Weinstein. At that point, he was dismissed from the Weinstein Group. The Academy of Motion Picture Arts and Sciences also expelled him.

Weinstein’s allegations made the #MeToo movement more popular, which was originally started by Tarana Burke. Because of this movement, a number of other men in positions in power were exposed for sexual assault and harassment. In May 2018, Weinstein was arrested in New York. He was charged with several offenses, including rape, and released once his bail was paid.

Despite his criminal past, Weinstein is also known for being active when it comes to global, health and community issues such as AIDS, poverty, multiple sclerosis research, and juvenile diabetes. He also served as a board member for the Robin Hood Foundation until October 2017. The foundation is a non-profit agency based in New York that helps those affected by poverty. He is also known for being critical for the lack of universal healthcare and gun control in the United States. In addition for being investigated by the NYPD, the LAPD also opened a criminal investigation for alleged rape and police in London are investigating additional allegations against Weinstein for sexual assault.