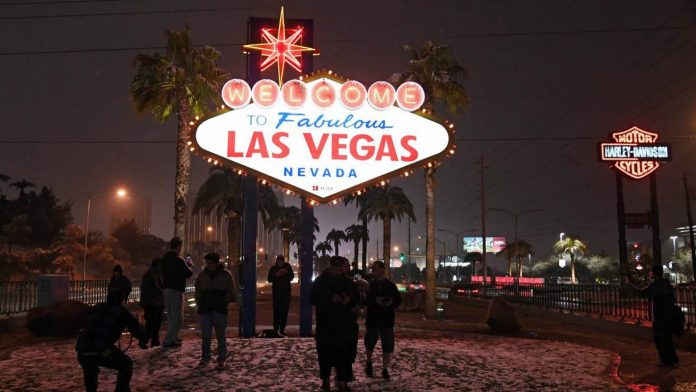 Reports indicate that the gaming industry in Las Vegas is facing a crunch time during the fact quarter of 2019. Data and statistics on the ground are worrying, with all the stakeholders concerned about the ripple effects of a steep decline in revenues. The much-reduced Strip Gross Gaming Revenue (GGR) is likely to impact in significant portions of the industry and the State’s economy as a whole.

The gleam picture painted by the presented report indicates alarming trends in the gaming industry. The report suggests that the Casinos within Las Vegas have faced some hard times during the first four months of this year.

The data released recently by the regulatory body- Nevada Gaming Control Board displayed a sharp decline in revenues. The report shows that the once-booming and thriving GGR on the Strip as of April 2019 declined by 3.5%, recording a paltry low of $481.8 million. Such low numbers on the ground reflect on the player’s winnings to the enthusiastic gamblers within the State. The Casino wins during the first quarter of the year compared to last year was down by 1.8 percent. The total revenue collected in the previous year during the same period was $936.5 million. The report indicates that the gaming industry has started on a wrong footing this year in Las Vegas. 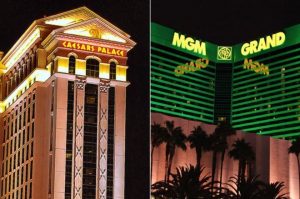 Las Vegas has been a beacon of good hope in the gaming cycles. The revenues collected from the industry have spurred growth, resulting in a booming economy in the state. Although the reports paint a gleaming picture in the state of affairs within the gambling industry. The industry supports a large part of the economy, employing tens of thousands. Any indication of a decline in revenue collection serves as a red alert. The concerned stakeholders should come up with mitigation measures to avert further decline.

Although gambling as a vice has received criticism and opposition from certain quarters, there are regulatory measures to keep things in check. Las Vegas, in particular, has laws governing the industry, creating a favorable environment for all stakeholders in gaming. The gaming firms have put in measures to promote a safe environment, inclusive of consumer education. The revenue collected from the industry sponsors the rehabilitation of addicted gamblers.

The primary concern is establishing the reason for the decline. Reduced winnings by the players, in the end, reflect on the revenue collected from the gambling industry. As much as the industry might be facing hurdles, measures should be put to prevent a further slump. Reduced revenue will reflect in low economic growth in a state that, in part, is reliant to the gaming industry.

Reasons for the slump in revenues

Critics, naysayers, and haters came out in equal measure to voice their concerns and give out the reasons for the decline in revenue. The significant reasons flaunted by some quarters gave parking and resort fees as the reason for the low revenues in Las Vegas. There is no evidence to substantiate such claims, and statistics and data prove otherwise. Many downtown resorts in many States charge parking and resort fees, and have not shown any signs of decline. Reports indicate that wins in North Las Vegas were up by 5%, while a 0.7% decline reported in the Boulder Strip. Such mixed results in the wins suggest that the causative factor in the decrease in revenue is something different.

An interesting variable and probable reason for the decline is in the type of games offered on the Strip and not found anywhere else. One of the most notable games is the highly volatile game of baccarat. The game is popular mainly among the Asian population, especially in Macau, a Chinese enclave in the state.

In the Boards March report, 22 locations in the state with a total of 319 Baccarat tables returned winnings worth $51.3 million. The figure represented a 56% decline compared to the same period in 2018. The volume of play had slumped 42.1%, recording a paltry $484.3 million. The projections indicated at 10.9%-win percentage, below the usual rates of between 12-13%. The stats suggest that the gamers were incredibly lucky playing against the house. During the same period last year, there was a decline in wins, but the numbers were at a reasonable 13%.

In the exclusion of Baccarat, the State’s winning percentage would have peaked at 6.9%. This fact was brought forth by the Control Board Administrative Division senior market analyst, Michael Lawton. Stats indicate that other games shoed a remarkable increase in wins. A good example is Roulette, which recorded a rise of 43.5%, the second-highest in history.

Baccarat remains to be the single most contributors to the decline in the state gaming revenue. All other factors notwithstanding, Baccarat continues to result in low wins for the players. As much as baccarat continued to show a decline in wins and wagered amounts, it is still a game of interest to many people. Stakeholders are likely to take measures to arrest the fall that the game has received in recent months.
Baccarat’s slump is reflected in the entire gaming industry in Las Vegas. Up and until mitigation measures are set up, it is highly likely that the drop in revenue will continue. Although the future for the game might seem blink, the interested parties are watching on what measures will be undertaken to revive the game. The popularity of the game notwithstanding, current trends in revenue and wins from baccarat are worrying stakeholders. The game has received lots of interest from various quarters, all painting it negatively. Slumping wins and revenues reflect poorly on the game’s prospects.

There are other sectors of the gaming industry that also played a part in the sharp decline in revenues for the summer revenues so far this year. Although collectively, the impact of casino gaming is the most significant culprit in the slump in revenues.

The Board’s report also indicated that sports betting also recorded a decline in March of this year. Sports betting took in $32.5 million, a 4.8% dip, although the bets placed to reach $596.8 million. The wagered amount represented one of the highest ever recorded in a single month. The gamers staked a large portion of the wagered amount on Basketball teams.
Sport betting is amongst the largest contributor to the collected gaming revenues in the state. The gaming option has a broad market base, especially with the available online platform. The use of the platform continues to spread gradually within Las Vegas.

All the stakeholders are carefully watching the happenings surrounding the gaming industry in Las Vegas. Although the first-quarter report indicates a decline in revenue and wins, the industry is likely to recover within the second quarter. Possible measures will be undertaken to prevent a further slump in revenues and promote wins.

The Las Vegas Summer revenues so far this year have been unconvincing and heartbreaking for everyone concerned. The expectations are that the industry is likely to recover and record increased revenue. The Las Vegas gambling scene has for years been a thriving hub for many gamers. The projections are that the State will continue to be a force to reckon with in the gaming industry.