The state of Indiana took another giant step toward new gambling legislation earlier this month. Legislators in the House overwhelmingly passed a bill to legalize sports betting. The bill would also allow for casino moves and expansions. If the Senate approves the bill, the revenue could amount to hundreds of millions of dollars a year. 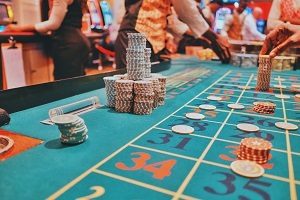 The Hoosier State had a ban on all gambling for more than 100 years. In the late 1980s, it approved a lottery. Interestingly, legislators who opposed gambling at the time said a lottery would be dangerous. They said the lottery would lead to a bid to open the state for casino gambling. The governor said casino gambling had no traction. However, not a month went by after the passage of the lottery bill that the mayor of Gary, Ind., lobbied for a casino in his city. Gary was once a center for manufacturing but has suffered from economic depression and a massive loss of jobs. The legislature agreed to let the city have a referendum, and the city voted in favor of a casino.

The state legislature agreed to allow up to 10 additional casinos, but only in certain areas. It allowed five casinos (including two in Gary) along Lake Michigan and five along the Ohio River. It also approved one casino near French Lick on Patoka Lake. There is also a Native American casino in South Bend. The casinos pulled in $935 million in 2018.

The Push for Sports Gambling

Senate Bill 552 encompasses many different changes to the current law. First, the bill would legalize sportsbooks in Indiana. The bill would allow casinos and racinos to have sportsbooks. However, the bill does not allow mobile gaming, which has been a bone of contention for many. There are members of both the House and the Senate who want more. They would like mobile sportsbooks to be a part of the bill. They would set the tax rate for sports gambling at 9.5 percent. This rate is higher than some states that have sportsbooks. However, it’s lower than others.

In addition, the bill would allow for an expansion of the casino in Gary. The casino would also move to a location closer to the interstate. Gaming companies believe this would help the casino’s profit margin. The state will allow the casino to have 1,000 more slots or video gaming terminals than it has now. Also, the bill allows the City of Terre Haute to build a casino.

Many lawmakers feel this is the right time to pass new gambling legislation. Legislators feel this is the best bill for gambling the legislature has had in more than 20 years. If the bill makes it through the General Assembly, the governor will need to sign it into law.