MGM Resorts International has officially filed a federal lawsuit against the victims of the Las Vegas massacre that took place in October of 2017. This comes as a shock to many. The corporation has done this as a way to make it clear that it is not financially responsible for the shooting. Over 1,000 victims were included in the lawsuit.

The tragedy took place on the evening of October 1, during a country music festival that took place on the Las Vegas strip. The shooter fired from a window in the Mandalay Bay Resort and Casino (owned by MGM Resorts), killing 58 people and injuring over 400 others. Overall, there were 800 victims in the shooting. Authorities are still not sure what the motive of the shooter was. He was a successful real estate investor who frequented Las Vegas to gamble.

Due to this terrible event, casinos in Las Vegas were forced to evaluate its security regulations. One security expert event labeled Vegas a “soft target” and expressed shock that an incident like this hadn’t occurred before. Even though casinos have a carefree feel to them, the establishments are some of the most heavily monitored retail locations in the country. It is not far-fetched to think that a casino as popular as Mandalay Bay would have likely spent a few million dollars on security measures. The building has about 3,000 cameras installed in various areas. On the floor where the casino is located, there is an eye-in-the-sky that is programmed on tables and focused on detecting even the most subtle actions that could indicate unfair play. So, while cameras and surveillance equipment is definitely in effect at the casino, these devices are mostly programmed to monitor the house’s money.

The lawsuit claims that all suits made against MGM about the shooting have to be dismissed. MGM says that the suits should be done away with because the corporation is not liable to the shooting victims, according to the Las Vegas Review-Journal. The publication asserts that the suit could be legitimate due to a federal act put in place in 2002. The act provides liability protection to businesses that use “anti-terrorism” services and technology that can respond to or prevent violence against the masses. Due to Mandalay Bay’s heavy surveillance, this means that the company is not responsible for compensating those who were affected by the shooting. Contemporary Services Corp. is the company MGM hired to provide surveillance, and it is protected as well. Surveillance from Contemporary Services Corp was Department of Homeland Security-certified and was approved to protect and respond to acts meant to cause mass destruction or injury. MGM’s lawsuit states that since MGM contracted Contemporary Services Corp. for the country music festival, MGM is entitled to the same protections as Contemporary Service Corp.

MGM is not seeking damages against the victims of the massacre; instead, the corporation is only asking a judge to consider whether MGM is protected under the 2002 law so that further civil litigation will cease concerning the shooting.

MGM spokesperson Debra DeShong stated during an interview with the Review-Journal that the filing from MGM would provide a “timely” resolution for those who were directly affected by the massacre. DeShong shares that it’s not best for victims to undergo years of hearings and litigation since this can slow the healing process and cause more stress for people who have already suffered significant loss.

Why Exactly Did MGM File?

MGM decided to file the lawsuit after over 450 shooting victims and their relatives filed against several businesses and entities, including the estate that belonged to the killer and MGM. The filings started last November, and the lawsuit claimed that MGM was negligent concerning the incident for the following reasons:

MGM did not correctly monitor Mandalay Bay, including keeping track of who was coming in and leaving the premises.

MGM did not respond in the right manner to the killer, who shot at a security guard who worked for the casino.

MGM did not take proper precautions against a potential murder who was stockpiling ammunition and weapons on their property. The murderer was an MGM VIP member and was permitted to use the facility’s service elevator.

MGM did not adequately train its employees in recognizing suspicious behavior.

Robert Eglet, a lawyer in Las Vegas representing a number of the victims, was critical of MGM’s decision to file a lawsuit in federal court. Eglet stated that the action was a clear display of “judge shopping” and was on the verge of being unethical. He also shares that the suit is outrageous and he is sad to know that the corporation would use this method as a form of resolution.

Although there was surveillance at the hotel in several places, how was it that the killer was able to get 23 rifles into his hotel room, which was located on the 32nd floor? The weapons the murderer had included an AR-10 and an AK47. It is believed that the killer was especially cunning and that his plan was well thought out and not a random act. This is one of the main reasons that people are still trying to figure out the motive behind the massacre. The murderer checked into his room three days before the shooting and brought his weapons in little by little by hiding them in his luggage.

American Gaming Association security adviser Ed Davis told the New York Times that casinos are open and welcoming for the most part, which is why it’s “almost impossible” to conduct detailed searches like the ones that are performed at the airport. Steven Baker, a casino security expert, also shared with Reuters that the screening logistics for all the luggage carried by the 42 million people who visit Vegas on a yearly basis were “insurmountable.”

This tragedy could also have severe implications for the economy of Las Vegas. After all, many of the people who visit the city want a take a break from their everyday lives. They visit the city to gamble, drink, and party, and want to be able to do so in a safe environment.

Wynn Has Questions As Well 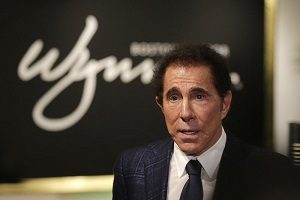 During an interview with KTNV Radio the year before the massacre, Steve Wynn said that Vegas was a “target city” for a shooting. He also nearly criticized the security at MGM after the shooting, and questioned why the murderer was permitted to stay in his room for three entire days before the shooting with a sign on his room door that read “do not disturb.”

Wynn shares that this type of behavior would have been considered among the staff at his resort. These types of actions can clearly have an effect on the well-being of all the guests at a facility. Wynn also stated that his company had implemented new security measured in the year before the shooting. Wynn resorts use security devices that are not easily detected at each entrance and up to 40 armed guards dressed in everyday clothing positioned at all casino entry points.

The Massacre in Manilla

New concerns in casino security don’t only affect Las Vegas. As a result of this tragedy, casinos from all over the world could face similar threats. In June, a deranged gambler who was armed went into Resorts World Manilla, located in the Philippines. He set gaming tables and slot machine chairs on fire after pouring gasoline on them. This resulted in 37 deaths and 70 injuries; both tourists and employees were affected.

This incident is yet another example that more security measures should be taken everywhere and that security firms should focus more on keeping patrons safe instead of merely making risk management a priority. As 2018 progresses, casinos in Vegas and other parts of the world are actively finding effective ways to ensure that all patrons are safe.