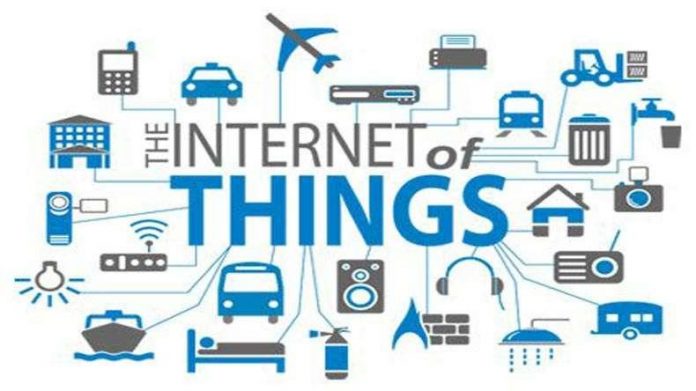 You may be asking yourself, what in the world is the “Internet of Things (IoT)?” You’d be right in thinking that it sounds extremely odd to say out loud or read on the page, but the IoT is actually an extremely useful piece of technology that is at work in almost every household around the globe right now. This unsung hero of the tech world doesn’t get enough credit. That’s why this article is being written. It will give you an insight into what exactly the IoT is and just exactly how it benefits us in our daily life.

Alright, So What Is It? 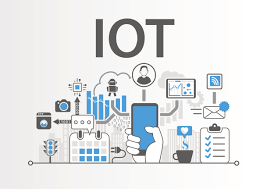 The big question remains: What exactly is the Internet of Things? While not being very easy to explain in terms that anyone can understand, the IoT can be summarized very easily. Generally, the IoT is what connects appliances and devices to one another on a colossal network that allows them to communicate with each other and share data. An example in nature would be a beehive.

The IoT is essentially one huge network that connects almost everything so devices can share data and run more efficiently. This sharing of data is then analyzed by other devices on the same network so it can then inform how another device acts in a certain situation based on the information from the first device’s actions. This greatly improves the efficiency of devices all over the world because they are all learning, communicating, and acting based on the actions that they all share. 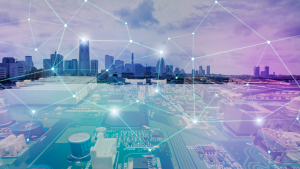 A very natural response that you may have upon finding out about the IoT is why is it necessary? Just because all devices can be connected to the Internet doesn’t necessarily mean that they should be. And, while you may have a point, the benefits of the IoT are consistent and very easily noticed.

For example, smart sensors have started to be installed across the world in factories that produce large amounts of products. These sensors will scan products and make sure the assembly line is running efficiently. Because these sensors are connected to the IoT, they can communicate and share data with each other and analyze similar data from other sensors all around the world.

This makes everyone’s assembly lines run a lot smoother and more efficiently, thus saving a company money and helping the environment in the process. It cuts down on the amount of product that is wasted and the carbon emissions that have been produced while making it. It’s a win-win for absolutely everyone. We get more reliable and efficiently produced products, factories and companies can save a great deal of money in the long run, and the environment is less polluted. 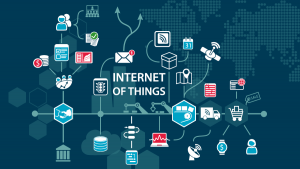 Despite all the good that can come from the Internet of Things, it should be mentioned now that this technology is still very much in its infancy stage. It was first officially named in 1999, and the IoT has only really gained any sort of prominence in the last few years. It was first properly integrated as the technology we now know back in 2013 when it first started to connect other devices together on a wide scale.

While the IoT can help to create a more connected world via its ingenious use of technology and the Internet, there are still some significant issues with the technology that stops the IoT from being rolled out everywhere in the world right now. One important issue that needs to be addressed derives from the severe security issues with the IoT. Of course, when you have a shared network of billions upon billions of devices from all over the world all connected together, it can be assumed that there is a colossal amount of data that most people would prefer to be private.

Ensuring security for every single device in the world is just not feasible at the moment. There would be an insane amount of data to protect from quite intricate methods of hacking. A recent incident involved the company Vtech. Its IoT was hacked, and that caused many videos and pictures of children to be released for the whole world to see. As a result, many people questioned the legitimacy and point of being connected to the IoT. It also showed the world that the IoT is not ready to handle everyone’s devices at once.

This means no matter where you are the world, there is a very real possibility that you will be monitored.

This, of course, will sound alarm bells for many of you, and rightly so. Data privacy is a very serious matter. However, if technology carries on as it is, within a few years, we should be able to use the IoT while being completely free of worry that our data are going to be mined and monitored by the wrong people. But, until that day, remain extremely wary of the IoT in its current stages.

A More Reliable System Is Required

Because there are billions of devices around the world and may vary in their methods of communication and analyzing data, the IoT is somewhat unnecessary. Not all devices can communicate to each other because of the millions of different ways in which data are being processed and analyzed by the various kinds of devices and appliances.

To counter this, there must be a more reliable system put in place that will set a standard for all devices, and ensure that all devices can communicate on the same frequency as each other to make data sharing that much easier and much more reliable. This will greatly improve the efficiency of all devices connected to the IoT from all over the globe and make life a lot easier for everyone in the process.

The Bold and Bright Future of the IoT

After reading this article, you may be a lot more skeptical of this new wave of technology. Therefore, let me discuss all the things that the IoT could do for our connected world. Our future is going to be an extremely connected one. It already is when you think about it. People are usually only a few taps away.

We can communicate globally with the touch of a button and can see and travel the world for a fraction of the price that it once was. So, with the IoT, life is going to consistently become more and more connected. Smart homes will likely become a lot more common and smart devices will be present in most houses. This will make life for everyone, globally, a lot easier in the long run. Work and general daily tasks will be much more efficient with our much more intelligent devices and appliances.