Paddy Power Betfair, one of the oldest sportsbooks in the UK, was fined $2.8 million by the UK’s gambling commission. The fine was because they didn’t protect customers from themselves, and stop stolen money from being used to gamble with. This is one of the largest fines given and it ushers in a period of tighter regulation in the UK.

Paddy Power began in Ireland in 1988; however, elements of the company were around much earlier. Paddy Power started as a sportsbook. The company has expanded from its original base in Ireland throughout Europe. Recently, Paddy Power combined with Betfair, the largest online sportsbook. Paddy Power Betfair has also acquired a majority stake in FanDuel, which is an American fantasy sports company. This move was seen as advantageous for Paddy Power because it allowed them eventual entry into the growing sportsbook market in the United States. Sports betting was legalized by some states after a Supreme Court ruling. The ruling was that states had the right to decide for themselves whether or not to legalize sports betting. The market in the United States for sports betting is expected to increase threefold by 2020.

The Problems with Paddy Power 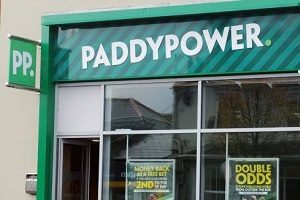 Under UK law, companies who are involved with gambling must be ready to intervene when they suspect a gambling problem. In addition, they can suspend and investigate customers they suspect are using illegal money.

In 2016, the UK Gambling Commission found Paddy Power Betfair did not protect a charity from a $1.15 million loss. The former boss of the Birmingham Dogs Home gambled away over a million dollars of the charity’s donations during his four-year tenure. The Birmingham Dogs Home a charity that rehomes dogs in the north of England. The executive spent all of the money he stole at Paddy Power. He was jailed in December of 2017 for five years. Another customer of Paddy Power Betfair stole over $500,000 from the business he managed.

The company was also fined for failing to conduct adequate security and sources of wealth checks on its high-rolling clients. These security checks are required by law. Three customers gambled with large sums of money despite not being able to prove the source of the income. The commission stated that Paddy Power has a duty to get to know their online customers. They must also know the customers that frequent their betting shops throughout the country. The company, according to the commission, has to abide by the social responsibility rules of the country. The company must act in the customer’s interest and offer help if a gambling problem is evident.

The $2.8 million fine will be given to specific causes and businesses. Approximately $2.1 million will be given to Gamble Aware. Gamble Aware works to reduce harmful effects of problem gaming in the UK. The company also has to return all of the money taken from the Birmingham Dogs Home. Moreover, the company must pay the costs of the commission’s investigation.