Soccer or football, whatever the moniker fans of both sport are hot on the heels of some of the two most exciting teams in both the British and American leagues. The National Football League (NFL) brings in roughly $10 billion in revenue each year from viewers and live sporting events during the regular season all the way up to the coveted Super Bowl Championship game. The English Football League (EFL) splitting from the Premiere League in 1992, offers stellar performances to eager fans of 72 clubs from England and Wales.

USA Online Casino wants to share some noteworthy information about two popular teams from both leagues, and why they should be followed closely as the season progresses. We of course are referring to the Pittsburgh Steelers of the NFL and the EFL’s own Leeds United. Sit back as USA Online Casino points out the reasons to follow each team from the regular seasons all the way up to their attempts to reach the finals.

For starters, let’s look at the main differences between the two sports. U.S. fans call football “soccer”, and American football, particularly the NFL, is the predominant league viewed in terms of ratings on Monday night television. Both sports use 11 players on the field/pitch with the key difference being whether you play with your hands or your feet. American football rules require that the ball be carried or thrown (sometimes kicked) across a field within four downs of four 12-minute quarters. The sport has more in common with rugby than it does standard football.

On the other hand, if you’re sitting at a pub in the U.K., the two leagues you’d find on the telly are the Premiere and English Football Leagues. You’d be sure to rub shoulders with the locals for a game of, you guessed it, football. Confused yet? Well, it’s all quite simply really. Association football incorporates the same amount of players, and players move across a pitch using their feet in an attempt to score goals within a 90 minute window split into two halves. 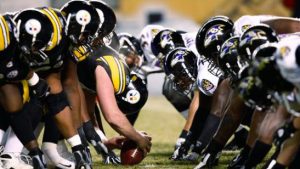 Now that you get the gist of it, let’s take a look at one of the NFL’s most notorious teams, the Pittsburgh Steelers. The Steelers are a part of the American Football Conference (AFC), one half of two major conferences that comprise the NFL. Founded in 1933, they are the oldest team in the AFC, and over the course their long history they lead the NFL with the most Super Bowl wins in history. The last two championship wins took place in 2005 and 2008, and die-hard Steelers fans are eagerly awaiting the next one as they currently lead their division in the 2017 regular season.

Who do fans have to thank for the team’s stellar performance? For starters, their star running back Le’Veon Bell has been a crucial part of their offensive line. Though not putting up record receiving totals like his teammate and wide receiver Antonio Brown, Bell is a versatile player who makes it count during clutch plays. His rushing yards have been impressive as well; and he even managed to become the first running back to record 10 receptions in this year’s season. 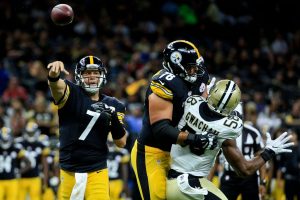 The other half of the dynamic duo of course is the aforementioned Antonio Brown. The team’s star wide receiver manages to put up staggering numbers. For instance, in a recent game he managed 169 yards catching with two touchdowns against the rival Green Bay Packers.

The most important playmaker, however, is seasoned quarterback “Big” Ben Roethlisberger. His dominating size on the field and masterful throws allow for a tremendous capacity to read the field and team up with his offensive line and make huge plays. The only downside is that Roethlisberger has been prone to injury in recent seasons. However, when healthy, Roethlisberger is the main component in determining wins for the Steelers. He led the league last year in deep-pass touchdowns, a whopping 13 in total. No small feat by any stretch of imagination.

The glue that holds it all together is the Steeler’s offensive line. They were ranked second best in the league last year in run blocking and fourth in pass protection. The line roster from left to right tackle, along with the guards, were ranked third best in the league at the start of 2017. The team’s quarterback can’t make any touchdown plays without the protection from the offensive line. As long as injuries don’t plague the Steelers’ line-up, Pittsburgh fans have a lot to look forward to as the season progresses, bringing once again into the playoffs.

Leeds United F.C. (the secret weapon in the North) 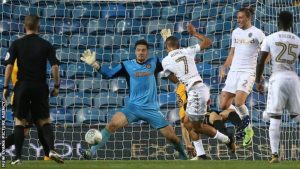 Based in the northern city of Leeds, England, the Leeds United Football Club, formed in 1919, has been a formidable part of the EFL Championship, the second tier division of English footballSecond only in name, however, because Leeds United has sported top class performers since the 60s; having won three First Division league titles, one FA Cup and one League Cup. However, disappointment came when Leeds failed to qualify for the UEFA Champions League back in 2001. “The whites”, as Leeds players are known, also have rivalries with Premiere League teams Manchester United and Chelsea. 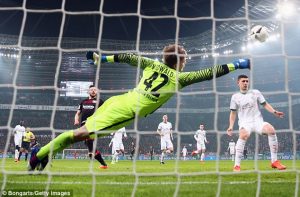 So what are L.U.’s chances for winning this year? Despite Monk’s success, new management under Dane Thomas Christiansen was recently introduced, and fans are eagerly looking forward to this year’s chances. Christiansen, a former ball-player himself, has the chops and football know-how to take Leeds United into exciting new territory. Before the switch to Leeds, Christiansen won the Cyprus First Division with APOEL last season, and even guided his former club to the final 16 clubs of the Europa League.

What really puts it all together though is the talent. Despite having fantastic defense on the pitch, Leeds United’s dizzying power comes from its strikers, fan favorites Pierre-Michel Lasogga and frontman Kemar Roofe. The start of the season has been going considerably well thanks to the duo; and with the support of their teammates, big crowds won’t want to miss a chance to chant at their home games. Especially, during the heated North-South rivalry against Millwall F.C.

Year 2017 will mark the club’s 8th consecutive season in the Championship, and fans will be happy to hear the club will also be competing in this year’s FA Cup and EFL Cups respectively. Only time will tell if they can pull it off, but without any major setbacks (like the daunting financial troubles of the past) Leeds United F.C. has strong chances to continue going all the way this year.