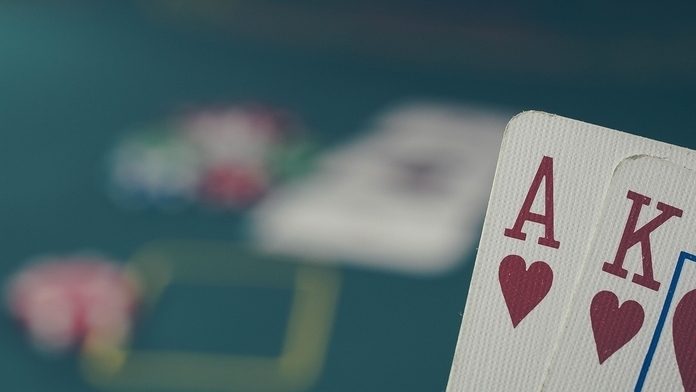 Baccarat is an incredibly popular game, primarily because it is very simple to understand and play. Since the player is limited in the number of decisions he or she needs to make, there are no overly complex rules to understand and no complex strategies to learn. This means that punters can simply enjoy the fun of playing without any additional worries or stress. Baccarat is played in several different forms all over the world. Punto Banco is a version that is found in Macau, the United Kingdom, Australia, Canada, and the United States. There are three kinds of baccarat games – big baccarat, midi-baccarat and mini-baccarat, however mini-baccarat is one of the most common versions and can be found in both brick-and-mortar and online casinos.

The Basics of Mini-Baccarat 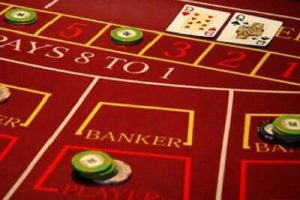 The point of the game of baccarat is to wager on which hand you believe will have the highest value. It couldn’t be simpler!
First, the dealer deals out two sets of two cards, with one set for the banker and one for the player. Each set of cards is added together and then the side that has the largest total wins the hand. When adding the cards, the total must always remain a single digit. So, if, for example, the cards are a 7 and an 8, this would normally equal 15. However, because only a single-digit number can be a valid total, the place value for the tens is customarily dropped. This means the 1 of the number 15 is dropped, leaving a 5 as the final total. Because of the single-digit rule, all cards with a value of 10 equal zero, and aces are equal to 1. The rule is also applied to every place value. So, if, for example, you draw a 5 and two 10s, the total will be 25 before dropping the 10s place value. However, once it has been dropped, the remaining total will be 5.

Another of the mini-baccarat rules is the three-card rule. Dealers must memorize the casino’s chart, which is a basic guide to when a third card must be drawn. Usually, the chart will be as follows:

What Is the Tie? 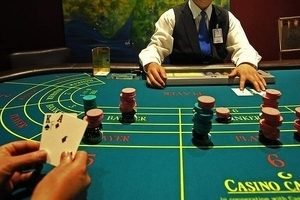 A tie is a third bet that only wins should the banker and player’s final totals be identical. If they are not, a tie bet will lose. Players can either make a tie bet alone, or as well as a banker/player bet. Should the hand be a tie, the Player and Banker bets don’t lose. Instead the bets push. If a tie wins, usually, it will pay either 9 for 1 or 8 to 1. Although these are two different terms, they mean the same thing. An 8 to 1 bet gives you eight times the original bet, whereas if a bet pays at 9 for 1, the casino gives the player nine units in exchange for one unit. 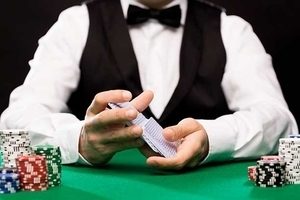 If the player wins the hand, the bet pays out at 1:1. If the banker wins, however, the bet is paid at 1:1 but a commission of 5 percent is subtracted. Although it seems complex to work out the 5 percent commission and what that means for your bankroll, there is a relatively easy calculation that you can use. Simply work out 10 percent of your bet and then divide that number by two.

What Is the Dragon Bet?

There is one further bet that you could encounter when playing mini-baccarat. This is the Dragon Bet, which is an extra bet that can be played by the players whenever they like. Players can bet for both of either the player’s and the banker’s hand whether the player has chosen to bet on that hand.

Is There A Mini-Baccarat Strategy?

Although some casino games do have a strategy that can be put in place, when it comes to mini-baccarat, a strategy is not possible. Apart from steering away from placing tie bets, there is little a player can do to change the outcome of the cards. However, although it is impossible to improve your odds when playing baccarat, the good news is that the house edge on both the banker’s and player’s bets is low. This makes the game quite a lot more favorable for punters than many other games, such as keno and slots.
While there is no clear strategy when playing mini-baccarat, players who avoid betting on a tie stand reasonable odds of winning, and since the game is very enjoyable and simple to understand, it is one of the best choices in any casino.