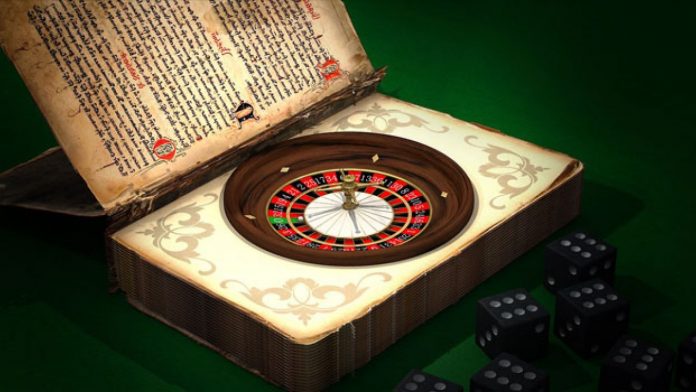 There’s an endless amount of useful content on the internet these days, but there will always be people who prefer to lose their minds in the physical pages of an exciting novel or book. Reading in itself is like food for the soul and a great source of inspiration when we’re trying to learn about something new.

There are hundreds of different gambling books out there that talk about everything from addiction to winning success stories to mastering the art of casino games, but none are quite as insightful and fun to read as these seven below. 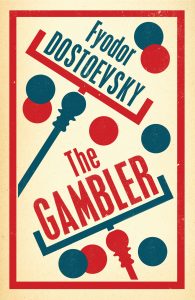 The Gambler is one of the most well-known books in gambling history. Written by Fyodor Dostoevsky, the story depicts a young tutor called Alexei, who works under the command of a wealthy Russian general. The general is hopelessly addicted to gambling and spends his time hassling his grandmother to visit the household to pay off his debts. Meanwhile, Alexei falls in love with the general’s young niece, who cajoles him into placing bets for her at the local casino.

His naivety and underlying love for the girl eventually pushes him into a downward spiral of loss and out-of-control gambling. The Gambler remains one of the best-selling books of all time, but Dostoyevsky was said to have been up against deadlines and only wrote it purely to pay off his own gambling debts. At least something good came out of his addiction!

Fear and Loathing in Las Vegas 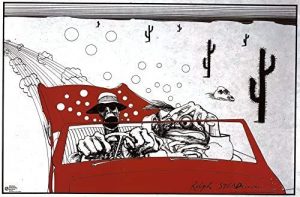 Hunter S. Thompson illustrates the raw emotions behind what pushes gamblers to the edge in his book, Fear and Loathing in Las Vegas. The story revolves around Raoul Duke and Dr. Gonzo (his attorney), who head to Las Vegas to pursue the American Dream. They embark on their journey in a shiny red convertible with a massive suitcase of drugs in the trunk. Once they make it to their hotel, they are already in a full-blown acid trip and spend the rest of the evening contemplating life, taking copious amounts of substances, and stumbling in and out of casinos.

Eventually, the high gets too much for Dr. Gonzo, who takes off and leaves Duke to fend for himself in Sin City. Later, he is convinced to return to Vegas and continue the inebriated escapade of 60s counterculture and debauchery. If you aren’t so much of a bookworm, Fear and Loathing’s movie adaptation is equally compelling. It stars Johnny Depp as “Duke” and Benicio Del Toro as “Gonzo”, who execute the characters and their insolent quirks perfectly.

Bringing Down the House

Bringing Down the House is as close to real-life Ocean’s Eleven as you can get. The book revolves around a MIT student (Massachusetts Institute of Technology) named Kevin Lewis, who convinces a group of fellow classmates to learn the art of card counting. The team naturally gets good and heads to Las Vegas in an attempt to pull off a multimillion-dollar blackjack heist.

Even though it’s the author’s first non-fiction book, it paints a highly accurate picture of the scams and strategies used to cheat modern-day casinos. Card counting is not considered illegal in gambling, but it’s still frowned upon and most casino operators will chuck you out if you get caught doing it. It certainly doesn’t hurt to know how though, and if you’re mathematically inclined — this book is a must-read. 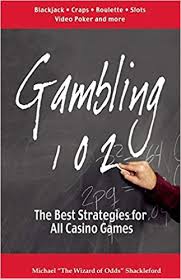 There are plenty of different books that touch on gambling basics, but none quite hit the nail on the head as much as guru Michael Shackleford’s Gambling 102. His book delves deep into the mathematical strategies and mindset needed to play gambling games and win practically every time. There are 19 chapters covering 19 casino games, each giving readers advice for playing different poker variations, what numbers and colors are most likely to hit in roulette, and the most favorable bets to place in games like baccarat and craps.

All of his theories are backed up by his own proven experience, knowledge, and cemented reputation as “the Wizard of Odds.” If you’re looking for the best way to increase your odds and winning streaks, this is undoubtedly one for the collection.

The Professor, the Banker, and the Suicide King 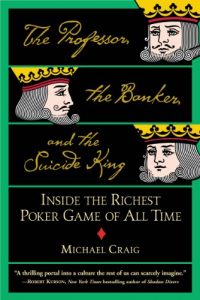 Written by Michael Craig, The Professor, the Banker, and the Suicide King dates back to 2001, when some of the world’s best poker players took a seat at the tables in the Bellagio, Las Vegas. Among the crew were high profile names like Todd Brunson, Chip Reese, Phil Ivey, Jennifer Harman, and — new kid on the block at the time — Andrew Beal, who all took part in one of the richest and longest poker matches ever played.

The game lasted for months and saw each contestant buy-in for between $10,000-$20,000 per round. At the game’s peak and when the contestants were beginning to lose their wit, the prize money on the table was around $20 million. This book excavates the palm-sweating psyche of each player and follows the intense journey of the game in its most accurate account. 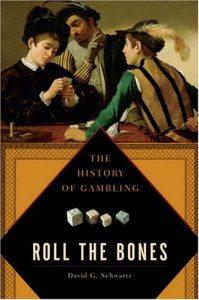 Roll the Bones was written by historian and avid gambler, David G. Schwartz. The book unravels the fascinating timeline of events that began with humans rolling knuckle bones in games of chance during the prehistoric period. It then progresses through to the height of Roman and Greek civilizations, followed by the Middle Ages when playing cards were first introduced in China.

The book also runs through the birth of the first casino games in Venice’s gambling dens, and how gambling has financed and helped American colonies prosper. Schwartz describes how Las Vegas came to be the world’s gambling playground and how tycoons like Steve Wynn helped create one of the largest revenue-making industries in the world.

Finally, Bob Dancer might not be the best novelist on our list, but if you’re looking for a way to sharpen your video poker skills and get a dose of raunchy romance at the same time, this is a book worth picking up. Sex, Lies and Video Poker relates to the casinos in Vegas. It talks about Dancer’s own knowledge of playing the game and his experiences with places, people, and the massive sums of money he’s won from playing video poker in the Golden Nugget.