FOX is a network known for its top-rated shows. Some shows, however, aren’t well-received by their audiences. Each season, the new programs make it a challenge to select the best ones on the network.

The network airs action, comedy, animated shows, reality shows, and dramas. It wants to make sure there is something for everyone to watch and enjoy. Actor and animator Seth MacFarlane brought the “Family Guy” and “The Orville” to the network. Other animated series you can enjoy on FOX include “The Simpsons” and “Bob’s Burgers.”

Here are some of the best and worst shows on FOX. 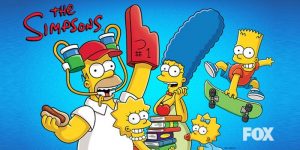 “The Simpsons” has been among the most popular shows on FOX since it premiered in 1989. Cartoonist and writer Matt Groening created this animated sitcom. It’s a satirical depiction of the life of the working class. The Simpson family is the embodiment of that. The show parodies the culture and society of the United States, as well as the human condition.

The Simpsons takes place in the fictional American town of Springfield. Homer Simpson lives with his wife, Marge, and their three children, Bart, Lisa, and Maggie. Some of the supporting characters include Lenny Leonard, Carl Carlson, and Elizabeth Hoover.

In terms of seasons and episodes, this show has become the longest-running scripted series in U.S. television history.

Not many shows can match the achievements of “The Simpsons.” Critics regard its first nine or 10 seasons to be its “Golden Age.” The show has received a variety of awards over the years. Some of the awards it has won include the Peabody, 30 Annie Awards (for animation), and 31 Emmys. Time also named it the best television series of the 20th century. 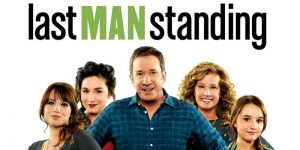 “Last Man Standing” is one of the best shows to watch on FOX, especially if you are a comedy lover.

Tim Allen stars as Michael Baxter, the director for marketing at a Denver-based outdoor sporting goods store called Outdoor Man. He and his wife, Vanessa (Nancy Travis), have three daughters, Kristin, Mandy, and Eve. Some of the other characters include the young men who are either married to or dating Baxter’s daughters. The show closely follows the political developments in the United States, and the family is as divided as the country. Eve and Mandy cannot speak to each other. Mike’s liberal son-in-law, Ryan, is planning to take Kristin and their son, Boyd, out of the country.

The show has seen several actresses portray the daughters over the years. Alexandra Krosney (season 1) and Amanda Fuller (seasons 2 to present) played Kristen, and Molly Ephraim (seasons 1 to 6) and Molly McCook (season 7) played Mandy. Kaitlyn Dever has played Eve since the first season.

Originally, the program ran on ABC for six seasons (2011 to 2017). The show was the second-highest rated sitcom for that network for 2016-17. However, the network was unwilling to cover the production costs and declined to renew the show for a seventh season. FOX decided to pick up the show and gave it a seventh season. 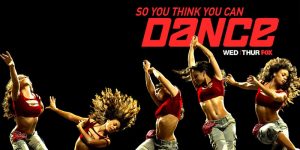 “So You Think You Can Dance” will probably never reach the popularity that “American Idol” has managed to achieve. However, it is still one of the best shows on the network. The dance competition brings together young dancers from around the country and allows them to display their dancing skills. Even those who are not fans of dancing have enjoyed and appreciated the talents of the competitors every week.

Nigel Lythgoe and Simon Fuller are the producers of this show. The show began in 2005 with more than 10 million viewers. However, it grew to become the top-rated show on television that year. Lauren Sánchez hosted the first season while Cat Deeley has hosted it since the second season. Some of the judges have included Mia Michaels, Vanessa Hudgens, Mary Murphy, and Nigel Lythgoe.

Those wishing to compete on the show can attend open auditions held in different cities across the country. The dancers have to progress through additional rounds of auditions. There is only a small group of dancers selected to be finalists. In the competition’s main phase, they can perform solo, duet, or group dances. Millions of viewers can watch the contestants perform a variety of dance styles, including Hip hop, contemporary, and classical. 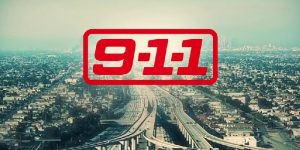 In addition to saving lives, the Los Angeles first responders face a variety of challenges in their personal lives. Bobby struggles with alcoholism and Athena sees her marriage start to disintegrate when she discovers her husband is gay. Despite these challenges, they must balance the pressures of their personal lives with their professional ones.

The show has not been warmly received by the viewing public, however. Many have criticized its casting. Some say the writers have created some unbelievable emergencies, and this has caused the low ratings. 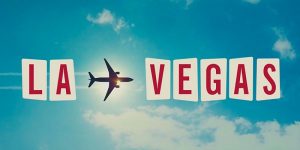 “LA to Vegas” was a comedy about an airline crew and passengers who travel between L.A. and Vegas. They use a fictional budget airline called Jackpot Airlines. All who took these regular Friday-to-Sunday getaway flights between the two cities wanted to come back a winner. One of the main characters was Veronica “Ronnie” Messing, played by Kim Matula. She played an experienced flight attendant who strikes up a romance with Colin McCormack (Ed Weeks). McCormack is a professor at UCLA who recently separated from his wife. He is a regular passenger on the flight because he visits his son every weekend in Las Vegas.

Other characters included Bernard (Nathan Lee Graham) and Captain Dave (Dylan McDermott). Peter Stormare played Artem, a dentist who is also a gambler. Most of the passengers and crew appeared to be struggling with social and economic challenges. Such problems included broken marriages and missed opportunities.

The show failed to impress many viewers. The heavy criticism of the first season forced FOX to stop airing subsequent episodes. 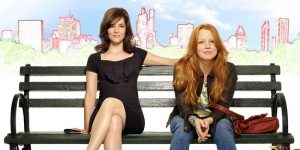 “The Return of Jezebel James” starred Parker Posey (Sarah) and Lauren Ambrose (Coco). On March 14, 2008, the show premiered on FOX.

In addition to Posey and Ambrose, the show starred Ron McLarty as Ronald Tompkins and Michael Arden as Buddy. When Sarah discovers she cannot conceive, she approaches her sister and asks her to be her surrogate. Sarah makes the hard decision to relocate to her free-spirited younger sister’s enormous loft. However, she discovers she has moved to a dismal unfinished bedroom.

So, will this odd couple put their differences aside and learn to live together? That was the question that was lingering in the minds of the viewers. Sarah experience surprises, such as a Hello Kitty cell phone and a visit from their parents.

After only three episodes, however, FOX canceled the show because of unacceptably low ratings. Apple iTunes chose to show the remaining unaired episodes.