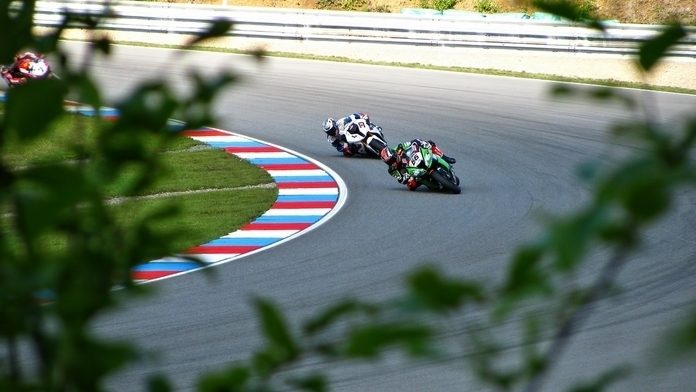 Superbike racing is an exciting niche sport that many people are starting to bet on. While the MotoGP is probably the world’s best-known race involving motorcycles, SuperBike racing involves using modified motorcycles that have harnessed cutting-edge technology to push the boundaries of speed and is best compared to touring-car racing. The official world championship series of this sport is the Superbike World Championship. However, there are championships held around the world, including Canada, Australia, Japan, the United States, and the United Kingdom.

What Is a Superbike? 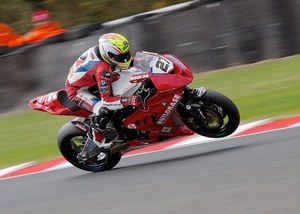 Superbikes employ advanced technology so that they offer optimal cornering, impressive braking, and extreme acceleration. Modern superbikes have been designed purely for speed, with no thought for fuel economy or comfort. Pushing performance boundaries to their limit, superbikes bridge the gap between commercially available motorcycles and MotoGP bikes.

They have adopted many of the classic motorcycle design elements but refined and evolved them to maximize the bike’s performance and speed. Engine power is dramatically increased, frequently to more than 1000 cc, and the frame is made from aluminum alloy for lower body weight. Engines are also rebuilt using light composite materials, then repositioned to improve structural integrity, chassis rigidity, and weight distribution for the best possible cornering, braking, and accelerating. To add extra speed, alterations are made to the design to reduce drag and increase aerodynamics, including the repositioning of the handlebars and controls.

Thicker brake pads are added together with bigger disc brakes made from ceramic matrix, carbon or iron. Multi-adjustable suspension systems are added to allow for adjustments for the riding style and road conditions. Larger tires are added and then, finally, new cutting-edge electronics are added to improve control. The result is a powerful vehicle that is thrilling to ride and just as thrilling to bet on.

The SBK is the premier international championship for superbikes and has been running since 1988. Although it was once seen as a poor relation to the MotoGP, these days it is a professional racing series, with some of the riders being recognized as household names.

The championship is made up of several rounds that are held on permanent racing tracks. Every round is composed of two races, with the results of each being combined to determine the two-yearly World Championships, one for manufacturers and one for riders. Although the main market for the Superbike World Championship is in Europe, rounds have previously been held in many countries, including South Africa, Thailand, Qatar, Russia, Australia, Japan, Canada, New Zealand, Malaysia, and the United States.

There are 13 rounds in the championship, with grid slots being decided during qualifying sessions and Superpole. Racing then takes place on Saturday and Sunday. Points are awarded for finishing in any position from first to 15th, with first place being awarded the maximum 25 points and then reducing to 20 points for second, 16 for third, 13 for fourth, 11 for fifth, 10 for sixth and so forth, down to the 15th position, which is only awarded a single point. The weekend races are separate events, and, therefore, even if a rider doesn’t score in his or her opening race, he or she can still go out and compete again the next day for more points. In the World Superbike Championship, all of the points are counted and the rider who can count the largest amount of points by the end of the year is crowned as the world champion for the next year. In every race, the top rider on every make of motorbike scores points that are then count toward the constructor’s championship, in which the manufacturers fight it out for the top position.

The National Superbike series vary in popularity and challenge, but the most popular are in North America and the United Kingdom. Australia and Japan’s national superbikes series are also well-supported but run only for 10-race seasons.

The racing motorcycles used for Superbike racing are made from modified production models. Some of the current manufacturers for the SBK include:

There are many Superbike racing rings around the world:

There are riders who come from around the globe to compete in the SBK. Traditionally, in the world championships, Australian and American riders have been successful However, the rider who is credited with being the most successful overall throughout the entire history of the championship is Carl Fogarty from the United Kingdom. He has won the championship no less than four times and has amassed 59 race wins in total. 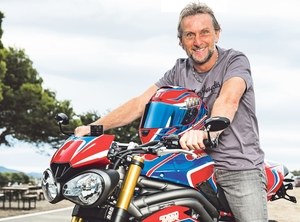 Many successful Superbike riders have also gone on to compete in the MotoGP, with some of the biggest names being Chris Vermeulen, James Toseland, and Colin Edwards. There have also been several MotoGP riders who make the move to Superbikes, including Makoto Tamada, Max Biaggi, Regis Laconi, Troy Bayliss, and Noriyuki Haga.

Most championship winners have been native English speakers. However, there have been some exceptions, most notably from France, Italy, Spain, Austria, and Germany.

The 2017 SBK was the 30th season of the championship and was contested with more than 26 races in 13 different locations. The first race was held Feb. 25 in Australia at the Phillip Island Grand Prix Circuit, and the final race was Nov. 4 at Qatar’s Losail International Circuit. Kawasaki was by far and away the leading team, winning 18 races overall. Jonathan Rea and Tom Sykes of the United Kingdom excelled. Ducati’s racing team also held its own, with the United Kingdom’s Chaz Davies and Italy’s Marco Melandri also doing well. These four were the only riders to win any titles. There were 42 riders overall, representing 13 different countries. For the entire championship, the top three spots were taken by U.K. riders. Overall, the top rider for the season was Jonathan Rea for the Kawasaki Racing Team, who came away with 556 points, followed by Chaz Davies for Ducati with 403 points, and Tom Sykes for the Kawasaki Racing Team with 373 points. In the manufacturer’s championships, Kawasaki took the first position with 599 points, Ducati came second with 520 points, and in third was Yamaha with 308 points.