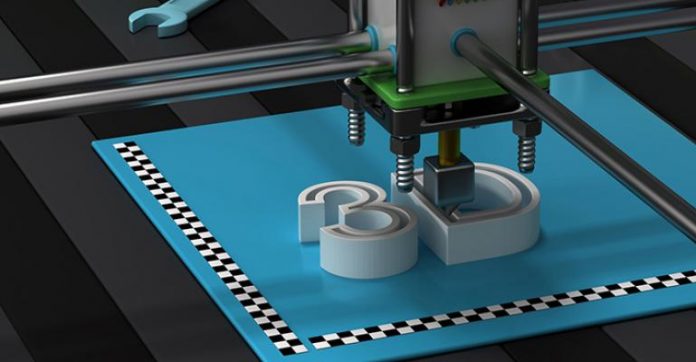 Everyone knows how the office printer works. You send a file from your computer, punch a few buttons, and the printed sheet is created. It is not high-tech. But, 3-D printing is something very different. It involves creating physical, three-dimensional objects by adding multiple layers on top of each other to create a solid object.

This process can create all kinds of useful objects and it is sometimes referred to as additive manufacturing. The possibilities for this cutting-edge technology are mind-boggling. Let’s consider each one for the future.

1984 And Beyond — Possible Future Uses Of 3-D Printing

In the 1940s, when the book “1984” was written by author George Orwell, nobody could have anticipated some of the writer’s predictions might come to fruition. The TV telescreens that observe human behavior seem to have manifested in today’s smartphones and digital assistants, for example. But, as insightful as he was, even Orwell couldn’t have predicted something as astonishing as 3-D printing. 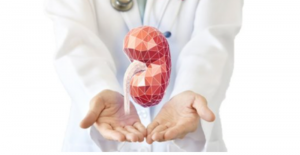 Using cells from a patient’s own body, a 3-D printer has already been utilized to print an organ. This is an important development for patients who are critically ill and need a heart, liver or kidney transplant. Normally, these patients would be placed on a waiting list until a donor is available. But, coming up in the not-too-distant future, 3-D printing may be used to re-create needed organs from a person’s own cells. This would reduce or eliminate the time a patient has to stay on a waiting list for a donor.

Dr. Anthony Atala, of Wake Forest Regenerative Medicine in North Carolina, is at the forefront of this research. Atala has successfully created artificial scaffolds with the use of 3-D printing and shaped them into organs that contain human cells. It’s a complicated process, but, after the scaffold is created with the 3-D printer, a layer of living human cells is placed on top. In the future, the doctor is hoping to build 3-D printers capable of printing the scaffold and cells simultaneously.

At the University of Michigan, Drs. Scott Hollister and Glen Green built a biodegradable splint by using a 3-D printer. The splint was used to treat a patient who would have died without quick thinking and unconventional treatment. The patient was a premature baby who had been born with an underdeveloped windpipe. At dinner with his parents one evening, the child stopped breathing. His weakened windpipe led to the collapse of his bronchus and trachea. Emergency measures had to be deployed immediately.

Surgeons made a hole in the patient’s windpipe, which provided an alternate method of breathing. The procedure did not rectify the problem, though, and the child struggled to breathe. As a last resort and only after receiving emergency FDA clearance, the doctors created a biodegradable splint for his lung using a 3-D printer.

Their work was lifesaving. Green and Hollister used computerized modeling software to match the patient’s windpipe exactly and make the splint, which was made of biodegradable polyester. Amazingly, the patient was taken off the ventilator less than a month later.

Prosthetics Made By 3-D Printers 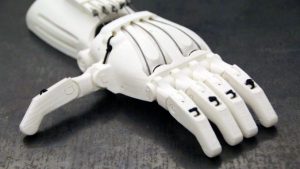 Jamie Miller was born without his left hand. The 10-year-old boy learned to navigate his world without the use of a prosthetic and his activities mirrored those of any child his age. But, his father, Callum, wanted more for his son. His father was delighted when he was contacted by Team UnLimbited, a company that creates robotic arms that can be used as human limbs and does a lot of development and research. What is even more impressive is the researchers, Stephen Davies and Drew Murray, make the research available online for free and use open-sourced 3-D technology to create the limbs.

Miller contacted Team UnLimbited but was disappointed to find out his son would be on a waiting list for about a year and a half. That is when he decided to take matters into his own hands. The determined dad started searching the Internet for a 3-D printer that was affordable and found exactly what he needed on eBay. He gave it to his son as a Christmas gift. After the holiday, they were making their own prosthetic hands with the 3-D printer and are happy it only takes about 12 hours to print one.

The Miller’s story is yet another example of how 3-D printing is used for medical applications. But, the technology is also becoming increasingly useful in other industries.

The technology also has applications in the automotive industry. The Ford Motor Co. has used 3-D printers to create prototypes of parts, such as rotors, vents, cylinder components, and knobs for stick shifts. General Motors has also used 3-D printing for prototyping, which the automaker said saves time compared with traditional prototyping methods.

General Motors used the technology in the design of the decorative panels on the dashboard of the Chevy Malibu and tested them in a wind tunnel. This way, GM was able to adjust the prototype and create an automotive component that is very lightweight and more fuel-efficient. 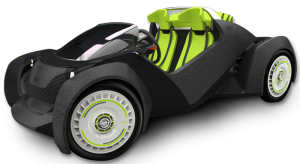 If you think that is amazing, check this out. Polymaker, a Chinese company, is getting ready to mass produce a vehicle created almost entirely through 3-D printing. Polymaker is a startup that develops materials for 3-D printing and, now, executives from the company say they have an electronic vehicle from automotive manufacturer XEV that is almost ready to roll off the assembly lines. The EV only takes three days to manufacture and comes in at a price tag far below most cars today, at $7,500. The majority of the futuristic car is made with 3-D printing except for a few components, such as the glass for the windows and the main chassis.

Imagine this. An astronaut is in space and needs a specific tool. Carrying everything an astronaut may need weighs down the vessel. So, instead, a 3-D printer is used to manufacture spare parts from a prototype at the time they are needed. Sounds crazy, right? Not so fast. NASA already has a portable 3-D printer on the ISS and testing is ongoing right now. If the project gets the green light, a full-size printer will be installed and used to make rocket components on demand. Would you print out a wrench for me, please?

Late last year, NASA successfully tested a rocket part made with a 3-D printer that will drastically reduce engine costs. The rocket engine, which contained a large component that was 3-D printed, was hot-fire tested on Dec. 13. A space rocket bounces up and down a lot while in flight, like turbulence on an airplane, but much worse.

This bouncing, called the pogo effect, is named for the movement made by pogo sticks. The part is called a pogo accumulator. It is a shock absorber that produces a stabilizing effect. By using 3-D-printing technology to manufacture it, NASA saved 35 percent in production costs and the time for production was cut by 80 percent. The 3-D-printed pogo accumulator worked as expected, so NASA and its partners will continue to test 3-D-printed parts. Far out, man.