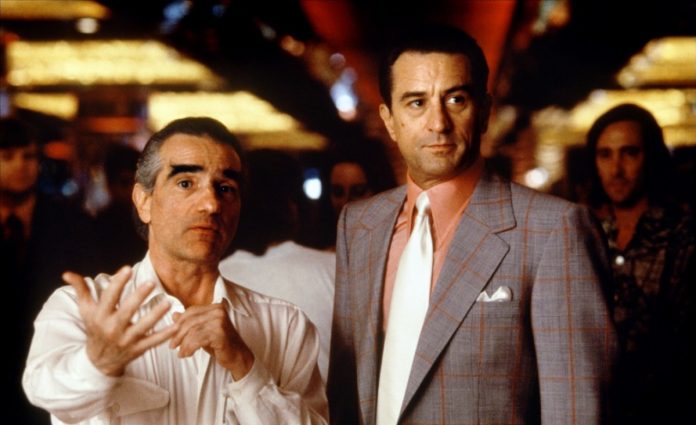 There’s nothing like settling in for a good Martin Scorsese film with all the usual goodfellas cast in the main roles. You know you’ll be in for a gritty portrayal of mob life, the mean streets of New York, Chicago, and Vegas, and multi-dimensional characters. But did you know that in Scorsese’s film, Casino, the characters portrayed in in the vintage Vegas casinos were based on real life people?

The early years of Las Vegas are rife with rumors of mafia corruption, organized crime operations, money laundering, and disappearing bodies in the desert. And for the most part, these rumors are absolutely true. Read on for the true story behind the real life mobsters, made men, and thugs portrayed by Robert DeNiro, Joe Pesci, and the rest of the cast of the movie Casino.

The author of much of Scorsese’s source material is writer Nicholas Pileggi, who wrote Wise Guys, Casino, and Goodfellas. Scorsese dealt up all of Casino’s gritty gambling gangster drama straight from the nonfiction source material, and only the names were changed to protect the guilty, as it were.

Even the casino names were changed for legal reasons. In Casino, Ace runs the Tangiers, based on the real-life Stardust casino. While Ace only runs one casino in the film, Lefty ran four mobbed-up Las Vegas casinos simultaneously, including the Stardust, Fremont, Marina, and Hacienda. The Chicago mafia pulled all the strings behind the scenes and reaped the rewards.

It takes a lot of attention to detail to run a casino, and Lefty and his screen counterpart were masters of the medium. After spending a good many years running numbers as a mafia bookie, Ace/Lefty left Chicago to spend some time in Miami to cook the books down there. There he partnered up with “Ant” Spilotro, and the duo later moved on to throw their weight around on the Vegas casino scene. 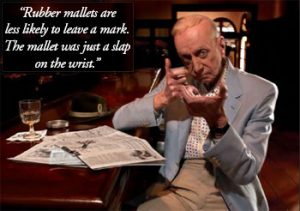 A few of the minor details in the film were taken directly from real life, including the scene with Ace scolding the casino chef on the blueberry count in his morning muffin. “There will be an equal amount of blueberries in each muffin,” Ace commanded. The chef briefly whined about how hard that would be, but quickly realized that counting blueberries was better than a desert dirt nap.

The scene where Ace orders casino security to punish card cheats was based on real life as well. He ordered security to break the cheater’s right hand with a rubber mallet, effectively making the victim a lefty for life. As for the choice of a rubber mallet? “Lefty” Rosenthal was famously quoted as saying “Rubber mallets are less likely to leave a mark.”

Jack of All Trades

In the film, Ace is seen browbeating bakers, directing dealers, and scanning for scammers like a pit boss. This is because the Nevada Gaming Control board was wise to the wise guy’s tricks, so they denied him a casino license. Since Ace was not legally allowed to run a casino, he was given a variety of ‘unofficial’ odd jobs around the casino, which is why he could count blueberries and smash hands all in a day’s work.

By giving him a different job title every few weeks, Ace’s bosses could baffle the bureaucracy and run the casino for the mob on the sly. And often the best way to get away with crime is to do it right under the noses of the police. In fact, the real life Frank Rosenthal actually had his own TV show where he interviewed all the famous Vegas lounge lizards and Rat Pack regulars, from Wayne Newton to Frank Sinatra.

Ace had his difficulties with the authorities, but some wise guys had it worse. His pal Nicky Santoro (“Ant” Spilotro) was so out of control with his violent ways that he was banned from ever stepping foot in a Las Vegas casino. But do you think that stopped him?

After years of heists, hits, and high end burglaries, Lefty and Ant decided to get off the police radar and head west to Vegas to shake things up there. As you may recall, the mafia was getting too much heat from the cops in the big cities of New York and Chicago, so they sent early emissaries like mobster Bugsy Siegel to stake out casino claims in the Vegas desert in the 1930s. By doing so, the mafia could maintain a ‘legit’ face while secretly skimming millions and laundering it through casinos.

Not to mention that the feds took a huge bite out of organized crime when they legalized booze again. The mafia expanded exponentially by bootlegging booze during the Prohibition period of the 1920s. But when alcohol became legal again in the 1930s, the mob could no longer profit from booze alone. So they sunk their teeth into the casino pie.

By the time Lefty and Ant arrived in the late 1960s, the Vegas mob/casino machine was humming along in high gear. All they had to do was take the helm, watch over the millions, and bury a few deadbeats in the desert from time to time.

Many of the mobsters portrayed in the film met tragic ends. It was an occupational hazard. In real life, “Ant” Spilotro was beaten to death in Chicago, and Frank Rosenthal’s wife Geraldine died of a drug overdose. But Frank himself reached the ripe old age of 79 before dying of a heart attack.

But Lefty had a very close call with a car bomb planted by unknown assassins. Just as in the movie, Ace/Lefty got into a Cadillac and started the motor. The car exploded in flames and threw him from the vehicle, where he escaped with minor burns and injuries. By some freak coincidence, that particular model of Cadillac had a solid metal plate under the driver’s seat to stabilize it. And that’s what saved his life. 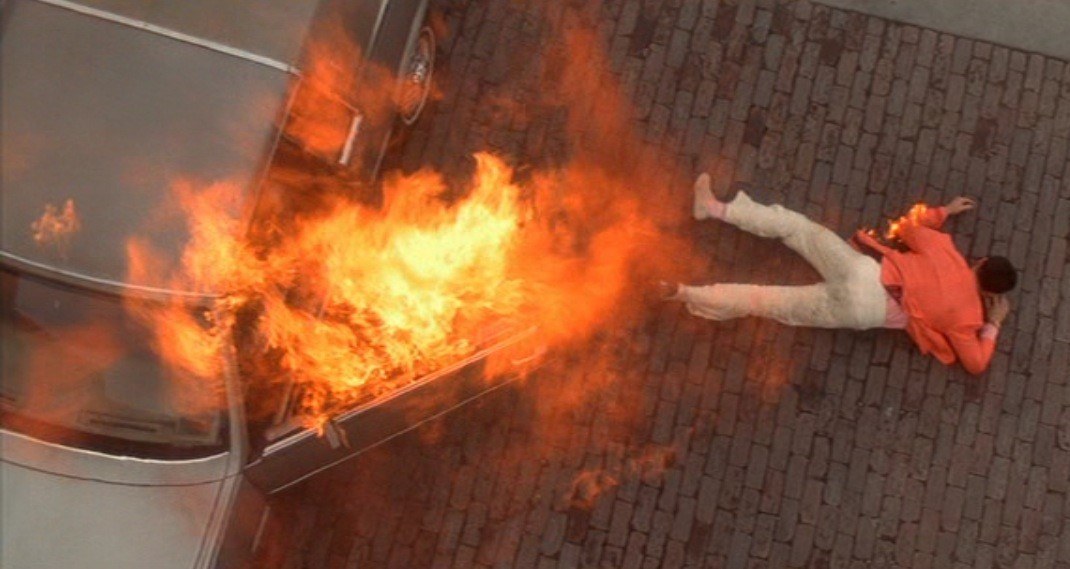 As Pesci’s character said in the film, the casino business was the first (and last) time street guys like them were ever given something so big. After a series of mob hits, violent retaliations, and arrests, most of the mob was forced out of Las Vegas. But the legend of the mob-built desert casino mecca adds to the Sin City mystique.

As long as Scorsese keeps cranking out the mob films, millions of eager fans will be treated to an epic feast of crime and punishment, mafia style. Maybe it’s the appeal of ultimate power that makes us enjoy mob films so much. It’s the dark side of the American Dream, where anyone can make it with hard work, street smarts, and a hell of a lot of muscle.