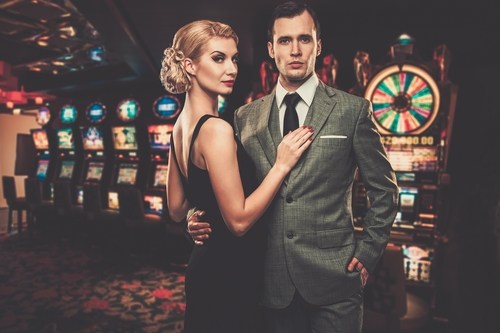 When it comes to casinos, advertisements are essential. TV advertisements are among the most popular advertising methods for most casinos. Many spend a lot of money to promote their offers, promotions, and new games. The ads are aired during prime time to ensure they reach more viewers.

“Heart of The Strip” is the title given to the Treasure Island Hotel & Casino TV commercial. The ad shows that each day is like spending time in Las Vegas. Guests can visit Gilley’s Saloon and Oleksandra Spa & Salon. They can enjoy great discounts on a variety of services. In addition, the guest can stay at Treasure Island & Casino for only $79 per night from Sunday to Thursday.

The hotel gives a free draft beer after buying one. The video lasts 60 seconds and it provides enough details about the various products and services available at the hotel. It encourages viewers to visit the casino and try the many games it offers. Moreover, it persuades them to spend some time there between Sunday and Thursday because it is cheaper.

One of the top casino TV advertisements this year is of the Gardens Casino. The ad, named “Best in Play in L.A.,” features a popular actress called Tiffany Michelle. It takes the viewers through the newly built facilities at the casino, highlighting the various cafes and dining options. It also takes viewers through the luxury boutiques.

If you have been looking for a cool place to visit in the evening as you play your favorite casino games, this ad provides the greatest assurance that this is the place to visit. The thriving night scene in the ad shows The Gardens Casino is the best place for you. The ad was shot in Los Angeles and the actress was chosen because of her popularity among many viewers.

Hard Rock Hotel & Casino has various destinations where you can go with your family. “Nothing else like this” is the title of this commercial, and it shows the many things you can do at the facility. It mainly shows the trips that you take are reminiscent of the good old days. You can get a limitless resort credit worth $1,800.

At the beginning of this year, Sky Vegas came up with its TV advertisement, which was accompanied by subtitles to make it easy for people to understand. The ad has a ’70s throwback explaining why the character loves to play at Sky Vegas. In the ad, which is titled “King of the Unexpected,” the character says people want to know what will happen next.

Nevertheless, for him, he is only certain in the fun he gets at Sky Vegas. The choice of the background music enables a person to concentrate and listen to the character. However, unlike most ads, this one does not promote the company’s current sign-up bonus.

This is another top casino TV ad that has been around for some time. The Huuge Casino ad features three characters who continuously play against each other regardless of their location. Jen, Joe, and Jim play together when they are on a bus, in a garage, or resting in the living room. “Bragging Rights” is the title of this 30-second ad.

Jen goes ahead to win a shower of confetti and another rather weird reward, bragging rights! The casino is popular because it allows the users to play using their smartphones. The ad’s main message is to show how easy it is to play at Huuge. The viewers should register because the game comes with various winning options and can be played anywhere.

Last year, one of Canada’s most iconic brands, Fallsview Casino Resort launched a rigorous television campaign to market itself. “Room Mates” is one of the four 30-second TV ads used by the firm. The company understands the power of humor in marketing products and uses it extensively in the ad.

Humorous ads show the different ways in which the brand interacts with people. The ads allow the people to interact with the company in a fun way. This approach has helped the ads to be received warmly and made the company more recognizable. The ad achieves its goal of highlighting the company’s amenities and unique customer experience.

Harrah’s Las Vegas understands the power of TV ads in driving sales. Recently, the company launched a project called “An Exciting Option” to advertise its products. The program is comparable to the military appreciation offers. The man featured in the ad is Toby Keith, a prominent country singer, songwriter, and actor. The choice of Keith is a tactical one —  he has a large following — thereby encouraging more people to watch the ad and learn more about the company.

PlayOJO is an online casino and has recently started a television advertising campaign to enhance its rank as the most transparent and trusted company in its category. To make the ads attention-grabbing, the company is using a fun-loving alpaca. The company has also hired Ewen MacIntosh, a popular British actor, to voice the animal.

In the ad, the alpaca first appears with a sad look because of how previous online casinos mistreated him. He discovers PlayOJO and starts dancing after realizing he has a casino that treats him fairly. What’s more, the company is offering cash bonuses and the registration process is simple. In short, the ad is encouraging the viewers to take the right steps and register.

SuperCasino also knows the power of TV advertisements in boosting the number of visitors and customers. The company has launched a new TV commercial that borrows the famous “visual nod” from the “Goodfellas” film, directed by Martin Scorsese. The company has collaborated with Future and Co. to develop the project. The ad allows viewers to learn more about the SuperCasino experience.

By watching it, it becomes easy for the viewers to understand how the company works. The ad is also fun and engaging to guarantee the viewers remain glued. British TV newscaster Marina Berry is the person taking viewers through the entire process. Berry is the best choice because many viewers in the United Kingdom are familiar with her.

This is another top casino advertisement this year. The 30-second ad begins with the 2017 Grand Prize Winner in the Poker Night in America App Tommy Zilahi saying he is in the company because he won. He is encouraging the viewers to try this game and win, hence the title “Play Like Tommy.”

The ad encourages the viewers to download the Poker Night in America app and get a chance to play with pros live on national television. Moreover, it is free to play. Using Zilahi in the ad is a good strategy because he is a product of this project. The viewers can easily relate to him and work toward winning and getting a chance to play live on TV. This advertisement is great because it helps to provide the information the users need in such a short time.