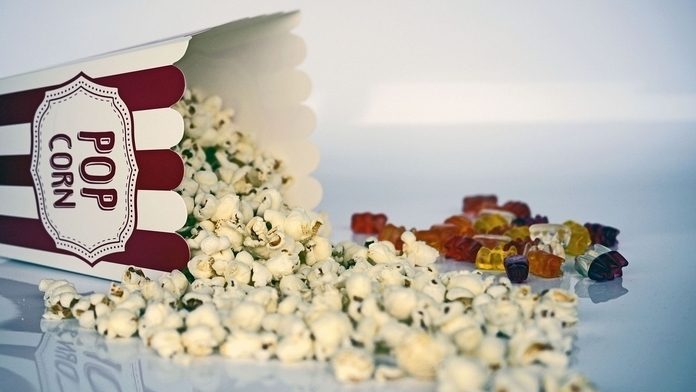 If you love to gamble, you might never want to step away from the gaming table. But, sometimes, there are things you must do, and you have to go home some time! Luckily, the good news is that there are other ways to replicate the excitement of the online casino without placing a wager yourself. If you just switch on your computer, you’ll find a bunch of great gambling movies on Netflix that will whet your appetite for the roulette wheel or the poker deck.

Take a trip back to the good old ’60s alongside one of the classic actors of all time – Dean Martin. While this isn’t a role he is famous for, it is still a fantastic movie. It tells the story of a man who is addicted to gambling and his long-suffering wife, who tries anything and everything to get him to give it up. While it may sound a bit depressing, it is a surprisingly comedic tale, especially when the mob becomes embroiled in the action.

Anyone who loves baseball, or indeed, who has ever watched the classic “Field of Dreams” starring Kevin Costner will already know the tale of the 1918 Chicago White Sox and Shoeless Joe Jackson. Eight of the White Sox team members were banned from ever playing the game after it was proven they threw the 1918 World Series in exchange for huge amounts of gamblers’ cash. Another well-known fact about the incident involved Shoeless Joe. The leftfielder was said to have taken the money, but, statistically, he hit the best of all of the players on both teams throughout the series. However, this movie focuses on the tale of the other seven men who were banned from the sport, and the dramatic saga in the courtroom that then ensued.

If you know anything about casinos, you’ve probably heard of Benny Binion, owner of Binion’s Horseshoe Casino in Las Vegas, his son, Ted, and Binion’s mysterious death in 1989. It was originally believed that he had committed suicide. A few months later, however, a homicide investigation was launched after some questionable details emerged about his girlfriend and her secret lover. This episode of the TruTV documentary series takes a fascinating narrative style to lay out the details and facts of the infamous case.

This documentary was filmed in Las Vegas over the weeks and days before the Super Bowl took place, and examines the lives and activities of those who bet professionally for a living. This movie tracks their successes and failures as they wager huge bankrolls and put their livelihoods firmly on the line all in the name of Super Bowl Sunday. Educational and exciting at the same time, this is a must for any keen gambler.

If you’ve ever played craps, you’ll have heard that you shouldn’t ever wager on a hard four. However, this hilarious comedy is well worth wagering on for a good time. It’s low-budget and pretty stupid. But, if you’re in the mood for a light-hearted and crazy adventure, “Hard Four” is going to hit the spot. It tells the story of a well-known craps player who dies in the middle of his favorite game and the madcap adventure that his family must embark on in order to retrieve his body. This slightly macabre yet deliciously amusing movie will give you a welcome respite from the gambling floor.

What happens when you get four friends who are compulsive gamblers in the same room? As you can imagine, it leads to chaos and craziness! The four best friends who cannot say no to a wager get together in “Double Down” to come up with a scheme to pay off their debts to a mad hitman, and, as you will find out, the insanity rapidly gets out of control. Starring Jason Priestly of “Beverly Hills 90210” fame, this 1990s classic takes a look at whether money can win out over loyalty or love in an amusing way.

This movie is based on a memoir of the same name. It is a nonfiction real-life tale that explores the story of a stripper and a gambler. The movie is star-studded. Bruce Willis takes one of the main spots opposite Rebecca Hall. This fantastic movie is a light comedy, which sees the bored stripper embarking into the world of sports betting offshore while Bruce Willis, the professional gambler, teaches her the basics. Of course, there’s a little love, too. As their winnings grow, so do the feelings of romantic attachment between the pair. Catherine-Zeta Jones, who plays the gambler’s wife, starts to get jealous of her husband’s new gambling protegee, and plans to remove her from their lives.

While it may not be the most accurate portrayal of a real-life MIT blackjack team, this fun movie is still well worth a watch. It stars Kevin Spacey as the MIT professor who recruits the best and brightest for a career in card counting. The movie is an exciting journey, which follows the team (Jim Sturgess, Kate Bosworth, et al) as they discover the basics of counting cards and try their hand at beating the house in the world’s top casinos.

OK. So, this movie may have received a 98 percent rating on the famous Rotten Tomatoes site. However, it’s still a pretty outstanding movie. Starring Clive Owen in his breakthrough role, this movie follows the tale of a struggling writer who becomes a croupier to make a buck. He becomes sucked ever further into the life of the casino and discovers the blurred lines found between the bettors and the dealers and the friends and customers of the establishment. Soon, he finds that life becomes even more complicated when he starts up a relationship with another croupier, directly against the strict policies of the casino.

Surely every gambler out there has seen “Rounders?” But, just in case you haven’t, you’ll almost certainly recognize some of the dialogue from this classic. It has been quoted over many a poker table. “Rounders” follows the story of a retired card shark, played by Matt Damon, who loses everything playing Hold’em and then tries to work his way through law school by taking a blue-collar job and staying clear of trouble. Unfortunately, his former partner, played by Edward Norton, gets out of jail and immediately tempts him back to his old gambling ways. Damon’s character soon decides to earn enough money to enter the World Series of Poker by taking part in a heads-up game against a former KGB mob boss, played by none other than veteran actor John Malkovich in truly convincing style. What could be more dramatic, and more exciting for any keen gambler?

Tell us what is your favorite gambling movie!

What is your favorite gambling movie?