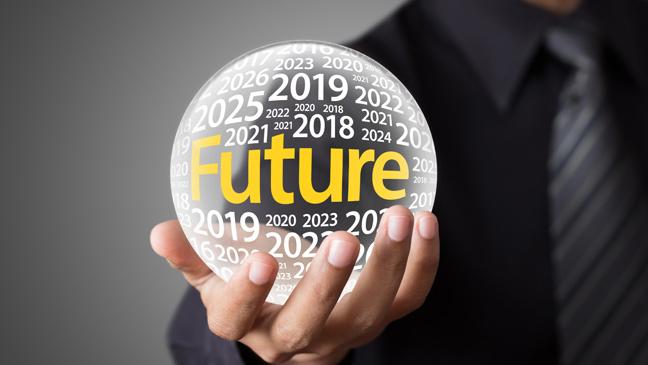 The year 2020 will be here before we know it. Many people are willing to make predictions about what will happen by then, either in fun or with a bit of seriousness. The gaming and gambling industries are also interested in what will happen by the year 2020. Here are a few predictions for gaming and gambling interests in the next year and a half that have a slim chance of becoming a reality.

Sports Wagering Will be Legal in All States 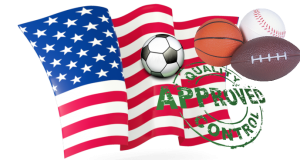 States that May Legalize Sports Betting 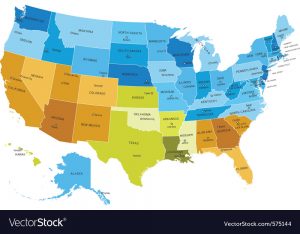 There are many gaming researchers who anticipate at least 12 states will work quickly to legalize single-game sports betting, including Colorado, Connecticut, Indiana, Massachusetts, Michigan, Mississippi, Montana, Ohio, Nevada, Pennsylvania, Virginia, and West Virginia. All these states already have some kind of gaming in place – most of them allow casino gaming. Additional states may work to legalize single-sports betting, But, it may be after 2020 before sports gaming is legalized in the following states: Arizona, California, Idaho, Illinois, Iowa, Kansas, Kentucky, Louisiana, Maine, Maryland, Missouri, New York, North Carolina, North Dakota, Oklahoma, Vermont, Washington, and Wyoming. Nearly all of these states already offer casino gaming in some form, whether the casinos are owned by businesses or Native American tribes.

However, researchers estimate there are states that will take longer to begin single-sports gaming if they begin it at all. For some states, especially conservative states in the South, the prospect of single-sport gaming seems very remote. And, even if states are in favor of the gaming idea, it will be impossible for all states to pass the legislation to legalize sports gambling by 2020. 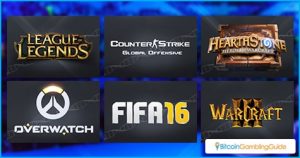 eSports vs. Other Sports 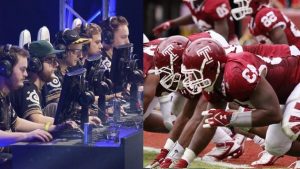 However, it is doubtful that eSports will completely replace sports events worldwide. For example, the World Cup, which is ongoing in Russia, has a television audience of more than 1 billion people. And, it is estimated that 1.5 billion people will watch the World Cup final in mid-July. Approximately 100 million people watch the Super Bowl every year. These are examples of the sheer number of viewers that sporting events can have, which means that eSports are drawing less than 10 percent of the viewership of the World Cup. While eSports will grow exponentially, and the betting on eSports is expected to rise exponentially as well, it is highly unlikely that eSports will outpace soccer, American football, basketball or baseball in the United States.

Gaming in the Asian Market 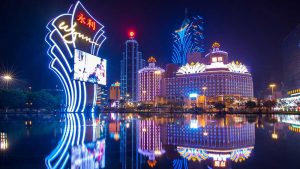 The casino market in Macau is the largest in the world. Over the last 15 to 20 years, the casino gaming market has grown from one casino to 38 casinos in the area, and they are pulling in close to $50 billion a year in revenue. With that being said, recent statistics in Macau indicate that the market might be saturated as the revenue from the casinos appears to have stabilized. Indicators from current economic markets indicate that the market in Asia will continue to grow. But, many experts have predicted that the market in Asia is primed to explode.

However, while there are indicators that the market in Asia will continue to grow, there are also indicators that the market will slow. Gambling markets are poised to open in Japan in 2019, which is projected to become a $10 billion industry when the three resort casinos open in the island nation. In addition, Vietnam, Thailand, Cambodia, and North Korea have plans to discuss the possibility of bringing gaming to their countries, and each has the potential to grow quickly because of the sheer number of people living in Asia.

It should be noted though, that China, at this point, has no plans to open other areas of the country to gambling, even though the country is home to nearly 1.5 million people, and many adults are fond of gambling. In fact, China spends a considerable amount of money cracking down on illegal gaming establishments across the country. Economists do not think China will open more areas of the country to casino gaming before 2020 ends.

However, the thinking is that the next large gaming market will not be China nor North Korea, but Southeast Asia. There are a few people, though, who think the market will be fully in place by 2020. One of the reasons that the Southeast Asian market is predicted to be so large is because of the distance between the countries of Southeast Asia and the gambling market in China, which makes Southeast Asia attractive for the development of casino gaming.

However, while Southeast Asia is willing to open casinos for gamblers, as well as for the tourist revenue, many of the countries do not have the basic infrastructure needed to welcome large numbers of tourists. They also will need to further develop their tourist infrastructure in order to attract not only the tourists who occasionally gamble but the high rollers as well. High rollers are responsible for more than half the business in casino gaming. It is assumed that the number of people who gamble in casinos in Asia will continue to rise, but the opening of new casinos in Southeast Asian countries will take some time, much longer than 2020.

While no one has a crystal ball, and no one can predict the future, it is safe to assume that the number of people using gaming as an outlet will continue to increase around the world. Whether gamers are playing games via mobile phone, playing a table game at a casino, or using the casinos for entertainment purposes, it is certain that gambling itself will continue to rise, as the world’s population continues to rise.

What remains to be seen is how and where casinos and gaming, in general, will continue to increase, and where they will stagnate or even fail. In the meantime, gamers will continue to play and bet against each other so that winners will gather a share of the pot, and losers will be left to wish for a new day.