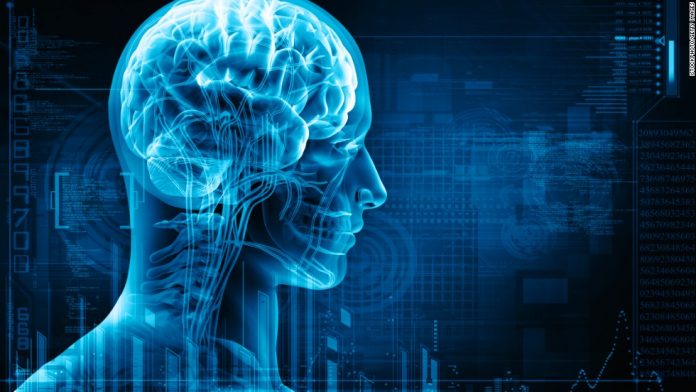 When we are younger, we don’t worry about how well our mind is functioning. However, as we age, we start to develop the tell-tale problems that indicate it time to do something to help our brain cope with life. We’ve all walked into a room and wondered why we were there. However, if this is happening to you more and more, it could be time for some brain training to get your brain back in shape and in top condition.

Everyone knows that as we get older, our cognitive function decreases. And, with age comes worries about dementia and other degenerative brain conditions. The good news is that now, expert research has shown that if we stay mentally active later in life, our brain function can be preserved, and this helps to stave off age-related mental conditions.

One of the best ways to preserve mental stimulation is to use a brain-training app on your mobile device. But, with so many different ones out there, how do you choose the right one? Here, we look at the top five available today, so you can choose the best one to suit you.

How Does Brain Training Work?

The basis of brain training is that stimulating the mind improves neuroplasticity – the ability of the brain to reorganize its connections between cells to respond to the requirements of new tasks. A study that was published in 2013 showed that young people who play games that were designed for the purpose of brain training had better processing speeds, executive functions, and working memories.

Not only this but three years later, in 2016, the Alzheimer’s Association International Conference presented research that proved that older people who were involved in five weeks of brain training had a 48 percent less chance of developing dementia over 10 years. It’s no wonder then that brain-training applications have become so popular.

Possibly the original app designed for brain training, Lumosity has more than 85 million users worldwide. It involves more than 50 fun and colorful minigames that train the five main cognitive functions: memory, speed, flexibility, problem solving, and attention. They were designed by more than 100 different researchers across the globe.

When you register with the app, you carry out your own fit test to calibrate memory, attention, and speed. Once the three games have been completed, your results are compared with those from other people in your age group, and this tells you which areas need the most attention to improve. Every day, users are a reminder to do their brain workout, which involves three minigames focusing on those five cognitive functions. Both kids and adults find this app appealing and it can be downloaded for free on iOS and Android devices.

Although fewer people use Elevate than Lumosity, there are still 10 million users around the world. Having won the accolade of iPhone’s top app of the year in 2014, it stands out because of its 40 minigames that boost speaking and math skills while also improving processing speed, attention, and memory. The creators of the app believe that users will improve their critical cognitive abilities the longer they use the app, and it can also help to improve earning power, self-confidence, and productivity.

There is a three-game workout for users to carry out every day. Elevate’s feel is a little more adult than many other brain-training applications because it is not so colorful. However, it tells users every day, week, and month how well they are performing in comparison with other people in their age bracket. Available for both iOS and Android devices, this is a free app with a premium version available.

Having been rated as one of the top 2016 Android apps by Google, Peak has more than 30 different minigames that help users to boost their memory, concentration, language, problem solving, and mental agility. This app’s games have been designed by using research from some well-known universities, including Yale, and scientists from around the world. Both adults and children will enjoy the games on this app and each user is provided with his or her own personal brain workout plan.

Users are recommended to brain train using the app for three days a week, and tracking cognitive performance isn’t difficult thanks to the data, which is supplied on all the five main cognitive functions. Although the app is free to download for Android or iOS devices, you do need to take out a monthly subscription to get the best features of this app.

Created by the well-known Rosetta Stone education software provider, Fit Brains has more than 60 different minigames that have been shown to boost cognitive function. This app has a greater variety than all the other offerings out there and there are 500 different training programs personalized for the needs of the individual user. Neuroscientists have had an input into this app, and this means that the games are tailored to address the primary cognitive functions of problem solving, fast thinking, memory, and concentration.

The one thing that sets this app apart from its rival apps, however, is its targeting of emotional intelligence. Some of its games focus on social awareness, self-control, self-awareness, and social skills. Users are given the score that they have achieved out of a possible 200 in all the cognitive areas, comparing results with other users. There is also a school version that has been specifically aimed at school-aged users to improve their cognitive functioning. A free version is available for download on iOS and Android devices. However, there is a premium upgrade available, too.

Possibly one of the most advanced apps for brain-training available today, CogniFit consists of several different minigames that train users with more than 20 different cognitive functions, including planning, short-term memory, auditory perception, and hand/eye coordination. This app offers tools that can be used by health-care professionals and researchers to assess their patients’ cognitive function, and its developers have ensured that their training tools are all validated scientifically, including by researchers from New York’s Albert Einstein College of Medicine and the University of Washington.

The games offer an excellent balance between mental stimulation and fun, with every individual’s cognitive performance being assessed on the Lumosity Performance Index. This is calculated by using the average score of each game played and, similar to the other apps for brain training, users can compare their performance against how well other users performed on the same games. The CogniFit app can be downloaded free of charge to iOS and Android smartphones and tablets, although the premium upgrade is quite expensive.

Whether you’re already worried about the effects of aging on your brain or whether you just want to stave off the unwanted effects of time on your cognitive abilities, a brain-training app could be the ideal choice for you. If you’re ready to take steps to boost your cognitive function, any of these five top brain training apps could be the ideal solution for making sure that your mind stays sharp and your memory, problem-solving abilities, and speed of thinking are not affected in the long term.