Every year, automakers roll out the best of the best of the new models. This year’s selections are particularly noteworthy. From hybrids to talking computers to streamlined styling, consumers can find anything their hearts desire in the impressive lineup. So, let’s take a tour of our favorite vehicles for this year. 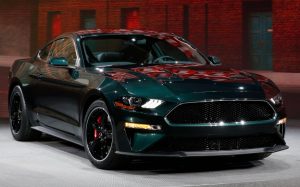 Steve McQueen drove the first Mustang GT on the screen five decades ago. This year, Ford is introducing the Bullitt Mustang. Maybe you are not planning to use your next car for high-speed chases. But, nonetheless, the new Mustang leaves others in the dust.

Ford has been doing special editions of the car off and on, and the new version builds upon the GT Premium with upgrades that include a limited slip differential by Torsen, front brakes with six pistons, a bigger rear end with a roll bar and an enlarged radiator so you can keep your cool, which shouldn’t be too hard in this car. The high-performance Bullitt has a maximum speed of 163 miles an hour and a six-speed manual transmission. 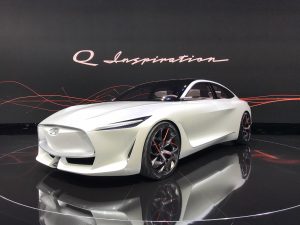 Infiniti says both functions will make it into production soon. The interior is spacious, and the doors open outward, adding to the roomy feel. Nissan is touting it as the first variable compression ratio engine that is production-ready in the world. That means it has both the performance and speed of a gas-powered engine, as well as the torque of a hybrid or car with a diesel engine.

The Xmotion Concept from Nissan 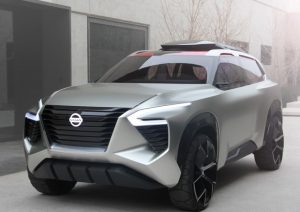 Nissan is introducing a new crossover concept for 2019 called the Xmotion or cross-motion. The Rogue is the carmaker’s best-selling vehicle in the United States. It is hoped the Xmotion will do as well as, or better than, the Rogue.

The intelligent mobility technology that Nissan is well-known for is the main feature. The entire dashboard’s width is covered by a very large touchscreen. There is a total of seven screens in Xmotion, including one between the driver and passenger seated in front. The steering wheel is small and modern. It’s rectangular and offset by wood and bamboo throughout the interior. The CUV’s interior is supposed to inspire the feeling of looking at a river in Japan with seating that resembles lace and bamboo. 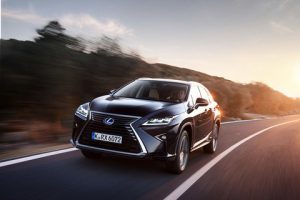 The LF-1 Limitless is made to operate three different ways: using fuel-cell technology as a hybrid vehicle that gets plugged in; through electricity only; or on plain old gasoline. Lexus is also calling attention to the state-of-the-art 4-D navigation system, which has an embedded personal assistant that monitors the driver’s preferences, travel patterns, and even predictive driving to common destinations.

The car is also aesthetically pleasing, with a panoramic, oversized sunroof and split spoiler in the rear. This is basically a crossover vehicle in the luxury category. The interior has many screens that light up the cabin, some in the shape of triangles rather than the same boring rectangular shape of most screens. There is a touchscreen on the console in the center where the driver can access menus to use the various driving, communication, and other features, such as heated seats.

Mercedes recently unveiled the new Geländewagen, or G-Wagen, in Detroit. On hand were Dieter Zetsche, CEO, and Arnold Schwarzenegger, Hollywood superstar and former governor of California. The celebration was to commemorate the first major redux of the G-Class since 1979. The new version is longer by more than 2 inches and wider by almost 5 inches but still has all the sharp angles. The new G-Wagen has a V8G550 4.0L turbocharged engine under the hood. The manufacturer says the car may look like past models but has been redesigned for superior performance. Made for on- and off-road, the 2019 G-Wagen features a front track that is wider and lighter in weight with independent front suspension. The rack-and-pinion steering got an upgrade, too. 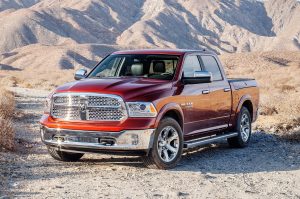 Trucks were everywhere at the trade shows this year. A crowd favorite was the 2019 Fiat Chrysler Ram 1500 Laramie. The pickup is designed to be heavy duty and luxuriously comfortable at the same time and features a 19-speaker sound system and a touchscreen that measures 12 inches. It is also geared toward being more fuel-efficient than its predecessor, weighing in at 225 pounds less, even though it is wider and longer.

The interior is where this truck really shines with a real leather dashboard and door panels, accented by leather with an alligator pattern throughout. Rear seats can recline and are heated and cooled for optimum comfort. The Southwestern feel of the interior has a few pieces of real barn wood alongside the customary brushed nickel design features that Laramie Longhorn fans have grown so fond of. 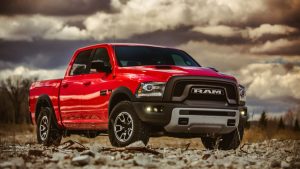 Are you the type that likes to get your jeans a little muddy off-roading? Then, the Ram 1500 Rebel is for you. The 2019 model has the most hauling and towing capacity of any Ram 1500 to date and is made to go off-road. It features a Hemi 6.2-liter V8 engine and eight-speed automatic transmission with all-wheel drive. This amazing truck is also built for safety and boasts more than 100 security and safety features that either come standard or are available to add on. Other features include the biggest-in-class touchscreen at 12 inches, CarPlay by Apple, monitoring for blind spots, rear trailer, and cross-path detection, and an awesome Harmon Kardon 19-speaker audio system. You can charge your devices anytime with the built-in charging pad.

The X2 from BMW 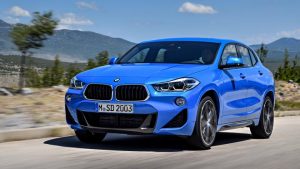 For the first time, BMW introduced its X2 SUV for 2019. It has a 228-horsepower, four-cylinder 2.0-liter engine and all-wheel drive with an eight-speed transmission. The X2 has an impressive pickup, reaching a speed of 60 mph in a little more than six seconds and can reach about 130 mph at top speed. It is the first time a BMW model will include the automaker’s badge on the rear pillar since the sporty 3.0CS Coupe was introduced in the 1970s. The steering wheel is covered in leather and cost options are available, such as Apple CarPlay and a Harman Kardon stereo system. The newly introduced X2 is one of the models in BMW’s Year of X. The X2 is said to possess characteristics of the M Sport, as well as the ruggedness of the X line. 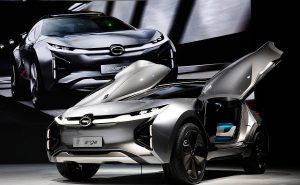 There are some new names on the automotive scene for 2019. Hailing from China, Guangzhou Automobile Group is introducing its Enverge electric vehicle. The screen on the dash has a floating digital design and the headlights detach and slide so they can be used like floodlights. Gullwing doors give the Enverge a modern look and, even more amazing, it can run a reported 370 miles after one session of charging, which is almost unheard of.

This year’s new market entrants are exciting! Whether you’re a truck fan, SUV/CUV enthusiast or looking for a family sedan, you should be able to find the right fit for you.