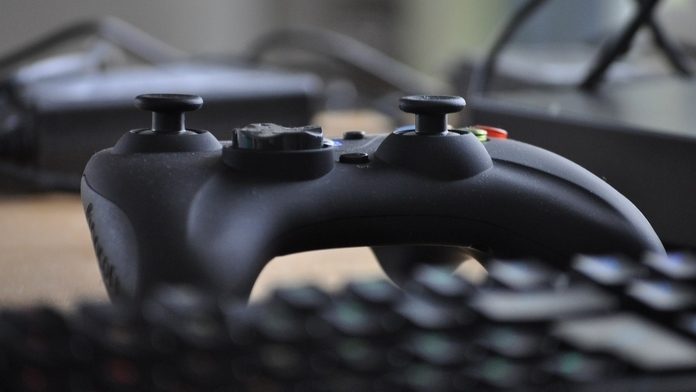 If you’re planning a Vegas vacation, you probably want to enjoy as many attractions and activities as possible. In addition to the casinos, ornate hotels, award-winning restaurants, and fascinating museum exhibits, you can also take advantage of virtual reality games. Here are a few of the best virtual reality games you may want to experience. After seeing what these games have to offer, you may be motivated to buy a PC VR system of your own.

Superhot VR is the new and improved version of Superhot, which debuted in 2016. The game is full of action, and you’ll be dodging bullets as you avoid enemies that only move and shoot when you do. The game also allows you to catch guns in mid-air. If you enjoyed the original Superhot, you’re sure to love this game. Superhot VR is also an ideal game if you like games that have a trial-and-error effect, or if you want to be challenged by coming up with innovative and intelligent ways to beat your opponents.

House of the Dying Sun

In this VR game, you’re the bad guy and your mission is to find the good guys and make them suffer. House of the Dying Sun is a dogfighting game where you get to be the villain. You must hunt down whoever dares to challenge you and you must manage to dodge enemy flagships so you won’t be destroyed. The game has a great soundtrack and you’ll likely love it if you enjoy VR games, such as Battlestar. House of the Dying Sun can be also enjoyed on a regular screen. Just remember the game doesn’t tell a very elaborate story, in case you were looking for a VR experience that is epic in nature. It’s still pretty entertaining though.

If you love Rock Band and could easily play the game for hours, Rock Band VR is a game you won’t soon forget. There’s a good chance you can find this VR game at many of the arcades and gaming centers in Vegas. This  game was designed by Harmonix and is said to be the best Rock Band game yet. You can pick the chords you want to play and strum the guitar for as long as you want, so it’s easy to fulfill your dream of being the lead guitarist in a rock band. This is also a great game to play with friends since you can form a VR band and make beautiful music together.

If you love games that allow you to shoot robots, Robo Recall is the VR game for you. You get to hold a virtual gun in each hand and annihilate your enemies, and the graphics of the game are impressive as well. In this game, you’re a recall agent and your task is to rid the streets of robots in several futuristic scenes. In addition to being able to shoot the robots, you can throw them at each other and tear them apart – if you’re into that sort of thing. The robots can also be used as a shield to defend you against attacks.

Even if you’re not an avid video gamer, you’ve probably played Minecraft a time or two. It’s the game where you create the game and fashion the world within the game to your liking. That means everyone who plays the game has a unique experience. This Mojang game is also enjoyable in virtual reality, and you may prefer the VR version once you play it. The game takes on a more authentic feel when you play it standing up using VR controllers. VR Minecraft works great with Vive or Rift.

Thumper is a game that is usually played on the regular screen, but there is not a VR version that you can enjoy just as much. The virtual reality version of Thumper is much more intense. This music game requires you to use a call-and-response method for conquering one level and going to the next as you continue to push your musical skills to the limit. If you love music VR games that have an abstract and artistic feel to them, Thumper is the game for you.

The Climb is a thrilling game that is perfect if you love the great outdoors or you want to try getting a workout in virtual reality. The game is also ideal for individuals who don’t want to play VR games that involve shooting or violence. If you’ve ever had the desire to scale a cliff without having to train your upper body to complete this physical feat, you’ll love playing The Climb. There are several routes to the top of the mountain and a variety of finger holds and ledges that will make the game especially suspenseful. The Climb prompts you to be very calculated with your moves and you’ll have to stretch and hold positions to get to the top of the mountain. Once the game is over, you’ll feel like you accomplished something.

The main concept of Fantastic Contraption works well as a browser or mobile. Basically, you build a strange object and fling it toward a target. You must consider reactive physics when you’re playing the game as well. For instance, if the object it top-heavy, it could fall short of the target, and if the object you create is lopsided, it won’t reach the target. You’ll likely find you’ll literally have to get down on the ground and emulate the motions of a real mechanic to make sure your contraptions work, which could give you a bit of a workout.

Elite: Dangerous is one of the best games for sci-fi fans and individuals who are fascinated with space. If you’ve always been interested in exploring the galaxy, Elite: Dangerous is the game for you. This game has been anticipated since before VR headsets were officially on the market and gives you the ability to planet hop. There are several characters you can play in the game, including a bounty hunter, a space trucker or a space pirate. If you enjoyed Elite: Dangerous on the regular screen, there’s a pretty good chance you’ll love the VR version.

Lone Echo is one of the best virtual reality games to help you explore artificial intelligence. In this game, you are a friendly form of AI floating through space on a space station and you must keep the only human occupant on the station company and assist her with daily tasks. It’s also your job to provide conversation for the human occupant to prevent her from being too lonely. Of course, something goes wrong, and you’ll have to go on an adventure to figure out the problem and repair the space station. The narrative for the game is very well-written and the VR aspects of the game make it truly remarkable. Lone Echo feels so real that when you get to the part of the game when you float into space, you’ll feel like you’re there.

If you’re one of those people who has ever wondered what you would do in a zombie apocalypse, Arizona Sunshine is one of the best forms of entertainment you’ll find. You’ll get practice shooting zombies in the Arizona desert. Unfortunately,  you only have a few bullets. This means you’ll have to defeat the army of zombies with expert skill and precise aim. To play Arizona Sunshine, you’ll have to physically hold  the gun and squeeze the trigger to hit your mark. You can play Arizona Sunshine alone or with friends, and the game is great for reinforcing coordination and helping you get a mild workout.

This game is a must for “Star Trek” fans and is a fun way to make use of a VR headset. For this game, you’re a member of the bridge on the U.S.S. Enterprise, and your mission is to handle the ship’s engineering and tactical operations . You can also be the captain and delegate tasks to the crew. Sure, there are other Star Trek VR games out there, but this is one of the best for making you feel like you’re on a Federation star ship and interacting with your favorite characters.

This refined virtual reality game is rather enjoyable even though the story plot of the game isn’t too elaborate. The game focuses on Robin, a young boy who crash-lands on a planet inhabited by dinosaurs. There are a few secrets that unfold as you progress through the game. You’ll see how the dinosaurs interact with one another, as well as how you should move through the land safely. The graphics are vibrant as well, which makes Robinson: The Journey very enjoyable to play.

This game debuted in 1980 but has now been revamped with VR technology because of PlayStation VR and Rebellion. Individuals who have been fans of video games for years will love the revamp of Battlezone. This is a combat game that allows you to turn the tanks of your enemies, as well as operate drones and flying machines to cause explosions and defeat your opponents. If you love sci-fi and enjoy the fascinating VR effects like neon-soaked cities, you’ll find the game even more exciting.