Amazon Prime is not yet ahead of Netflix, but it does have interesting programs to watch this season. The service is still beefing up its offerings. Unlike its competitors, it has exclusive rights to some HBO series, so this gives the service an advantage. You will find amazing shows to watch on Amazon Prime this season.

If you are wondering what you can watch, here are 10 of the best shows. But, there is much more in addition to these. Therefore, it’s worth checking out what the service has. 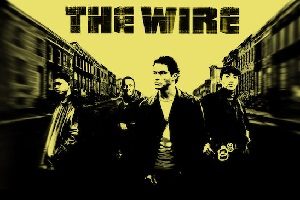 The Wire is a show about deeply flawed human characters. The show examines the drug scene in Baltimore and focuses on both sides of the law: the police and the dealers. The show humanizes both the drug dealers and the police. It also confronts the deep inner problems in the city and reveals the bureaucracy that surrounds these issues. The show makes the viewer understand how law enforcement struggles in its fight against drugs. It also brings to light the plight of the drug dealers.

This show encompasses five seasons and the series flows like a thrilling novel. It is not only entertaining, but also insightful and unique. No other show has brought this side of human characters to light in such an in-depth manner. 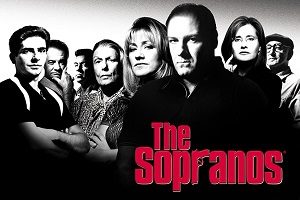 This series, created by David Chase, is about the life of Tony Soprano, a mob boss. It shows how he struggles in his daily life just like everyone else. But, the work he does is not legal. He runs a crime ring, and he has a difficult Italian family. The show ran for six seasons and many consider it to be one of the best series ever made. It has always been rated as the best or second-best. Either Breaking Bad or The Wire leads it. The Sopranos helped to kick out the traditional TV shows and introduced the viewing public to the antihero.

This is a masterpiece that you must watch on Amazon Prime. It is rich in comedy, nuance, emotions, and brutality with some of the best actors who fit their roles well.

Six Feet Under is an amazing TV show about how people deal with loss differently. Death is the loss of life, but this show uses it to bring out the importance of life. This show is unique. It faces death, confronts it, goes beyond the taboos, and takes more than 100 maxims to extract a cliché. It allows the viewers to appreciate death. It is comforting and shows the departed goes in a better place. Nate, one of the characters, says people die to make life important. Six Feet Under lets you see how different people go through the process of grieving. It will help you understand your feelings about death. Ten years later, it still has one of the greatest series finales you will ever watch. 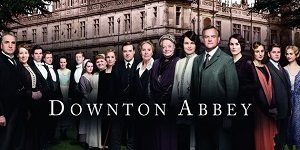 Downton Abbey was the hottest TV show between 2011 and 2015. It dominated most conversations. Based on a British aristocratic family and its servants, the show invaded America. The only other British sensation to do that was The Beatles. The show tells the story of the servants’ lives. Their lives are full of gossip, scandals, and intrigue downstairs. Upstairs, the Crawley family is busy navigating historic events, including World War I and the sinking of the Titanic. It’s full of British drama.

This is a political satire show that has managed to remain relevant throughout its run. It is a smart comedy that has survived the fiery post-Trump campaigns. This show highlights the useless in politics. People stumble and fall into high leadership positions despite not being smart or even political savvy. The system, which favors dysfunction and mediocrity, rewards them. Julia Louis-Dreyfus plays a big role in Veep. She has won six Emmy awards thanks to her role in this show. 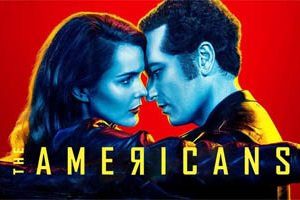 The Americans is an exciting spy thriller. It follows two Russian spies played by Matthew Rhys and Keri Russell. The spies, while in America, start a family. There is a lot of drama between the two spies. They have a hard time balancing the love they feel for one another. The drama in their relationship will keep you glued to the screen. There is also Noah Emmerich, who is an FBI agent. He has his own issues: dealing with his family and working for his country. He is also the spies’ neighbor and takes a liking to the couple’s children. The show is so smartly crafted that it has finally captured the attention of the Emmys. Although the show has ended, you will still enjoy it.

Justified was not very exciting during its fifth season. But, the sixth one brought the show’s fantastic thrill back. This show has two unique and charismatic characters, Boyd Crowder and Ryan Givens. You will enjoy the smartly written stories and the irresistible crackling dialogue. It may not be the perfect show. However, its flaws are not terrible. 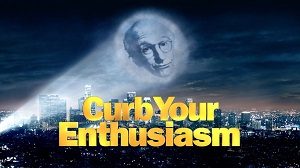 Curb Your Enthusiasm is a fictionalized story of Larry David. The HBO series is funny and misanthropic, but very cleverly crafted. David inspired George Costanza. In the show, he feels like he is copying Constanza. That made the Seinfeld reunion show in one season a little awkward. Curb Your Enthusiasm brilliantly unpacks trivialities. It is not a show to binge for long. Although its general disdain and cynicism for humanity are hilarious, it can become too much after a while.

This show is a creation of the great woman who created Bunheads and The Gilmore Girls. Amy Sherman Palladino created a dramatic show about a housewife in the 1950s. The show is a stand out for Amazon. The talented Rachel Brosnahan is Midge Maisel. The Jewish housewife does not have a happy marriage. Her husband is a cheater and a joke-stealer. He’s just a terrible person. She is ready to get into the comedy world on her own. 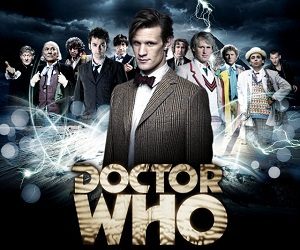 This is a British series that has been running for a long time. It is about a Time Lord and his and, now her, companions. Together they set out in space and time. Once you start watching the show, you become engrossed in it. You do not have to be a sci-fi geek for you to enjoy the show. With time, however, it will make you one. There is more to the show that just the science fiction. The characters fall in love, experience heartbreak, and, sometimes, have to deal with loss. It is a fantastic program that will connect with the world.

Amazon’s Prime is a service that gives all prime members access to free TV shows and movies. The service has grown over the years. Today, it has so much to offer and competes with the likes of Netflix and Hulu. You get to watch amazing shows and there is a wide variety.

With such many BBC and HBO programs, Amazon Prime’s list has original content that is growing fast. Every TV fan will find something to watch and enjoy it. If you are not sure which show to binge on, you can browse the service’s list and chose what you find most interesting. Amazon has more to offer than just shipping products across the world.