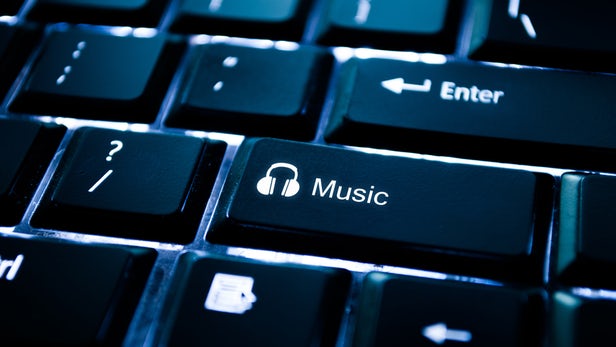 Music is something that has always been a key element of human life and has been with us from the beginning of time. All cultures have their own form and styles of music. However, in recent years, the ways in which we make and listen to music has changed enormously. Thanks to the latest advances in technology, we can now listen to melodies wherever we are and at any time of the day or night. 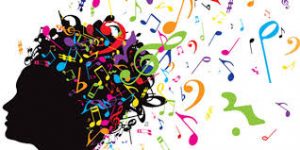 We can listen with others or we can listen alone. We can carry our favorite tunes wherever we go in the palm of our hands, and we can create our own soundtracks at the touch of a button. Whether from the point of view of the artist or the listener, digital music is set to be taken to the next level in the next decade as advances move very quickly.

Digital music is certainly the latest thing to come to the world of composition, but what is its future? Here are just some of the ways in which developing technology is likely to affect the future of digital music?

Although computers are never going to take over 100 percent from humans when it comes to music composition, there are already developments in artificial intelligence that are having an effect on the way in which tunes and songs are put together. Once the human element of the composition has been created, technology now exists to fine tune the parameters to produce a finely honed piece of music. 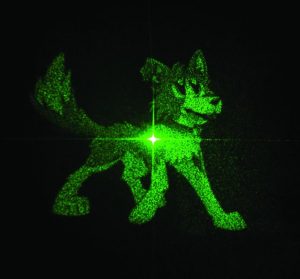 You might think that a hologram would never become a music artist, and this is the stuff of fantasy. However, there is already at least one holographic performer in the business. Hatsune Miku, a Japanese pop star that was created a decade ago and remains permanently frozen at 16 years old. Created originally as a tool for professional musicians, she rapidly became a celebrity in her own right, singing music online. She has even appeared live on stage at the Barbican Centre in London.

She has already paired up in a collaboration with Pharrell Williams. This paves the way for all kinds of human/hologram duos in the future, as well as opens up all kinds of exciting possibilities, especially since holograms are now being used to bring old stars back from the dead. Roy Orbison will soon be appearing in hologram form at a concert even though he died in 1988. 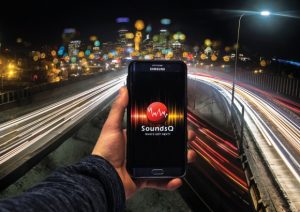 Streaming is the most popular way of listening to music in the United States, and according to the Nielsen panel, we officially stream more music than we listen with any other medium. Downloads are becoming less popular as streaming has taken over, and there are now a number of services that are specifically aimed at the streaming market. One subscription streaming service, Pandora, uses new data science to assist in curation and discovery, making a more streamlined and customized way for individual listeners to find the songs that best suit their preferences.

Meanwhile, while we’re looking at methods of listening to music, the future of radio will eventually be in jeopardy. It’s unlikely, however, to disappear completely for a long time. Smaller stations are already disappearing from the air, and even the big operators are becoming debt-ridden in their attempt to stay afloat in these tough times. Radio may not have the influence it once had on the music industry, but most people listen to the radio at least once a week. While streaming is going to continue to make powerful inroads in the years to come, terrestrial radio is still going to be around, albeit with a smaller audience. CDs, too, are on the decline, and it looks definite that they will be completely obsolete within a decade, except as a collectible item. 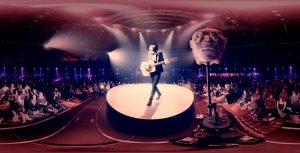 Music videos are already being shot in 360 degrees and are being built specially for VR. Thanks to today’s affordable VR technology, this allows for a much more immersive experience for listeners who can’t make it to a real-world venue. The near future is likely to see huge advances in this field with more 3-D experiences to enjoy from top bands.

Social media sites, such as Facebook, is also rapidly becoming a location for music distribution and this looks to continue into the near future. Because VR and social media will play a greater role in the industry, artists will have to start moving beyond the album when it comes to making a living. With tracks now so easy to copy, no matter what encryption methods are used, artists are going to have to work on coming up with new and more difficult-to-reproduce material if they want to stay afloat.

The power of the Internet is only just beginning to put the power of music within the hands of any budding musician. With everything that you could possibly want to know, from music theory to composition to lessons in a wide array of instruments available at the touch of a button, anybody can now learn to sing and play his or her favorite songs and to compose his or her own music without ever having to take an official lesson. This leads one to even greater accessibility in terms of the market. Even complete amateurs can upload and create their own channels to attract a following, which could lead to stardom without having to make any connections in the industry.

Followers can be attracted from all over the world without any need to actually set up gigs and win over fans in your hometown. While we’re talking about accessibility, the Internet has also managed to bring artists together to collaborate from around the world without ever needing to meet each other. Whereas in the old days, musicians had to actually get together in a recording studio to lay down their tracks, musicians can now conceivably be on the opposite sides of the planet and still work on the same track. Noel Gallagher (formerly of Oasis) never even met Jason Falkner, who played bass on his “Who Built the Moon?” album, and cutting-edge editing programs now allow band members to work on an identical song simultaneously in real time but in different cities around the world. This kind of creativity is set to make even more of a difference in the future.

Technology is rapidly becoming a key tool in the power that music has to connect and reach out to others. Music has always been able to bring people together, but thanks to cutting-edge advances, the human experience of listening to and creating music will become ever more powerful, combining audio, visual, and sensory experiences of all kinds into one impressive and immersive package.

Of course, advances in digital music technology won’t be for everyone, and for every musician and band that embraces change, there will always be those who prefer the live concert experience and the unmistakable thrill of performing to a real-life audience. There will almost certainly continue to be space in the world for both types of performers, at least for the foreseeable future, so there’s no need to give up going to concerts yet!