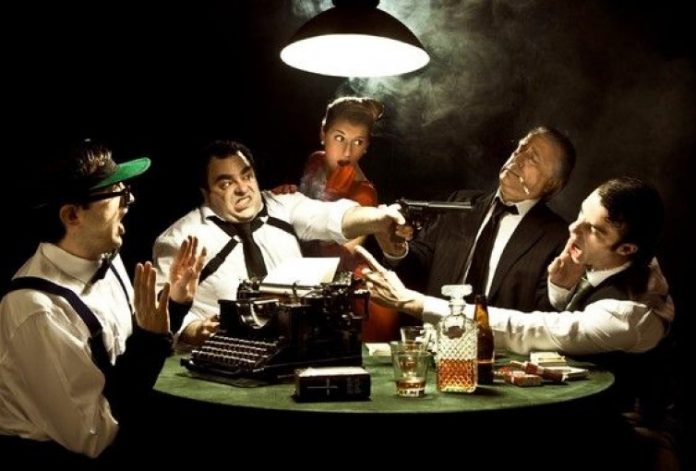 For most people, gambling is a thrilling pastime and a fun way to let off some steam. It can also lead a small minority to ruin, like any other ‘vice’ might. The risk is part of the thrill, which is why so many people have fun gambling safely.

However, there is still an unspoken belief that all gambling is associated with the criminal underworld. In a small percentage of cases, this may be true, as casinos are a great way to hide or launder money. From the first mobsters running Vegas casinos in the 1930s to modern day rogue casinos with triad ties, here’s why gambling has earned a dubious reputation over the years.

The mafia and other mobsters grew to prominence during the Prohibition Period in America. When alcohol was illegal through the 1920s, the mob made buckets of ducats selling bootleg booze to the thirsty masses. Some historians blame Prohibition itself for empowering the mafia in America.

But after Prohibition ended, mobsters needed another vice to fill their coffers. Right about that time in 1930s Nevada, gambling became legal for the first time. It was perfect timing for the mob, as increased pressure from the feds coupled with the end of the booze boom led to a fundamental change. The mob needed to go legit, or at least appear to do so. 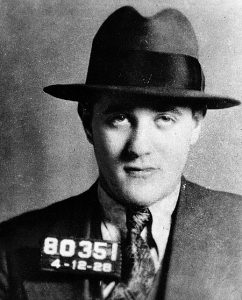 A certain mobster named Bugsy Siegel, who worked for the branch of the Jewish mob known as Murder, Inc., started running the Flamingo casino in the Nevada desert town of Las Vegas. He sank millions in mob money into the casino, expanding it to become a mini empire in the sand.

As the new gambling mecca started growing, expensive construction projects led to many union jobs, and some of those unions had mob ties. The huge cost of building casino hotels in the desert was a perfect funnel for all the mob cash streaming into Las Vegas.

Bugsy Siegel met his end in a hail of bullets, as many mob men do. But the seed was sewn, and the colossal cash crop growing in the desert attracted more mob involvement. Even though the laws changed, and gambling regulators drove out most of the mob elements from Las Vegas, the image of the casino outlaw in the desert persists.

Changes in laws and law enforcement put constant pressure on mobsters running cash enterprises. Gone are the days of a mobster walking into a car dealership with a suitcase full of cash to buy a car. Soon it became impossible to make large cash purchases without answering difficult questions from law enforcement.

For decades, organized crime elements have used large cash enterprises like casinos to ‘launder’ their money. Not only is a building with huge piles of cash inconspicuous, it’s a perfect place to hide dirty money with the clean. And gaming regulators require all casinos to hold several million in cash on the premises every day in order to pay out any huge wins.

This makes the perfect place to hide illegal cash. By investing in a casino, usually through a legitimate front man, the mob can stuff tons of criminal cash into a casino, then withdraw it under the casino company name, thus ‘laundering’ the dirty money and rendering it untraceable.

But laws kept evolving along with the mob rule, and in the 1970s, the RICO Act came into play. Anyone who’s seen a mob movie has heard the feds use the phrase ‘prosecute them under the RICO Act.’ The Racketeer Influenced and Corrupt Organizations (RICO) Act gave law enforcement the teeth they needed to really take a bite out of crime. By following the money trail, the feds now needed only to prove a connection between a legitimate business and mafia money to make a case.

As a result, more mob men went down in court than in a hail of bullets. Famous mob wise guys like Al Capone went down for tax evasion rather than his extensive hit list or other violations.

Casino crime still hits the news on a regular basis. But now the majority of obvious mob-casino involvement centers in the East. As new gambling meccas emerged in places like Sihanoukville, Cambodia, and Macau, a Chinese SAR, so did the triads. Chinese organized crime, aka triads, began to infiltrate these budding casino towns. In Cambodia, the triads simply bought most of the hundreds of casino licenses on offer, leading to a huge increase in the mob presence in Cambodia.

As these new Asian gambling hubs drew mainly Chinese nationals for gambling tourism, crime in the local communities grew. Finally, pressure from China (where gambling is illegal) on Cambodia led to a fundamental change in gaming regulations, and the crime boom was nipped in the bud.

In Macau, however, the gaming licenses are few and far between. Only half a dozen licenses were on offer, meaning all of them were divided among the biggest casino companies in the world. This meant that any random triad influence was off the table.

Enter: VIP junket tours. The new way to introduce tons of cash into the Eastern gambling market is through junket tour operators. These luxury tours are designed for Chinese high rollers to hit the hotspots like Macau easily. Private jets, luxury suites, cash and credit services, and more make these tours a great way to bring huge amounts of cash into casinos.

This is currently the case in Australia, where VIP junket tours operating in the Crown casino have come under fire. Allegations of criminal conduct and mob ties have led to an ongoing series of investigations into the Crown Melbourne for problems with money laundering, drug and sex trafficking, and more.

In addition to the small percentage of actual crime associated with gambling, some people assume all gambling opens the doors to crime. Usually these groups are conservative religious groups which view gambling itself as a ‘sin’ or an unsavory activity. This is why most of the pushback against casinos is usually by fundamentalist groups of various stripes.

Many people who oppose gambling also claim that it causes crime just by existing, leading to gambling addiction, rising crime rates, etc. However, gambling awareness groups show that the rate of those with gambling problems is a very low 2% – 5% of those who gamble.

Often, the contrary of what these groups believe is true. Casinos bring thousands of jobs to economically struggling areas and tax revenue for the cities and states where they operate. Statistically, crime is higher in areas with high poverty and high unemployment rates. By bringing in the casino cash cow, everyone gets to milk it for benefits.

Just as it’s your choice to drink, smoke, or engage in risky behavior like extreme sports, gambling is also a personal choice. Anything with a built-in thrill comes with risk — which is why humans enjoy risk. The feeling that comes with risk is exhilarating, more so than actually winning.

Naturally, a small percentage of people will be consumed by the risk, just as there will always be the possibility of gambling harboring criminal elements. But there are always rules and regulations in place to serve as a buffer against crime.