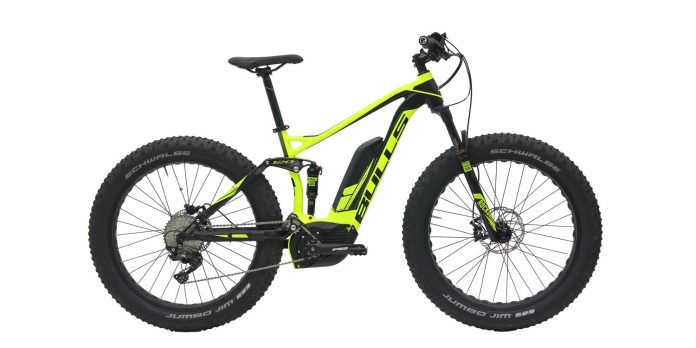 Bicycles are a very healthy and inexpensive means of transportation that come with a whole load of other benefits such as preserving the environment, while reducing ecological footprints, carbon emissions and air contamination. While they started out as a common mode of transportation back in the early 20th century, cycling has been reduced to merely another recreational activity, except in very few countries like Holland and Belgium.

Bicycles had remained virtually unevolved throughout a century of technological advancements in cars and planes. However, newly powerful batteries and shrinking motors have evolved, leading to the emergence of electric bikes. The electric bike is another technology that is thriving quietly without getting as much attention as Smartphones and automobiles.

Electric bikes are bicycles that have an integrated electric motor that it uses for propulsion. There are various forms of electric bikes around the world, from the ones that have small motors to assist the cyclist’s pedal power to more powerful ones with functionality close to that of a moped. However, these bikes still rely upon the pedaling ability of the cyclist, which distinguishes them from electric motorcycles. In other words, they still work in the exact same way as traditional bikes, but they use the electric motors and battery to give the cyclist that extra boost when needed. You might want a faster ride, or a little extra help to keep up with your fit friends, a boost up the steep hills or simply to turn your daily work commute less of a struggle and more of a breeze. And the best part is that you can choose the level of “assist” you want while pedaling.

The electronic bike segment has seen a notable growth over the past decade both in distance traveled and in consumer spending. The increase in kilometers and in spending can partly be credited to the increase in popularity in electronic bikes since they make it possible for a lot of people to cover longer distances. Their sales share over the past decade has increased from 3% to 22%.

So why should you buy an electric bike over a traditional bike?

There are a number of practical reasons to choose an electric bike over a traditional bike. 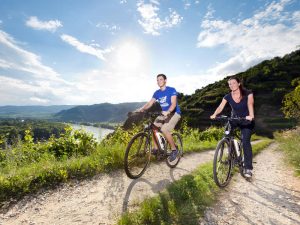 Cycling on a traditional bike is a sweaty business and most people might avoid commuting to work on a bike because of that. Of course, no one wants to walk into a staff meeting drenched in sweat; it is not a good look for the office. However, you can avoid such situations because electric bikes provide you with that cruising and cycling combo that saves you some sweat. They allow you to burn some calories while at the same time preventing your commute from becoming a high-intensity physical activity that you are not dressed for. 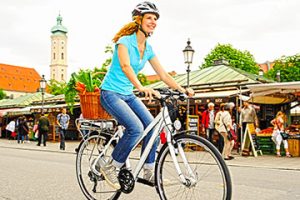 A lot of people fear cycling because of hills, along with the possibility of wandering off the beaten path and not coming back easily. Or, maybe it is because of age, health issues or even athletic ability that people are dissuaded from cycling. And for others, as mentioned above, there is the possible embarrassment of arriving unkempt and sweaty to official places like work.

Electric bikes, however, allow you to pedal as long as you are comfortable, and the motor helps you when the going gets tough. You may require a lot of this help from the motor in the beginning but as time goes by and as you build your strength, you might find yourself reducing the level of help you need from the motor. With practice you can completely turn it off eventually.

You can still exercise on an electric bike

Most people assume that electric bikes are for people who avoid the exercising factor that comes with traditional bikes. But actually, it is the exact opposite. Electric bikes are meant to encourage more people to get into cycling. While the electric bike helps you to ride up steep areas and to cover ground much faster and easier, it is also good to note that it is considerably heavier compared to traditional bikes because of the additional motor and battery. When you are pedaling, your own output minus the motor can translate into a high-intensity workout, especially for your core which strengthens with every turn. Consider the electric bike as simply a bike with extra equipment that makes it heavier, thus making pedaling a little bit challenging. 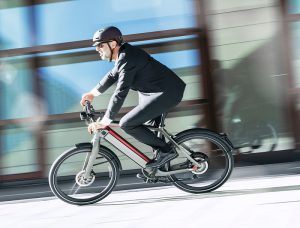 Traveling by electric bike can help you cut down on your mass transit budget and can spare you the traffic jams that come with automobile commuting. In fact, electric bikes can shorten your commute time considerably, with the help of a good old pedal powered generator that can reach a top speed of 16mph. Electric bikes also allow you to accelerate right from the start and from there you can maintain a higher speed, even when going over hills.

Most bike accidents happen at junctions, such as roundabouts and crossroads. This usually happens because it takes a halted cyclist a few crucial minutes to build up speed. In such a situation, the motor in electric bikes helps to accelerate and get you out of danger much faster. Also, because it is easier to keep up with the traffic flow, electric rides are much safer, freeing cyclist from the fear of being overtaken by cars, lorries or buses.

Electric bikes are great for exploring the world

Electric bikes make perfect touring bikes. Most of the designs have fatter tires as well as eyelets to fit panniers and racks on. This makes riding long distances more comfortable and manageable. And, again, the motor can greatly help out when the weight of your camping kit becomes heavier. Long distance pleasure drives on electric bikes are totally different than undertaking the same voyage on a traditional bike where you have to tolerate the inconvenience and strain that come with pedaling daily.

Electric bikes are great for headwinds and crosswinds 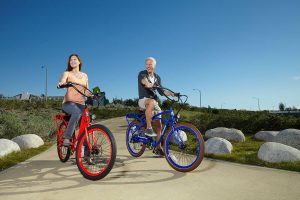 Another obstacle in cycling is the wind, which can be difficult to overcome on traditional bikes. The wind is on the good side only when it is behind you, but when you are sandwiched between strong gusts of headwind or crosswind it ruins the fun. In fact, it can even be dangerous. However, the motor in electric bikes can take on wind without any problem. Simply increasing the amount of power on your motor can easily help you withstand both the headwinds and the crosswinds.

Riding an electric bike is much different than riding a traditional bike. It gives you the pleasure of sitting back, relaxing and appreciating the surrounding environment that you may have missed on previous journeys.

As a bonus point, most countries consider electric bikes to be the same as regular bikes. Therefore, you don’t need a driver’s license to own one and you can use them in bicycle lanes. You can have all the benefits of a traditional bike on an electric bike and then some. Plus, they are great for people of all ages.