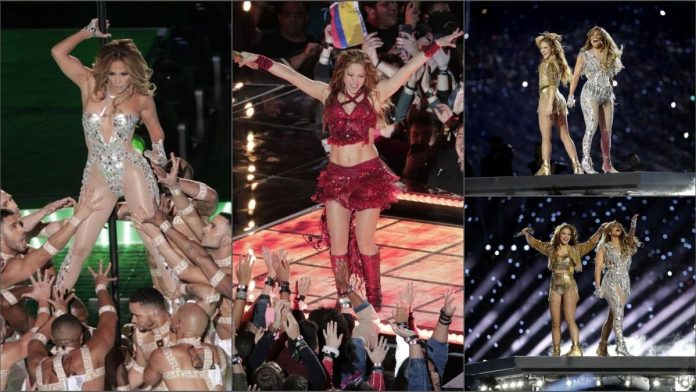 The Super Bowl halftime shows run the gamut from sleep-inducing to scandal ridden. For the first 20 or so Super Bowl games, nobody even thought of the halftime show as anything more than a bathroom break. Most of the fanfare involved high school marching bands nobody has ever heard of and majorettes twirling batons with tubas blasting in their ears.

It wasn’t until the Elvis impersonators started appearing that some television honcho peered up from his booze and said ‘Wait! We could do so much better than this!’ Somebody did the math: 100 million pairs of eyes land on the Super Bowl each year, and the halftime show should really pop. Over the following decades, the halftime shows have showcased some weird, wild, and wacky stuff. And some of it has even been amazing.

Weird fact: Super Bowl halftime performers do not get paid for appearing in the Super Bowl halftime show. They get their expenses covered, but they don’t earn a cent. But many sagging musical careers got a serious shot in the arm after a brief appearance in front of hundreds of millions of eyes.

But in some cases, the performances didn’t go off as expected. And some of them were just downright weird.

In 2011, Super Bowl halftime featured a veritable smorgasbord of bad choices, starting with the Black Eyed Peas, Christina Aguilera, and Slash. According to Rolling Stone, the combination of light-up robot suits, bad musical choices, and weird performances was like witnessing something magical. “Like seeing a unicorn cough up blood.”

The Peas did a ridiculous version of “I’ve Had the Time of My Life,” and then the unthinkable happened. They invited Slash from Guns n Roses on stage for a duet with Fergie, and the crap really hit the fan. The only thing that could make it worse was when Christina Aguilera screwed up the National Anthem so badly that music may never recover.

Some of the halftime shows were so weird it appeared that somebody lost a bet and was forced to flip a coin for the musician who would appear. In 1992, the Super Bowl was held in Minnesota, so naturally, some brainiac decided on a ‘Winter Magic’ theme. With figure skaters Dorothy Hamill and Brian Boitano, surrounded by hideous dancing imps. 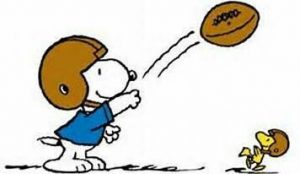 And then Gloria Estefan showed up. By this time, everyone had switched channels to watch In Living Color’s live comedy special. Just for a laugh amidst all the Super Bowl depression.

Another weird Super Bowl halftime choice was dropping Snoopy, Charlie Brown, and the Peanuts gang in the middle of a Mardi Gras parade show in Super Bowl 1990. Apparently, they wanted to cover all bases: kiddie shows, jazz, and drunken street debauchery. Which seldom mix well.

The Wild and Wacky

Even people who are not sports fans heard of the biggest Super Bowl halftime scandal in history (2004). It was called the wardrobe malfunction that killed a career, and it involved Janet Jackson and a slipping bra. The media called it ‘Nipplegate.’

Janet Jackson (Miss Jackson, if you’re nasty) was strutting and bouncing around the stage alongside Justin Timberlake (for some unknown reason), when a brief moment of exposure occurred. Janet partially bounced out of her top, and live tv would never be the same.

The Bush administration condemned the poor Miss Jackson, demonizing her and the music industry, and embarking on a mission to ruin her career, all while waging war in the Middle East at the same time. What a busy guy!

But one of the wildest and wackiest halftime performances of all time goes to Super Bowl 35 in 2001. This time, they pulled out all the stops. They combined comedy sketches from Adam Sandler, Chris Rock, and Ben Stiller with superstars Aerosmith, Britney Spears, NSync, and Mary J. Blige. 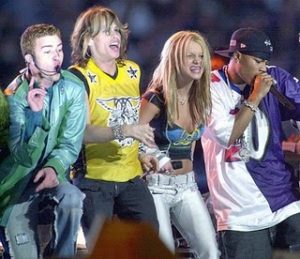 Watching the backstage rehearsal, Chris Rock called it the “whitest thing I have ever seen” before Adam Sandler dropped in to coach the stars with some hilarious dance moves. The resulting stage show, called AeroSync and NSyncosmith by Ben Stiller, nearly blew the roof off the dump.

Aerosmith’s ‘Walk This Way’ already bridged the color gap when it was remade by RUN DMC in 1986. The perfect merger of 70s hard rock with 80s hip hop smashed the charts. So, when ‘Aerosync’ hit the stage and performed ‘Walk This Way’ at the Super Bowl, the energy crackled like lightning in a Tesla coil. 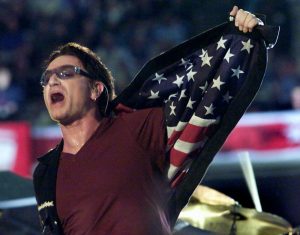 U2 didn’t earn its reputation as one of the greatest bands in the world by accident. Decades of chart-busting rock anthems, political activism, and pop-song powerhouse albums gave them hit after hit for decades. And their live shows are the stuff of legend.

People familiar with U2’s live shows can expect never-ending energy, and rock anthems which stretch out into a medley of a dozen songs woven into one hell of a show.

Then the halftime show at the 2002 Super Bowl happened. Just months after the fateful date of 9/11, U2 took to the stage and put on one of the most heart-wrenching tribute performances of all time. “Beautiful Day” merged into a melody with “MLK” while the names of the 9/11 victims scrolled up a giant screen toward the sky. Angels wept, along with millions of fully-grown men.

The Super Bowl halftime show of 2007 was literally the perfect storm. After raining nearly all day (which never happens at the Super Bowl), the genius formally known as Prince hit the stage. Nervous promoters called His Royal Badness and told The Artist that it was raining.

To which Prince replied: Cool. Can you make it rain MORE? And what followed was probably one of the best Super Bowl halftime shows in history: the purple symbol-shaped stage, the purple symbol-shaped guitar, and Prince, singing “Purple Rain” in the pouring rain. With a neon-lighted marching band under purple light. It doesn’t get any better than this.

By the end of his blistering guitar solo, Prince beckoned the crowd to sing, filling the stadium with oohs and aahs, stampeding marching bands, orchestra music, and royal purple rain. It was a moment of pure genius. 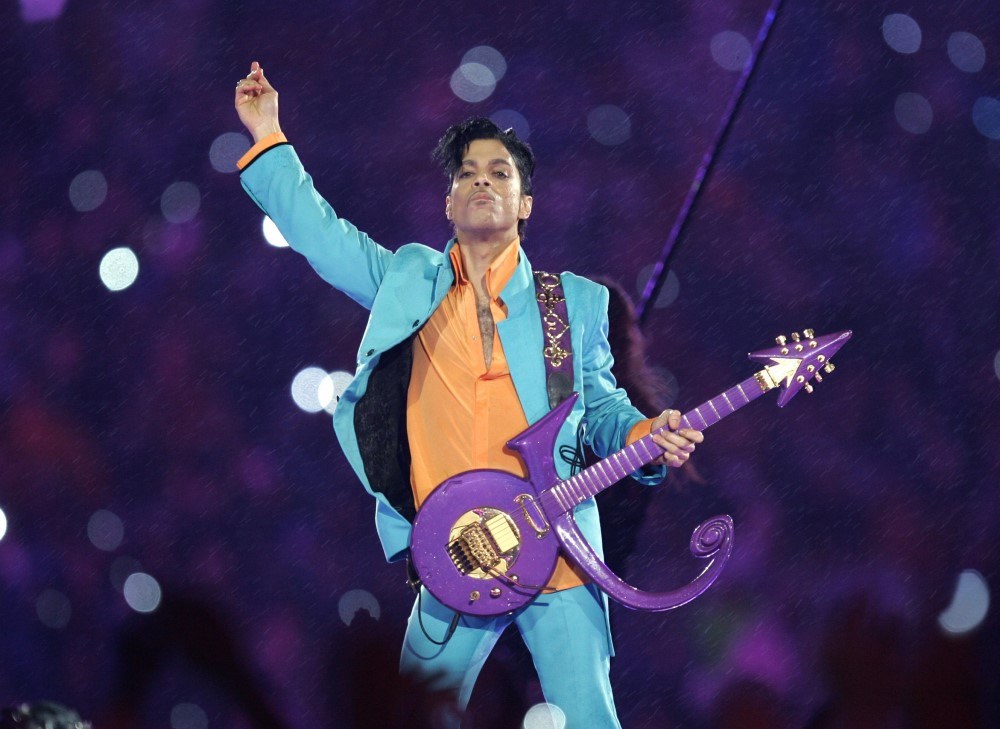 The Show Must Go On

What impact will the pandemic have on Super Bowl 2021? Will the teams and bands play in an empty stadium? It’s highly unlikely that the Super Bowl will be cancelled. It’s one of the biggest sporting events in the world.

The Super Bowl is where the best of the best come together once a year to decide which team will emerge as the champion. And during this half-day long event filled with commentary, football season clips, and furious sports betting, the halftime show must go on.